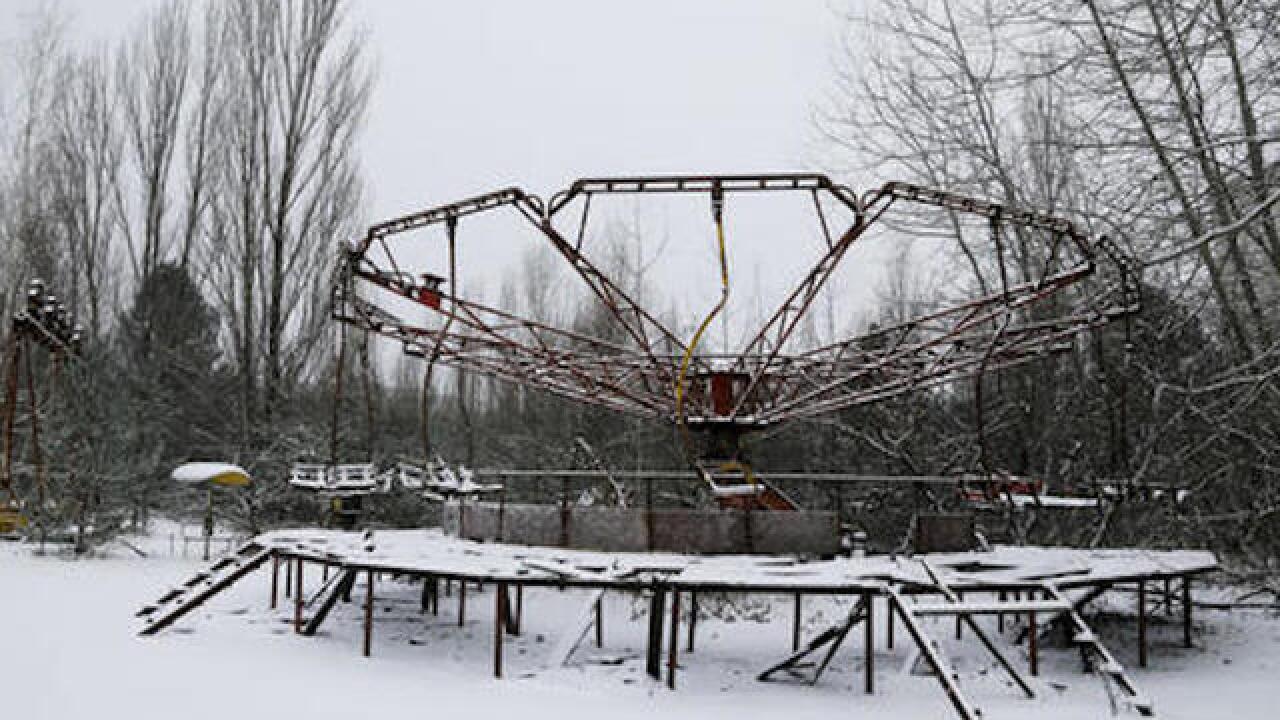 CHERNOBYL, Ukraine (AP) — Workers completed a massive shelter over the Chernobyl nuclear plant's exploded reactor on Tuesday, one of the most ambitious engineering projects in the world that one expert said had closed "a nuclear wound."

The half cylinder-shaped shelter was locked in place over the plant's reactor No. 4 after being moved in on hydraulic jacks for two weeks. It marks a significant step toward containing the consequences of the world's worst nuclear accident, which occurred 30 years ago in what is now Ukraine.

Ukrainian President Petro Poroshenko described the new shelter as "the biggest moving construction that humanity has ever created."

Workers will now begin dismantling unstable parts of the original cover, the so-called sarcophagus, which was built over the reactor shortly after the disaster to contain radiation.

The April 26, 1986 explosion at the reactor sent a cloud of radioactive fallout over much of Europe and forced the evacuation of about 115,000 people from the plant's vicinity. A 30-kilometer (19-mile) area around the plant has remained largely off-limits and the town of Pripyat, where the plant's workers once lived, was turned into a ghostly ruin of deteriorating apartment buildings.

The new shelter is 275 meters (843 feet) wide and 108 meters (354 feet) tall and cost about 1.5 billion euros, according to the European Bank for Reconstruction and Development. More than 40 governments have contributed to funding its construction, which involved 10,000 workers.

EBRD President Suma Chakrabarti hailed the shelter as "a testament to the lasting international solidarity with Ukraine and the commitment to nuclear safety."

Hans Blix, chairman of the Chernobyl Shelter Fund, said "thirty years after the accident, pains and costs are still there but the healing process has come a long way."

"Moving together two halves of the huge arch and sliding the gigantic shelter in the position over the historic reactor is like closing a wound, a nuclear wound that belongs to all of us," he said.