Man wedged between buildings after trying to impress woman 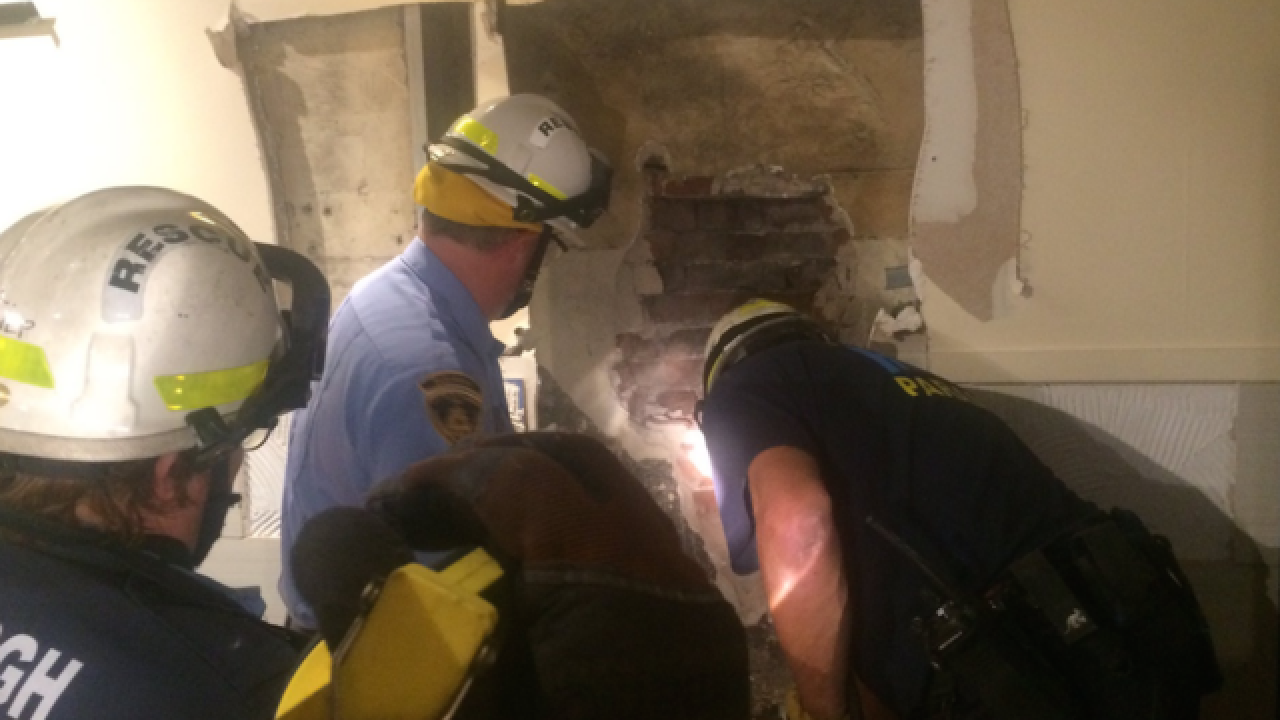 A man who tried to impress a woman found himself wedged in between two buildings early Tuesday morning in Pittsburgh, forcing rescuers to cut through a wall to reach the man.

Pittsburgh Public Works officials along with members of the city’s police and fire divisions had to cut through the wall of a restaurant to reach the man who was stuck 5 feet off the ground.

KDKA-TV reported that the man, who was identified by the Pittsburgh Post-Gazette as University of Pittsburgh student Grant Birdsong, attempted to jump from a shorter rooftop to a taller building before getting wedged in a gap 16 to 18 inches wide. The woman the man was trying to impress called 911 and waited four hours as rescuers freed the man.

KDKA added that Birdsong sustained a broken ankle and needed surgery on Tuesday.

“It appears there were three walls that we had to go through and also we had people on the roof, one of the paramedics did rappel down the three stories to render assistance and to get a landmark as to where he was,” Pittsburgh Public Safety Director Wendell Hissrich told the station.

Pittsburgh Public Safety officials said it could not confirm whether he will be granted another date with the woman.