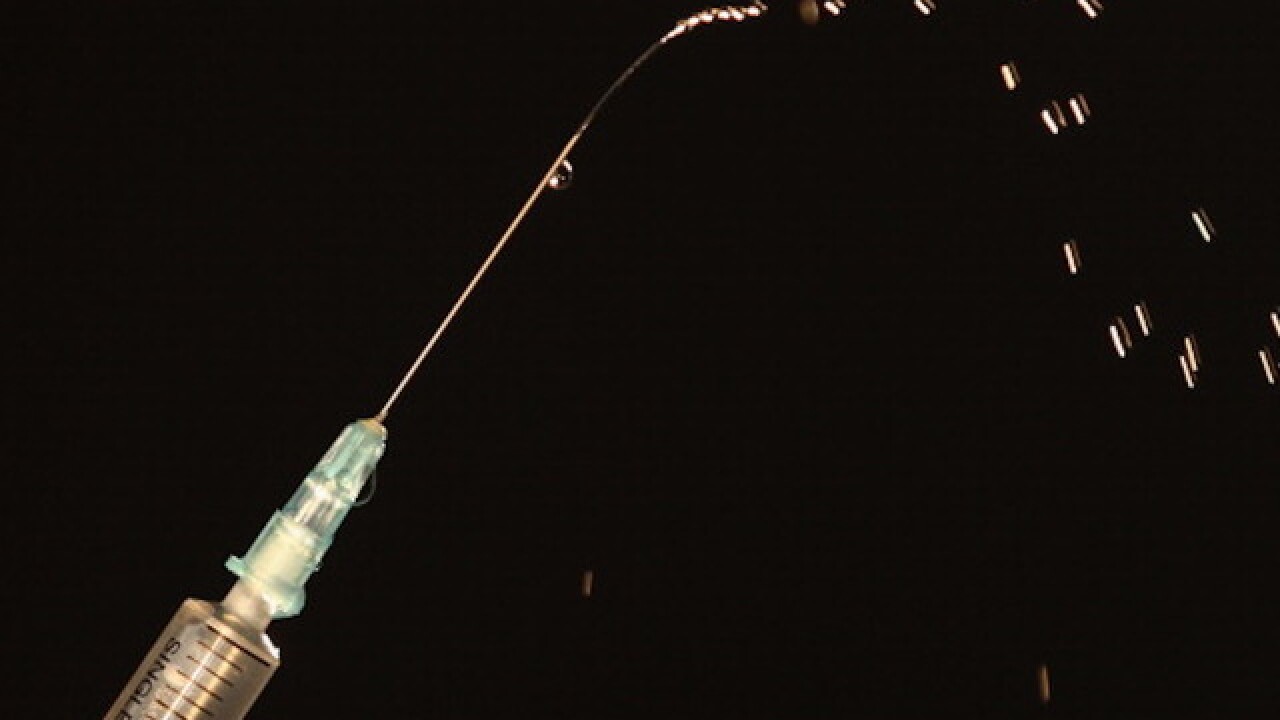 Copyright 2017 Scripps Media, Inc. All rights reserved. This material may not be published, broadcast, rewritten, or redistributed.
Robert Cianflone
<p>MELBOURNE, AUSTRALIA - FEBRUARY 21: Liquid is released from a syringe on February 21, 2013 in Melbourne, Australia. The Australian Crime Commission on February 7th released findings from a 12 month investigation into Australian sport, uncovering the possibility of match fixing, drugs in sport and links to organised crime. (Photo by Robert Cianflone/Getty Images)</p>

According to CBS News, Timothy Blake was arrested and charged with pandering obscenity, sexual imposition and two counts of menace by stalking. He did it at least a dozen times.

On Nov. 2, a woman told police she was shopping in the Marietta, Ohio store when she noticed a man she described as “creepy” lingering behind her. She then reported feeling something wet on her backside, and went to the restroom to clean off a sticky substance.

After she left the bathroom, the man continued to watch her, she told police. Surveillance video later spotted him driving away in a company truck.

“The insignia on the side of the truck was a very distinct bumblebee for the oilfield company he works for in the area,” Washington County (Ohio) Sheriff Larry Mincks told the Marietta News and Sentinel.

On Dec. 28, a similar incident involving a different woman was reported at the store. Police spotted another company truck in the parking lot and tracked Blake down for questioning.

Blake initially claimed the sticky substance was egg yolks, but later admitted to using semen after police told him they tested the material. Blake also said he had squirted women with a syringe 12 times.

“The defendant stated maybe it was his way of having sex with these women,” police wrote in the affidavit, according to CBS News.

Blake is married, but claimed his wife did not know about the incidents. CBS News also reports that he blamed his parents, who he claims molested him as a child.

Blake was arraigned in court this week, and he pleaded not guilty.