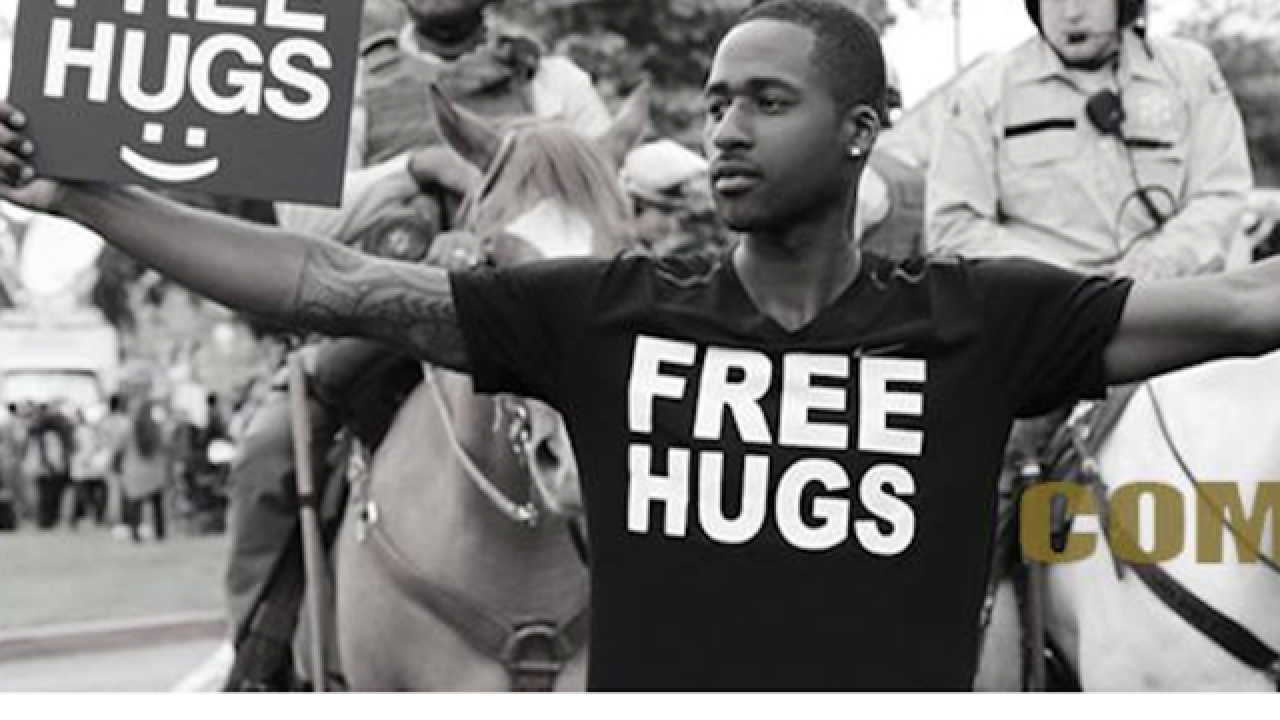 Could free hugs be the solution to racial tension?

One man hopes so.

Ken Nwadike has been traveling throughout the country offering free hugs to police officers and protesters along with pretty much everyone else.

Nwadike's latest video came after the CEO of Superhero Events visited Charlotte, North Carolina following violent protests after a man was shot and killed by a police officer.

RELATED:  Charlotte shooting video to be released only after victim's family sees it

Keith Lamont Scott, 43, was shot and killed in Charlotte on Tuesday. Both Scott and the officer who shot Scott are black.

Nwadike, meanwhile, is trying to raise awareness on social issues by going to various events and offering hugs.

Below is a link to the Free Hugs Project Facebook page, which is liked by more than 700,000 people.

WARNING: Some of the videos on the site have profane language.

The main video for the Free Hugs Project has 2.6 million views on YouTube.