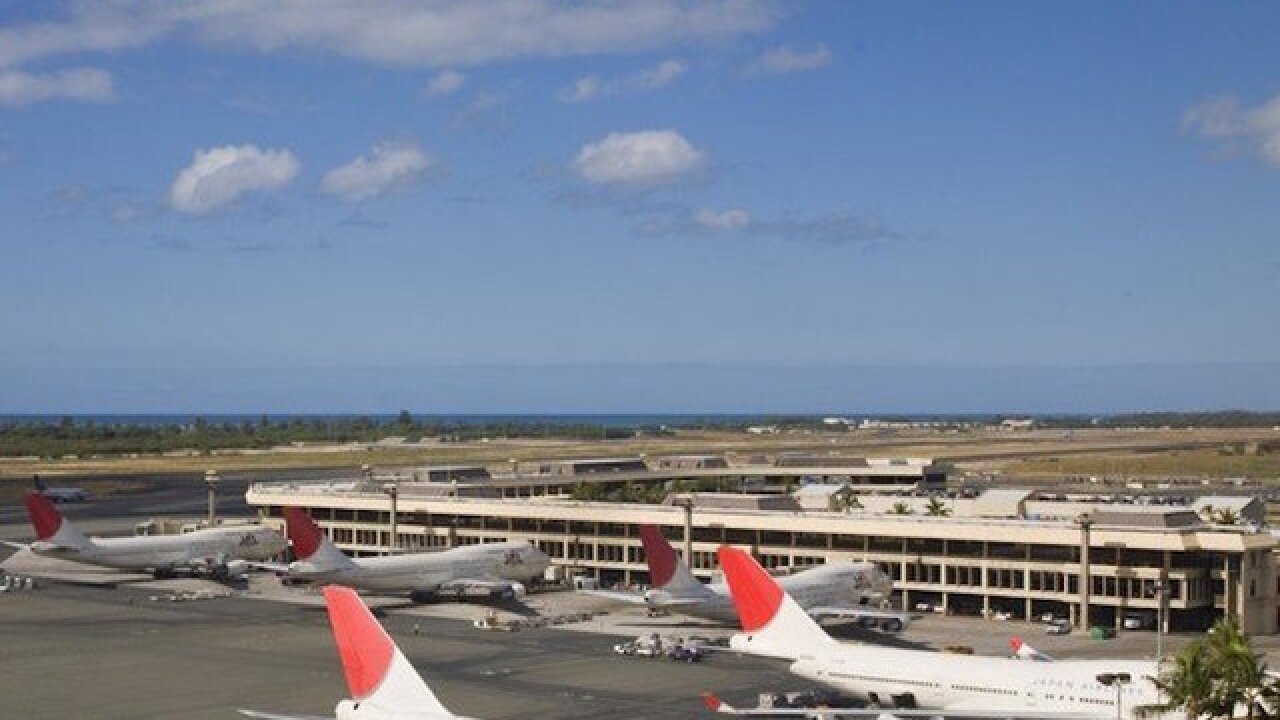 © 2017 Cable News Network, Inc.
From Honolulu Intl Airport
<p>A man forced his way into a secure area at Honolulu International Airport and died after he was detained, the Hawaii Department of Transportation said.</p>

(CNN) -- A man forced his way into a secure area at Honolulu International Airport and died after he was detained, the Hawaii Department of Transportation said.

The incident took place at the airport's commuter terminal Saturday morning. The unidentified man forced his way through the exit lane of the security checkpoint and gained access to an area where ticketed passengers were waiting to board, Hawaii DOT officials told CNN affiliate HawaiiNewsNow.

"Even after he was detained, there was still a struggle and the suspect remained combative and at that point is when he became unresponsive," Tim Sakahara, DOT spokesman, told HawaiiNewsNow. He was transported to a local hospital, where he died.

Honolulu Police have opened "an unattended death investigation," the Hawaii DOT said in a statement.

While there was no impact on airport operations, authorities are investigating the security breach, the Hawaii Department of Public Safety told CNN.

HawaiiNewsNow's Mahealani Richardson, who was at the airport waiting for her plane to leave, said the incident frightened travelers.

"All of a sudden this man, a very large man, ran through the terminal and started ramming himself through the doors," Richardson reported.

"It was really scary during those moments, we had no idea what was going on," Richardson said. "We just had to duck down and cover ourselves because we didn't know if the suspect was going to come at us. We had to protect ourselves."

One law enforcement officer was also injured in the incident, according to officials.