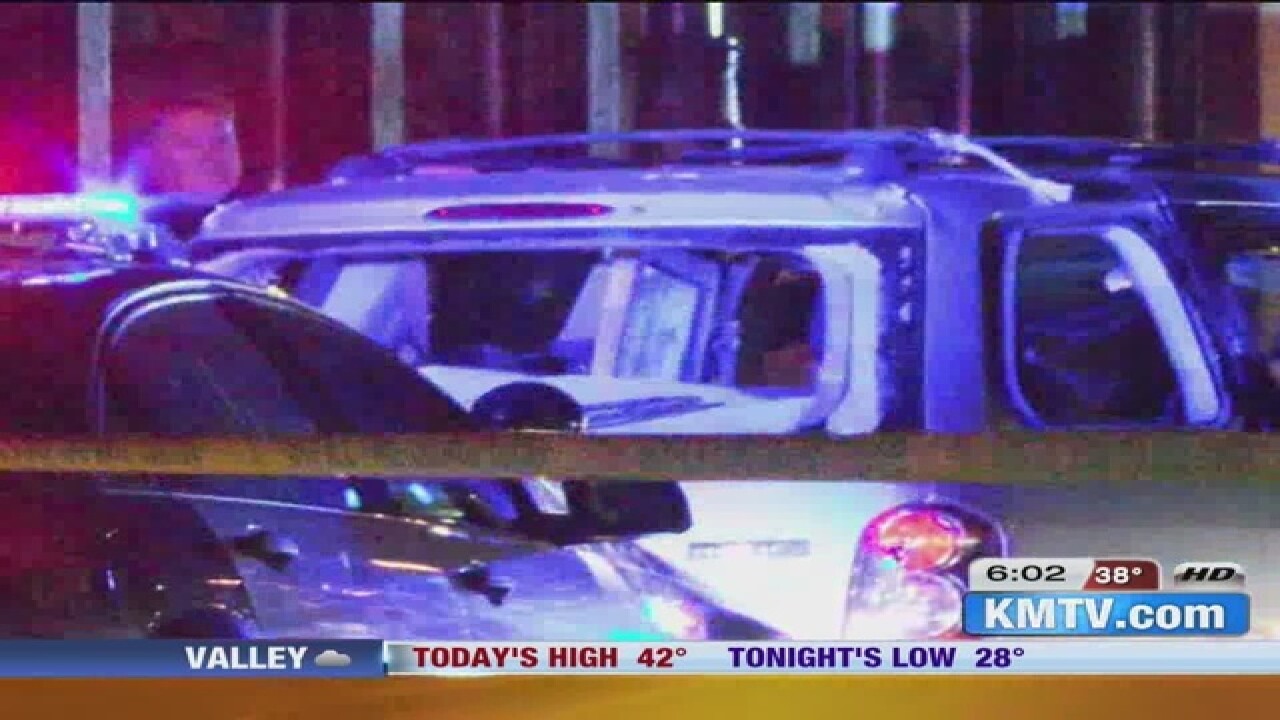 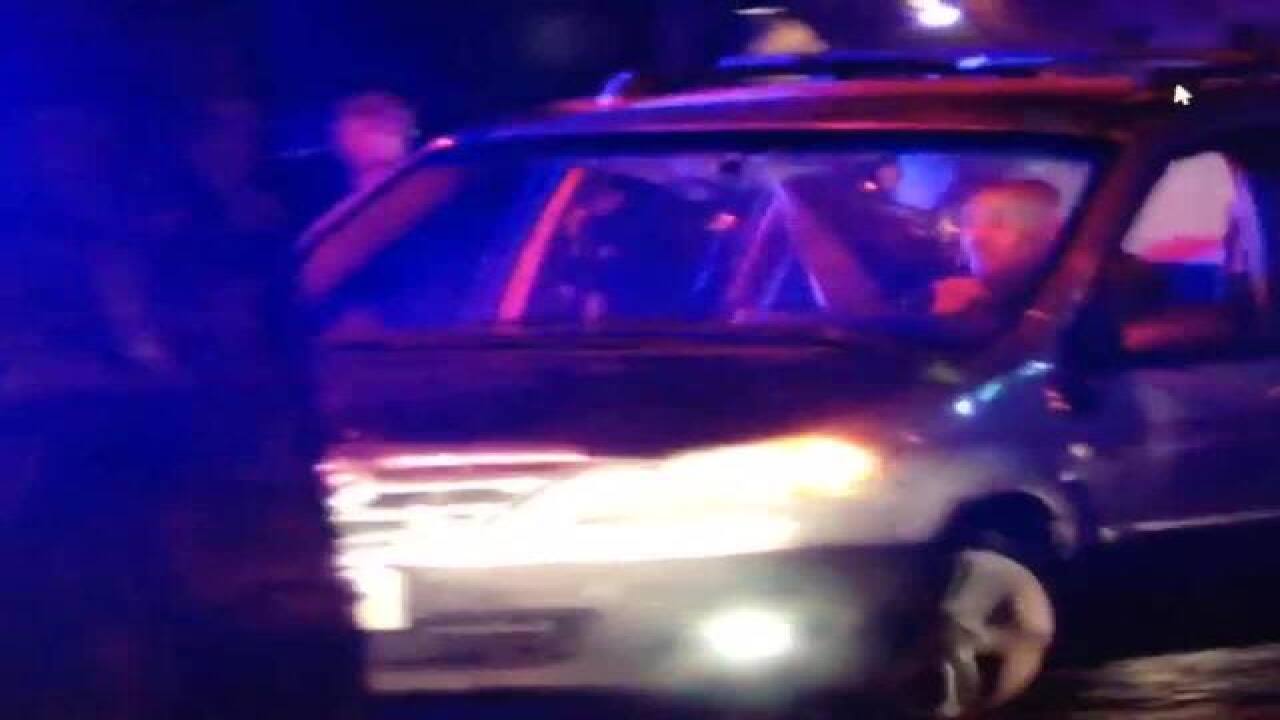 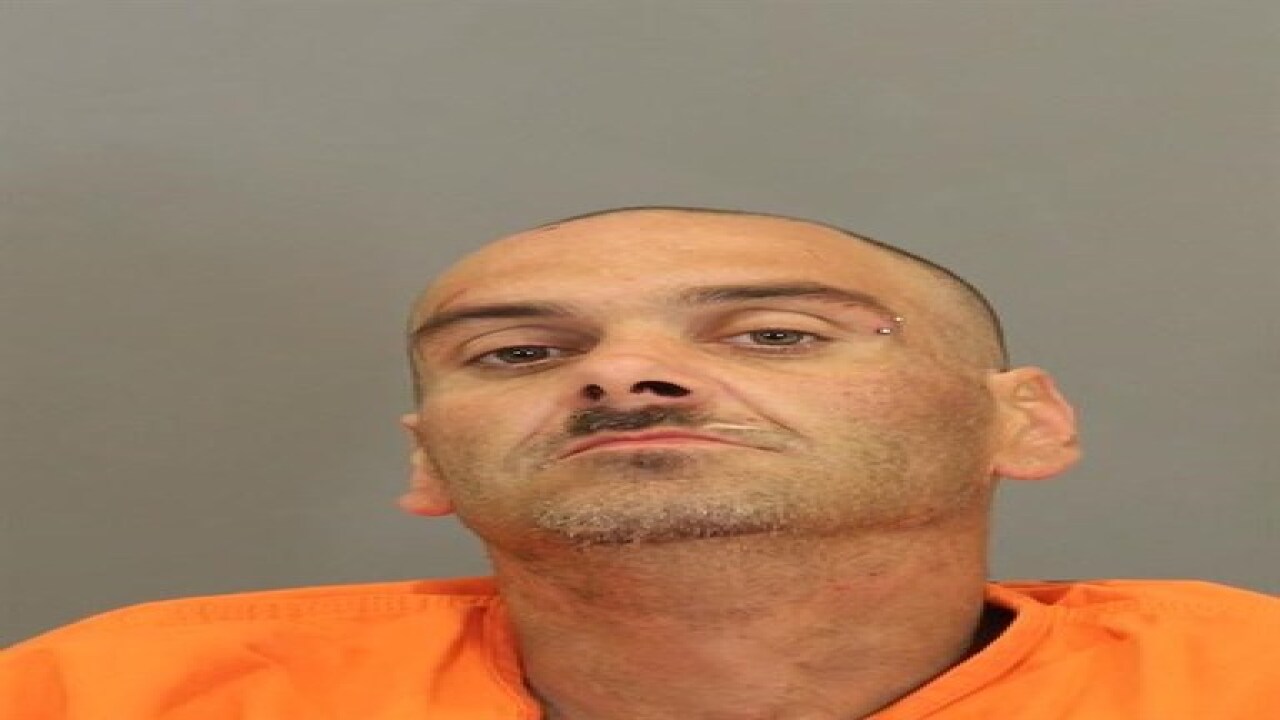 According to Omaha Police, the incident first started at 11:49 p.m. Wednesday night when officers were called to Nebraska Medicine regarding an assault.

The victim, identified as Eric Carlson told OPD that he was with his brother, 36-year-old Steven Carlson near 27th Street and Poppleton Avenue when they began to argue.

During the argument, Steven struck Eric multiple times before holding a "hatchet" to his throat.

The victim was able to get free and escape the vehicle.

The suspect then fled the area in his car.

Omaha PD officers were then dispatched to the area to check for Carlson after they were told he may be sleeping there.

Officers located Carlson sitting in his car, and upon contact, he ignored commands to exit.

Authorities say that's when Carlson put his vehicle in drive and accelerated towards two of the officers.

Officials said this became a pursuit as Carlson drove into the state of Iowa, stopping at a gas station at 35th and Broadway streets.

At that time, Carlson struck an Omaha Police cruiser.

Council Bluffs Police Department assisted with the pursuit until Carlson crossed back to Nebraska on I-480 and entered the Old Market area in Omaha.

Officials said they deployed stop sticks after Carlson's vehicle came to a rest in the area of 13th and Howard Streets.

When OPD officers attempted to engage Carlson, he placed a knife to his throat.

OPD officers then used a taser and pepperball in an effort to detain Carlson, but neither was effective.

Carlson was caught near 12th and Howard after officers blocked the area.

A K9 unit was deployed and took him into custody.

Carlson was transported to Creighton University Medical Center for treatment of minor injuries before being booked into Douglas County Corrections for multiple charges.

Carlson is charged with the following:

Omaha PD officials say no officers were injured during this incident.