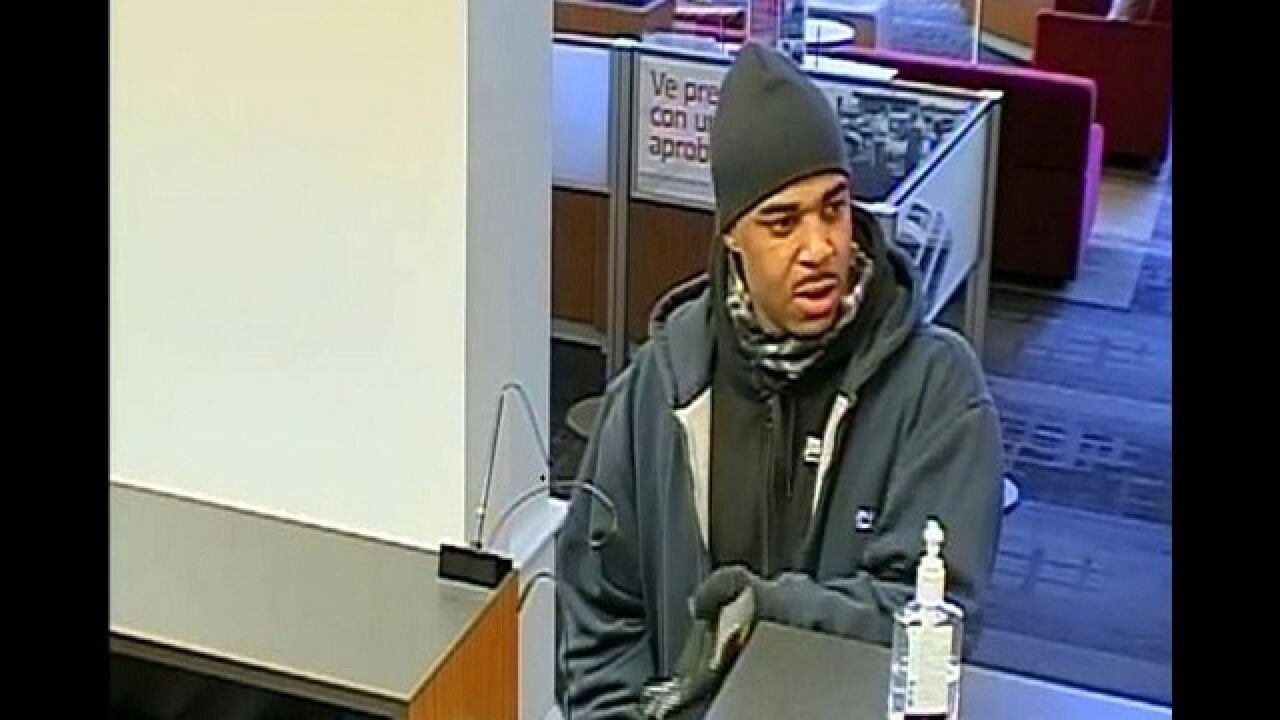 Copyright 2017 Scripps Media, Inc. All rights reserved. This material may not be published, broadcast, rewritten, or redistributed.
Boston FBI
<p>A captured prison escapee may be responsible for a bank robbery attempt hours earlier, Massachusetts authorities said. Police on Thursday afternoon apprehended James Walter Morales, who escaped a few days ago from a prison in Rhode Island.</p>

By: CNN
Posted at 9:36 PM, Jan 05, 2017
(CNN) -- A Rhode Island prison escapee matching the description of a man who tried to rob two banks earlier in the day was collared by a Massachusetts trooper after a foot chase, officials said Thursday.
James Walter Morales, who was not armed, did not put up resistance when Trooper Joseph Merrick caught him after a bank robbery attempt in Somerville, Massachusetts. Morales, who was caught as he tried to jump a fence, was identified by a tattoo, officials said.
Col. Richard McKeon praised Merrick and others involved in the manhunt for "bringing an end to this dangerous fugitive's attempt to escape justice."
Earlier Thursday, a man who closely resembles Morales, a 35-year-old former Army reservist, tried to hold up a bank in Cambridge, but fled before getting any money, according to Trooper Dustin Fitch, spokesman for Massachusetts State Police.
While it's unclear whether the robbery try involved any weapons, state police previously issued a release warning that Morales should be considered armed and dangerous.
After interviewing witnesses and reviewing surveillance video from inside the bank, they believed that Morales, the subject of an intense regional manhunt since New Year's Eve, was likely the person responsible, according to Fitch.
The Cambridge robber was wearing a black jacket with a gray sweatshirt, black knit cap, a scarf and black sneakers, according to Boston FBI field office spokesperson Kristen Setera.
Morales escaped from the maximum security Wyatt Detention Center on New Year's Eve. He will make an initial appearance Friday in Providence, Rhode Island, related to the escape, federal authorities said.
Morales allegedly stole a car in Attleboro and drove to Framingham, where his former girlfriend lives, according to CNN affiliate WCVB.
Morales was in federal custody for the theft of 16 guns from the Lincoln W. Stoddard U.S. Army Reserve Center armory in Worcester, according to authorities
Morales was also wanted out of Middlesex County, Massachusetts, in an alleged sexual assault of a child. Morales was out on bail in that case when the armory theft occurred, according to authorities.
CNN's Shachar Peled and Phil Gast contributed to this report.
The-CNN-Wire
™ & © 2017 Cable News Network, Inc., a Time Warner Company. All rights reserved.
Copyright 2017 Scripps Media, Inc. All rights reserved. This material may not be published, broadcast, rewritten, or redistributed.