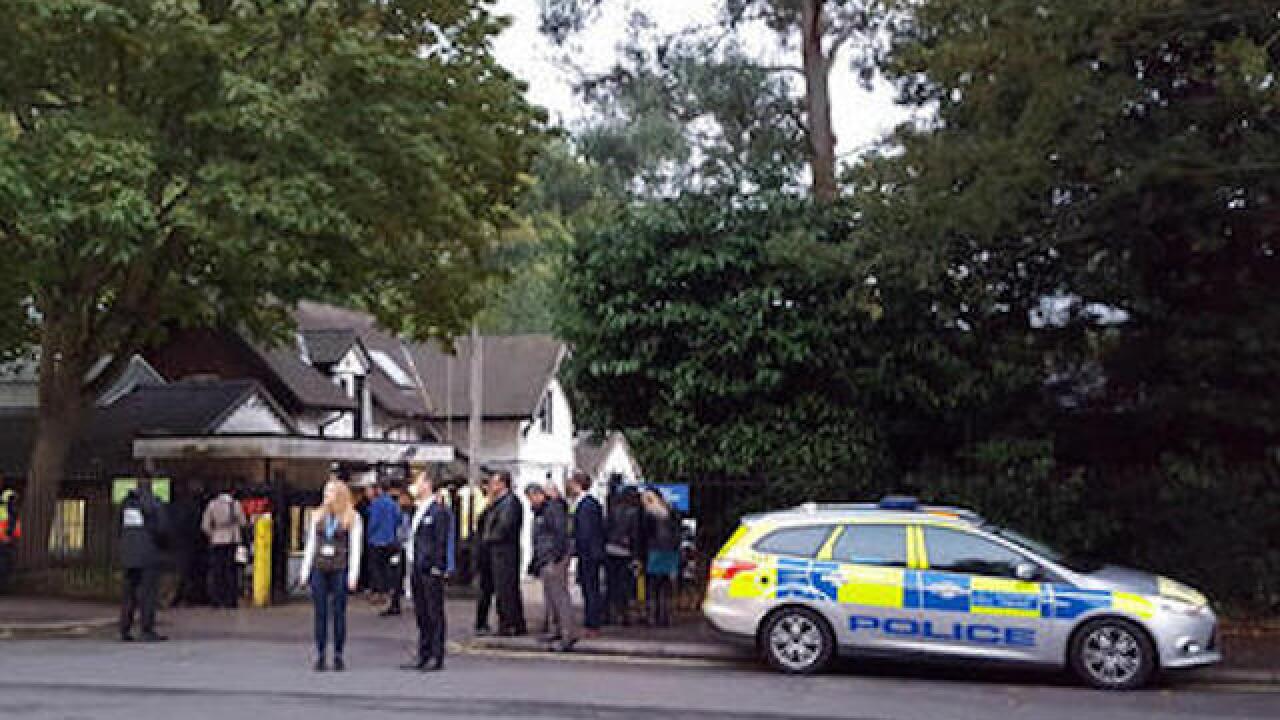 Lynne Chapman
<p>Police and evacuated visitors stand outside London Zoo after a gorilla escaped in London, Thursday, Oct. 13, 2016. London police say an incident involving a gorilla that escaped from its enclosure at the London Zoon has been concluded. There are reports the animal was subdued Thursday with a tranquilizer gun and recaptured. There were no initial reports of injuries. (Lynne Chapman via AP)</p>

LONDON (AP) — A potentially dangerous incident involving an escaped gorilla ended at the London Zoo Thursday evening after visitors were briefly locked down in a cafeteria and heavily armed officers were summoned to help workers hunt down the animal, police said.

The gorilla was apparently subdued by a tranquilizer gun and recaptured. There were no immediate reports of injuries to the public.

The zoo, inside Regent's Park in a crowded London neighborhood, houses at least seven gorillas in its popular Gorilla Kingdom attraction.

Eyewitnesses said the one that escaped appeared agitated and banged on the walls of its enclosure before it got out.

Jonny Briers, 22, told the Evening Standard newspaper he observed a gorilla charging at the glass at the end of its enclosure, but that the glass didn't break.

Briers said he heard a siren go off shortly afterward and saw zookeepers running from the scene and telling visitors to get inside.

"We went into the aquarium, and they locked the doors," he said.

Witness Brad Evans told BBC Radio that he was drinking coffee in the zoo cafeteria when zoo workers told visitors they were locked in and couldn't leave because a gorilla had gotten out of its enclosure.

He said armed police quickly arrived and that customers were allowed to leave the zoo shortly later.

It wasn't yet clear how the gorilla escaped and if it wandered from the zoo premises into the heavily populated urban neighborhood outside.

The London Zoo said only that it was "managing an incident."

In May, a gorilla was shot dead at the Cincinnati Zoo after it grabbed a 4-year-old boy who had fallen into a moat.

In 2007, a 400-pound gorilla escaped from an enclosure and ran amok at a Rotterdam zoo in the Netherlands, biting one woman and dragging her around before he was finally subdued.

The Diergaarde Blijdorp zoo was evacuated and the 11-year-old gorilla, named Bokito, was eventually contained in a restaurant within the park.