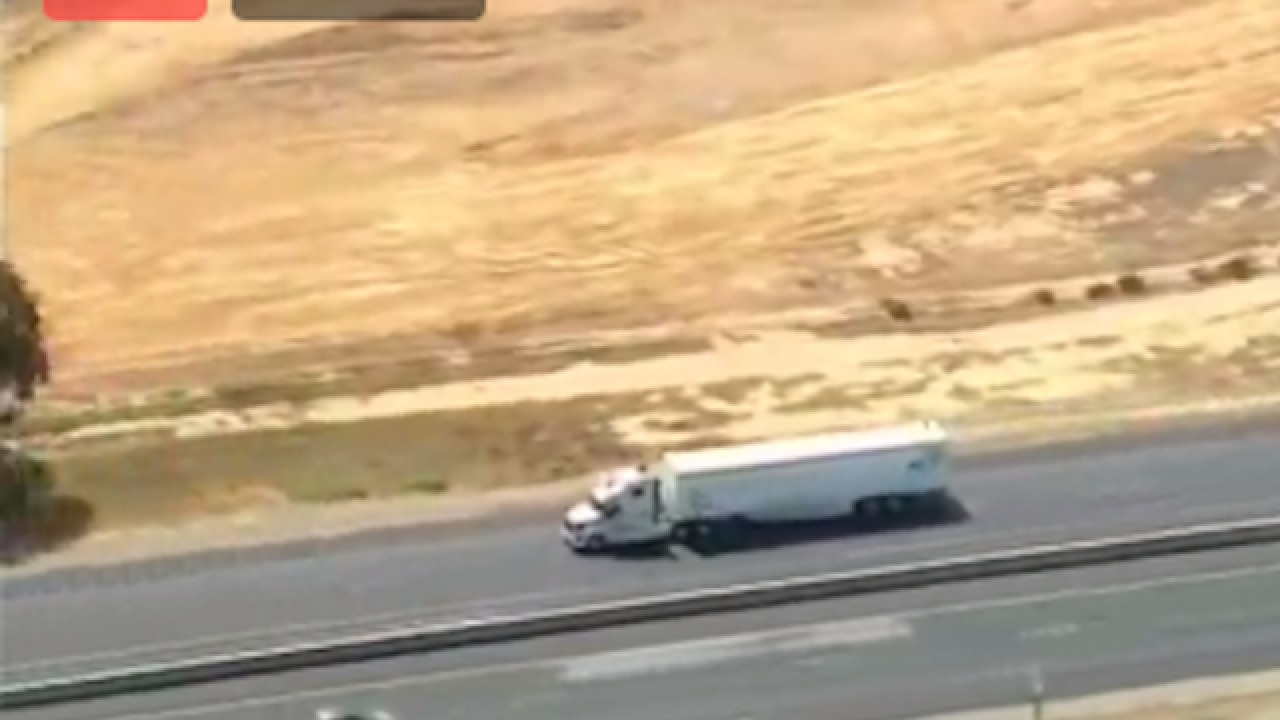 Police chased a stolen semi-truck in a high-speed chase on several highways outside of Riverside, California for three hours Tuesday afternoon.

Police began pursuit of the truck earlier on Tuesday after it failed to yield at a turn in San Bernardino at about 1:30 p.m. ET.

The unidentified suspect was arrested without incident at 4:40 p.m. ET at a rest stop on Interstate 10.