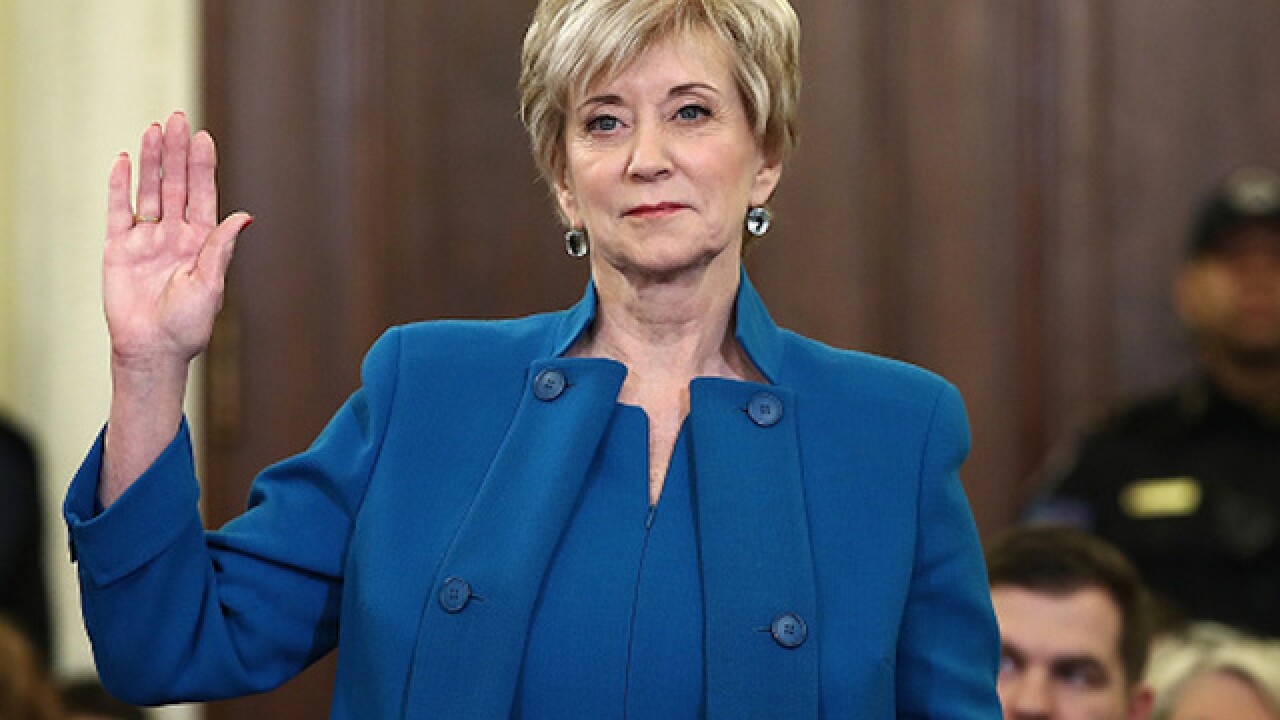 Copyright 2017 Scripps Media, Inc. All rights reserved. This material may not be published, broadcast, rewritten, or redistributed.
Win McNamee
<p>WASHINGTON, DC - JANUARY 24: Linda McMahon, U.S. President Donald Trump's nominee to be administrator of the Small Business Administration, is sworn in prior to testimony before the Senate Small Business and Entrepreneurship Committee January 24, 2017 in Washington, DC. The committee heard testimony on McMahon's nomination to the position. (Photo by Win McNamee/Getty Images)</p>

McMahon served as the chief executive officer at World Wrestling Entertainment Inc. before stepping down to run twice for the Senate in Connecticut. She lost both races despite spending some $100 million.

The two Democrats who defeated her — Richard Blumenthal and Chris Murphy — backed her nomination to lead the Small Business Administration.

McMahon helped WWE grow from about a dozen employees into an enterprise with more than 800.