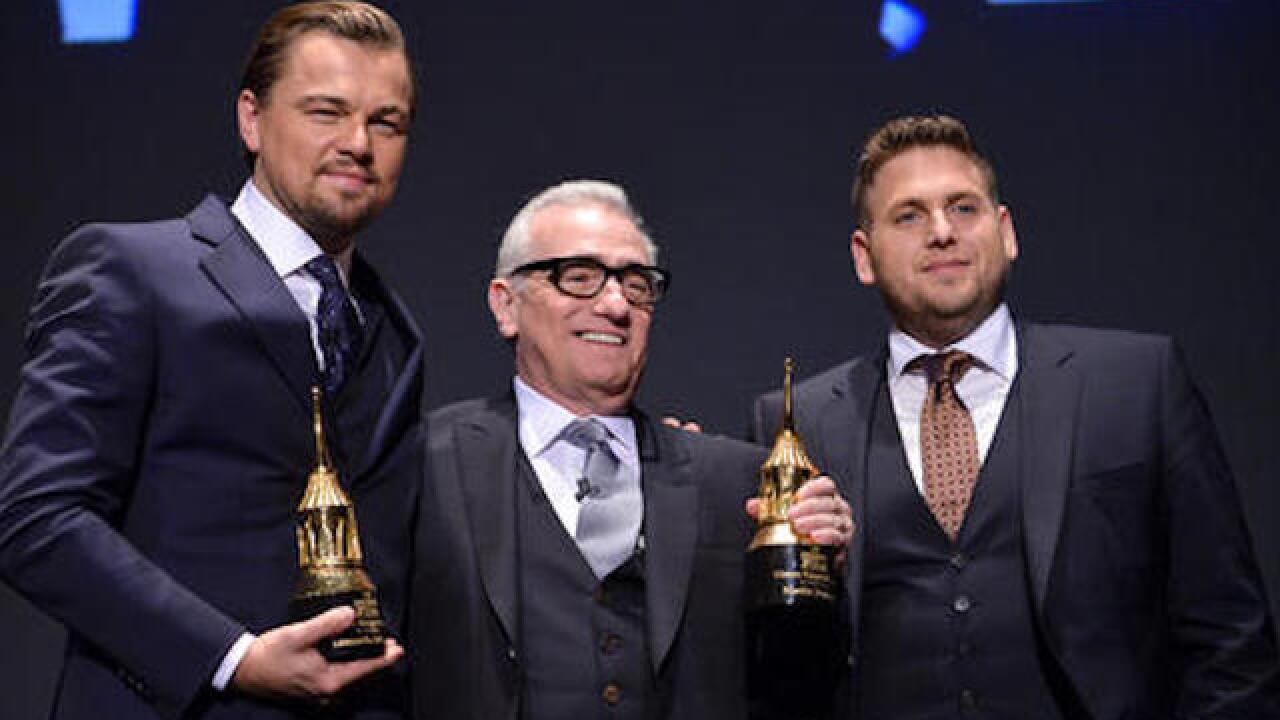 Video posted online by E! shows DiCaprio running up to an unsuspecting Hill with a smartphone in his hand while pretending to take pictures. Hill appears frightened before realizing who it is and smiling. The two then embrace.

DiCaprio and Hill co-starred in Martin Scorsese's 2013 film, "The Wolf of Wall Street," and both were nominated for Oscars for their roles.

They also appeared together on "Saturday Night Live" in 2014 and re-enacted a famous scene from "Titanic," with Hill playing the Kate Winslet role.