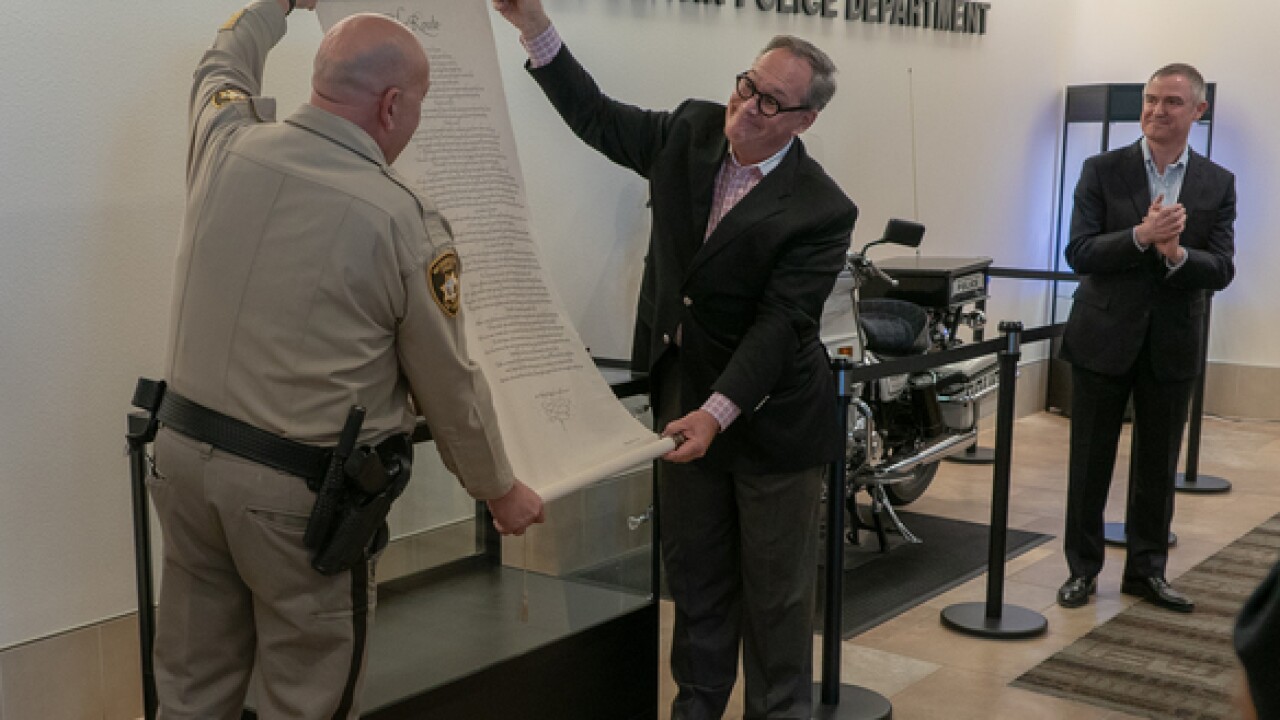 Copyright 2018 Scripps Media, Inc. All rights reserved. This material may not be published, broadcast, rewritten, or redistributed.
Benjamin Richards 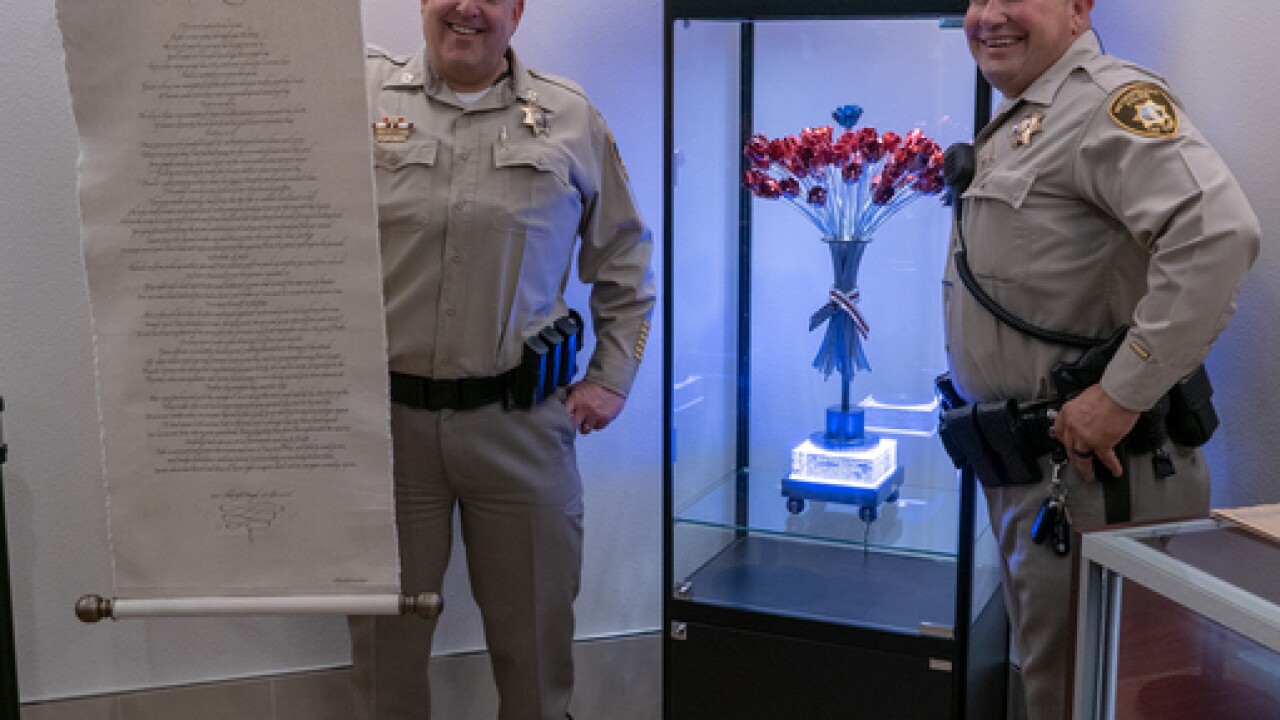 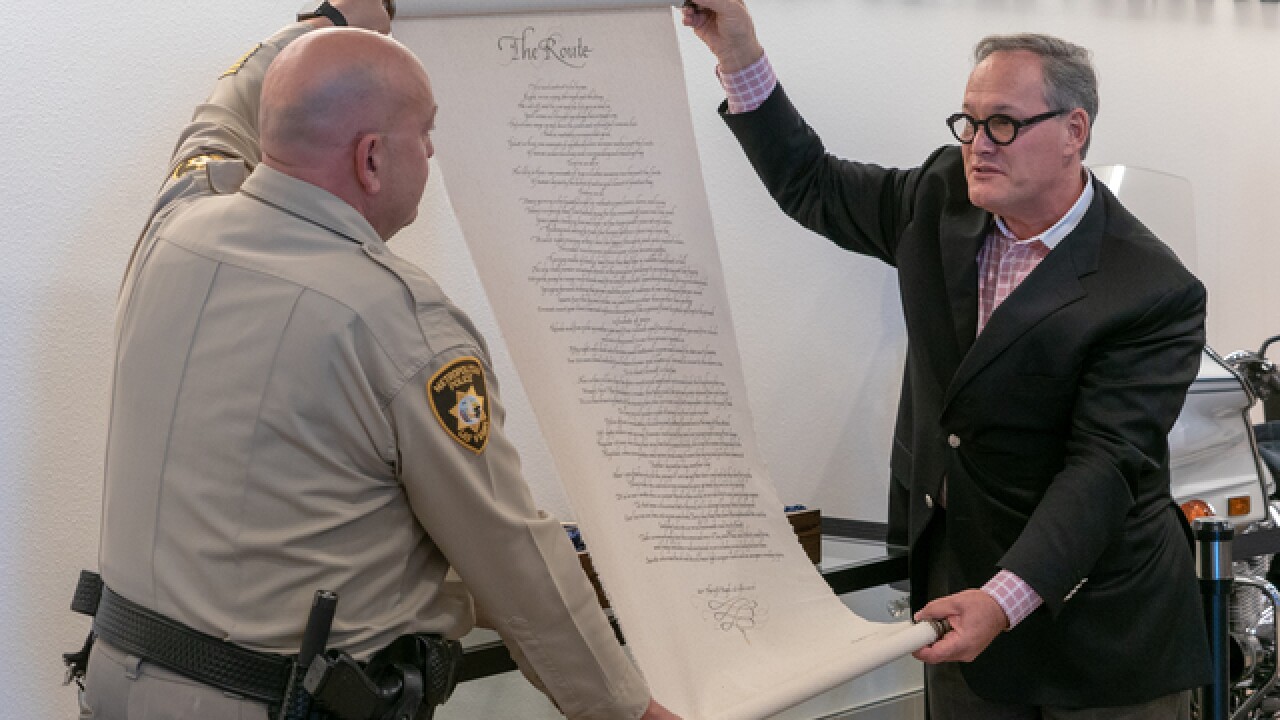 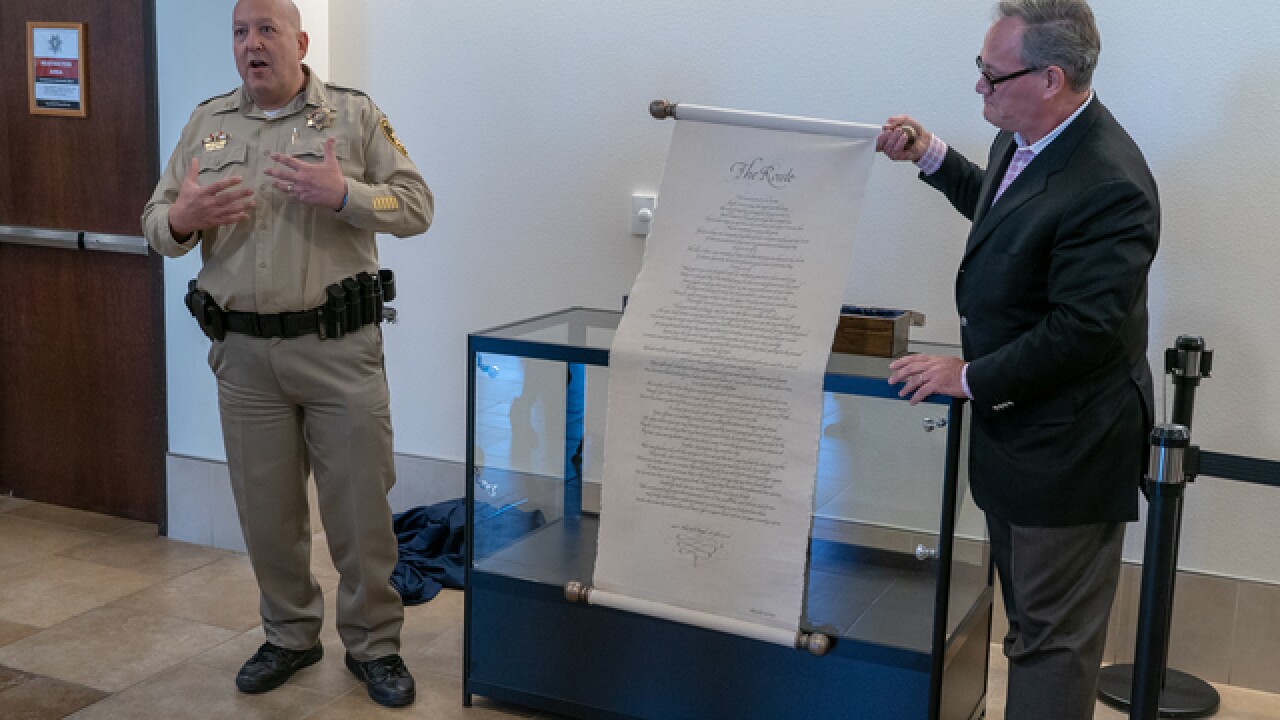 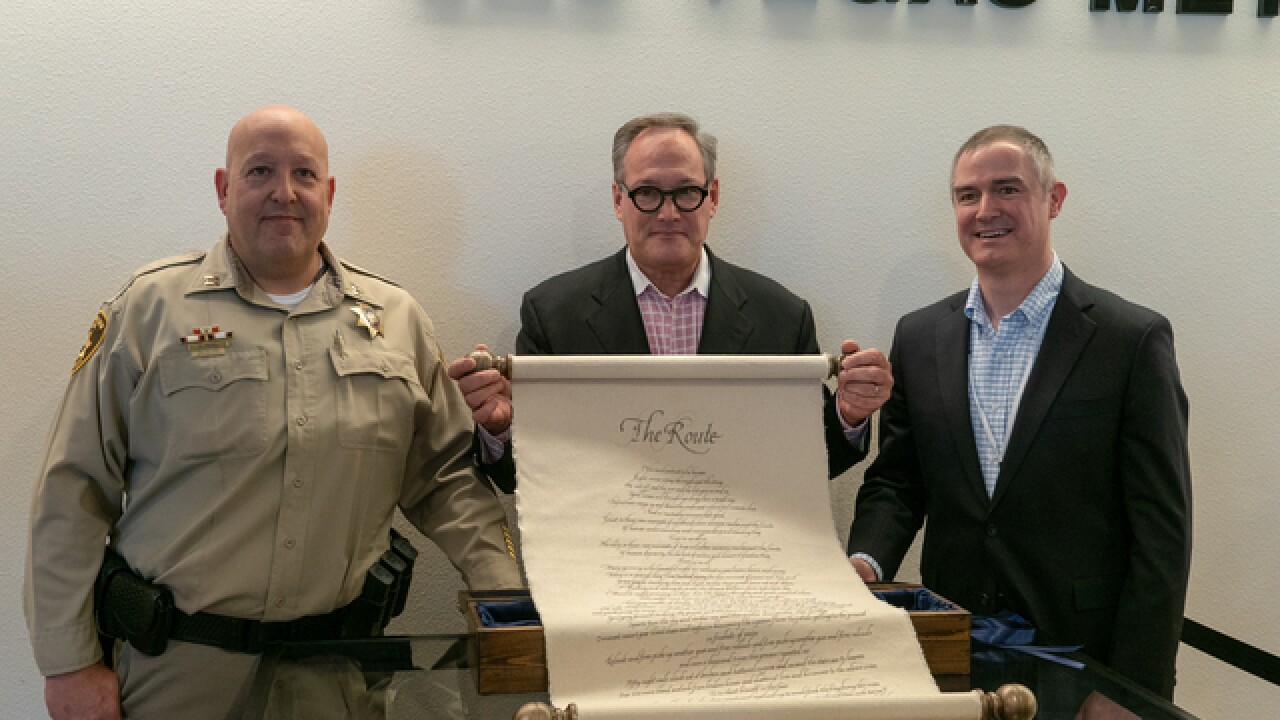 LAS VEGAS, Nevada — A poem about the Oct. 1, 2017 mass shooting penned by a Las Vegas Metropolitan Police Department captain was unveiled at police headquarters on Thursday.

LVMPD Captain Harry Fagel is a lifelong poet. His poem "The Route" about the 1 October shooting was unveiled at police headquarters, marking the end of a series of 1 October remembrance events.

After Fagel wrote the poem, art collector and Nevada School of the Arts president and CEO Patrick Duffy commissioned to have it transcribed onto a scroll by a calligrapher.

"In our community, there is a much-needed component of healing," said Duffy. "That's what this scroll and poem are essential and we hope is that it will help bring solace to others."

The executive director of the LVMPD Foundation said he felt Fagel's words were a reminder of a kind of collective healing that's taken place in the year since the shooting.

"It was simply mind-blowing that someone could take such an awful tragedy and turn it into such a powerful reminder of the good that exists and the good that responded to that awful event," said Tom Kovach.

"The Route" is on display in the lobby of LVMPD headquarters, which is open to the public. It will go on tour beginning in 2019.