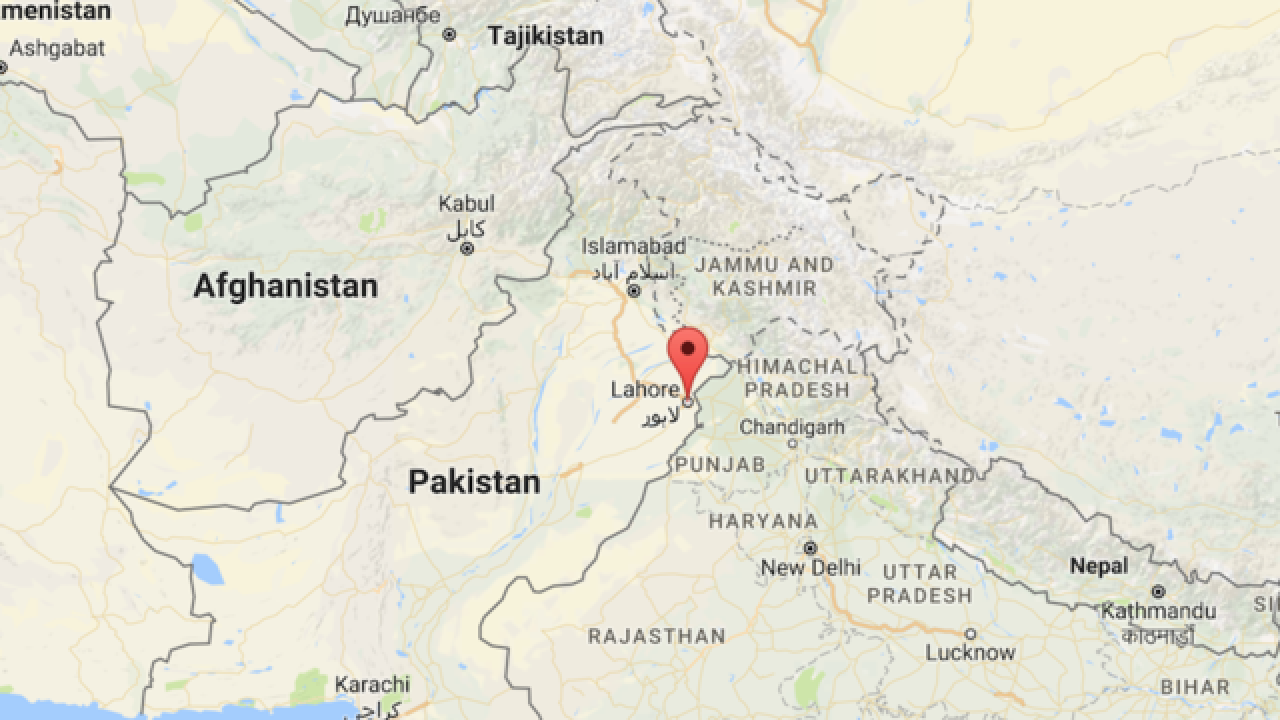 Copyright 2017 Scripps Media, Inc. All rights reserved. This material may not be published, broadcast, rewritten, or redistributed.
<p>Google map of Lahore, Pakistan.</p>

ISLAMABAD, Pakistan (CNN) -- A bomb exploded during a protest in Lahore, Pakistan, on Monday, killing at least 13 people and injuring 59 more, according to government spokesman Malik Ahmad Khan.

Jamat-ul-Ahrar, a splinter group of Pakistan's Tehreek-i Taliban (TTP) -- also known as the Pakistani Taliban -- claimed responsibility for the attack in a statement emailed to CNN.

The blast occurred at Charing Cross in Lahore, the capital of Pakistan's Punjab province and the second-largest city in the country.

Pakistani Prime Minister Muhammad Nawaz Sharif strongly condemned the blast, according to a statement obtained by CNN, saying that "such cowardly acts cannot deter the resolve of the nation to stand against terrorism and our government is committed to root out this menace."