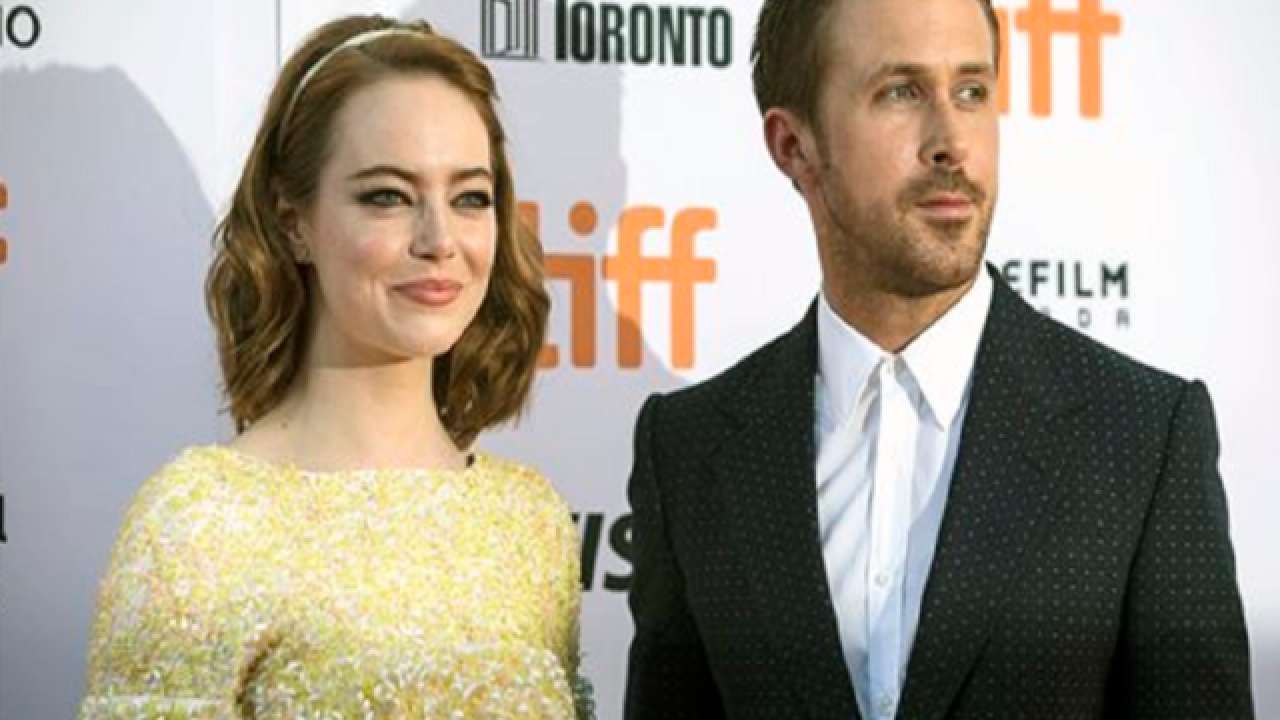 TORONTO (AP) — The top award at the Toronto International Film Festival went Sunday to Damien Chazelle's "La La Land," a modern-day musical starring Emma Stone and Ryan Gosling that's been the sensation of the fall film festival circuit.
The film received the festival's People's Choice Award, which is determined by audience voting. "La La Land" is expected to be a top contender for the Best Picture Oscar.
Toronto's audience award has previously been a harbinger of awards season success. Past winners include "12 Years a Slave" and "The King's Speech."
The film, scheduled for December release, stars Stone as an aspiring actress in Los Angeles who, in between soul-crushing auditions, meets a jazz pianist (Gosling) trying to stay true to the music he's devoted himself to.
Since premiering at the Venice Film Festival, "La La Land" has been an answer to those who say movies aren't what they once were and that television is better now.
Chazelle wrote the script to "La La Land" about six years ago, but his pleas to make the film went unanswered until his 2014 breakthrough, the Oscar-winning "Whiplash," about an aspiring jazz drummer.
Stone, who won best actress at Venice, previously starred with Gosling, a native Canadian, in "Crazy, Stupid, Love."
The prize for the festival's Platform sidebar of international films was awarded to Chilean director Pablo Larraín for "Jackie," the Jacqueline Kennedy biopic starring Natalie Portman.
Raoul Peck won the People's Choice documentary award for "I Am Not Your Negro," which tracks the lives and assassinations of Martin Luther King Jr., Malcolm X and Medgar Evers.
The Toronto Film Festival wrapped Sunday after 10 days of red-carpet premieres.
Copyright 2016 The Associated Press. All rights reserved. This material may not be published, broadcast, rewritten or redistributed.