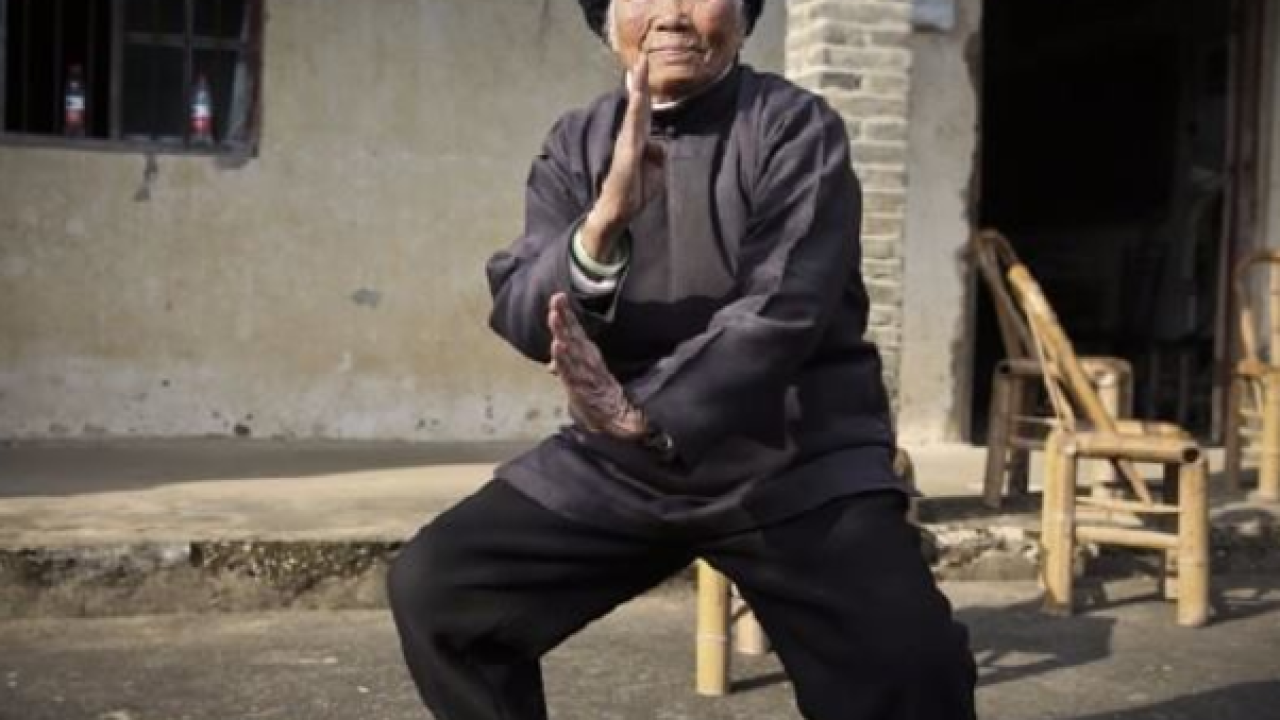 (CNN) -- She may be petite, but Zhang Hexian can pack a punch.
It's one of the many martial arts moves she's mastered in her 89 years of practicing kung fu. The 93-year-old grandmother recently became a social media sensation in China after photos of her practicing kung fu went viral.
For Zhang, kung fu has been a part of her life for almost as long as she can remember.
"I started when I was four years old," she tells CNN. "It's my family tradition that has lasted more than 300 years."
Zhang, who lives in China's southeastern Zhejiang province, says all her family members have learned kung fu, which instills discipline and strength. She recalls how she'd wake up in the morning and start practicing in bed whilst the covers were still over her.
"I was born in 1924, at a time when China was at war with other countries," Zhang says. "So (kung fu) was also a good way to learn self defense."
The type of kung fu Zhang practices originates from Fujian province and encompasses 15 different styles.
Each style has about 36 moves. She says it takes about three years to fully learn one style. Zhang has mastered all of them -- but recalls the hardest part was at the very beginning.
"Most difficult was learning to squat firmly, because it made my muscles so sore," Zhang says. "I remember being so sore, I couldn't even go to the bathroom. And we were a poor family, so after practicing I'd be starving and we'd have nothing to eat."
Despite that, Zhang stuck with the practice every day, even well into her golden years -- waking up every morning at 5 a.m. to exercise. Her favorite type of kung fu involves using bamboo sticks to fight an opponent.
She credits kung fu, plenty of sleep and a healthy diet of mainly vegetables and a little bit of meat for keeping her healthy, pointing out that she's never had to go to the hospital.
"To have good body, you need to exercise and keep a positive attitude," she says. "It's also important to help others as often as you can."
Many of Zhang's family members have moved away over the years, so they don't often get together to practice kung fu. Zhang filled the void by teaching her neighbors.
And of her new found internet fame, Zhang remains quite modest.
"I never thought about being famous," she said. "If people love kung fu, my family can teach them. We have been teaching people around here -- but I never imagined we'd get the attention of others around the world."
The-CNN-Wire
™ & © 2017 Cable News Network, Inc., a Time Warner Company. All rights reserved.
KTNV