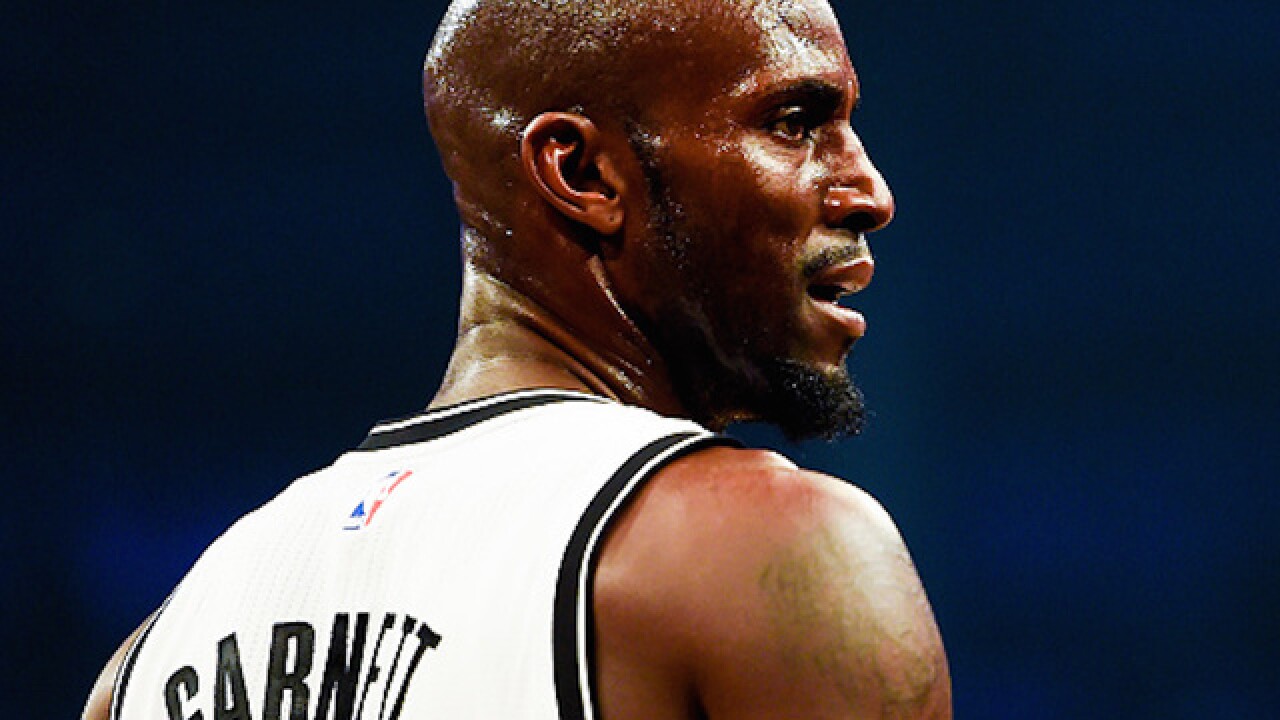 Alex Goodlett
<p>Kevin Garnett at the Barclays Center on November 3, 2014 in the Brooklyn borough of New York City. NOTE TO USER: User expressly acknowledges and agrees that, by downloading and/or using this photograph, user is consenting to the terms and conditions of the Getty Images License Agreement.</p>

MINNEAPOLIS (AP) — Kevin Garnett has posted a video on his Instagram account saying "farewell" and "thank you" after 21 seasons in the NBA.

Garnett posted the video on Friday, four days before the Minnesota Timberwolves are set to open training camp. A person with knowledge of the situation told The Associated Press that Wolves plan to waive Garnett so he can collect all of his $8 million salary for next season. That's what the San Antonio Spurs did for Tim Duncan when he retired this summer. The person spoke on condition of anonymity because the waiver move has not been completed.

A video posted by Kevin Garnett (@tic_pix) on

The video shows Garnett walking around Target Center by himself. He says he never expected to feel the love he did during his NBA career.

It ends with Garnett saying "We going to be all right, man. I don't expect this to be easy. But so far, so good. Stay tuned."

PointAfter | Graphiq
Copyright 2016 The Associated Press. All rights reserved. This material may not be published, broadcast, rewritten or redistributed.