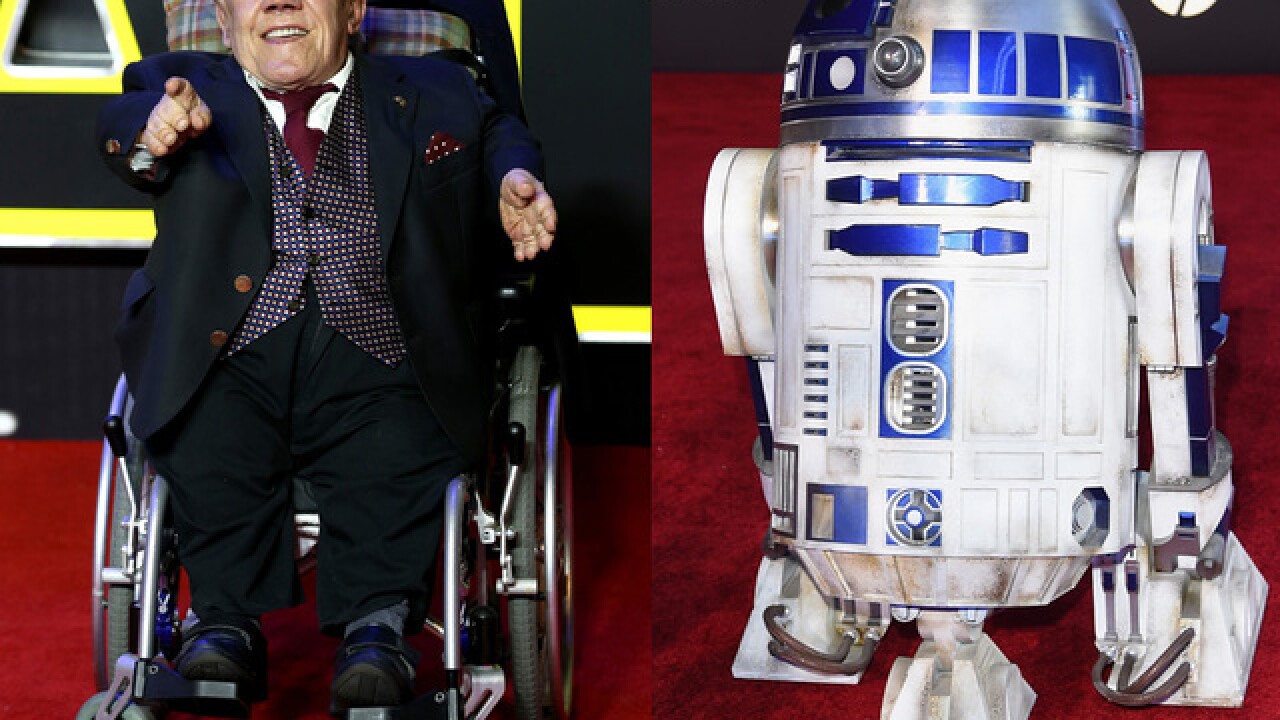 Kenny Baker, the 3-foot-8 tall actor who donned the R2-D2 costume in "Star Wars" died at age 81 after a long illness, the Guardian reported Saturday.

Besides his appearance in Star Wars, Baker was featured in more than a dozen other films. He appeared in films such as "Mona Lisa" and "Time Bandits."

“It was expected, but it’s sad nonetheless. He had a very long and fulfilled life," Baker's niece Abigail Shield told the Guardian. "He brought lots of happiness to people and we’ll be celebrating the fact that he was well loved throughout the world. We’re all very proud of what he achieved in his lifetime.”