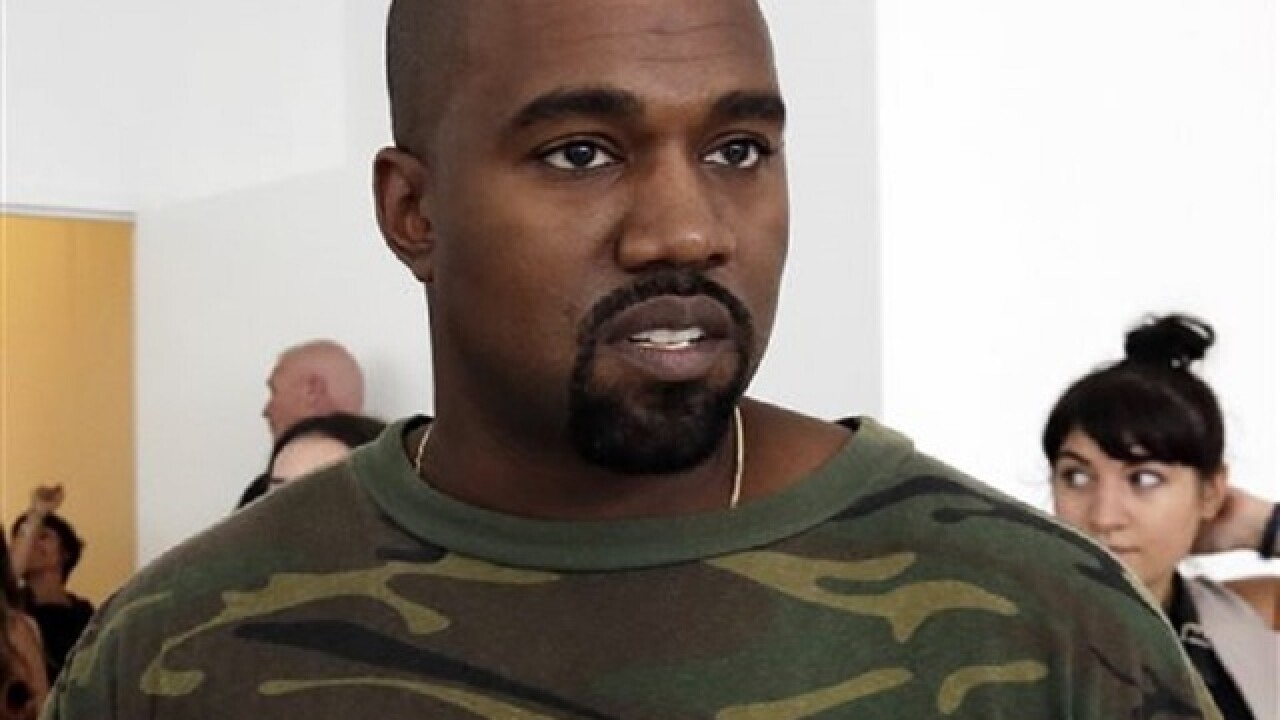 By: Mina Abgoon
Posted at 8:27 PM, Oct 02, 2016
Rapper Kanye West on Sunday night abruptly ended his New York City concert, citing a “family emergency.”
West was onstage at the Meadows Music and Arts Festival in Queens – performing his song “Heartless” -- when a handler pulled him aside, Time reports.
“I’m sorry,” he told the crowd. “I have a family emergency. I have to stop the show.”

Due to an emergency, Kanye West had to end his performance early. Please get home safely.

West, who was scheduled to perform until 10 p.m., left the stage at around 9:40 p.m.
Details of the apparent emergency weren’t immediately clear.