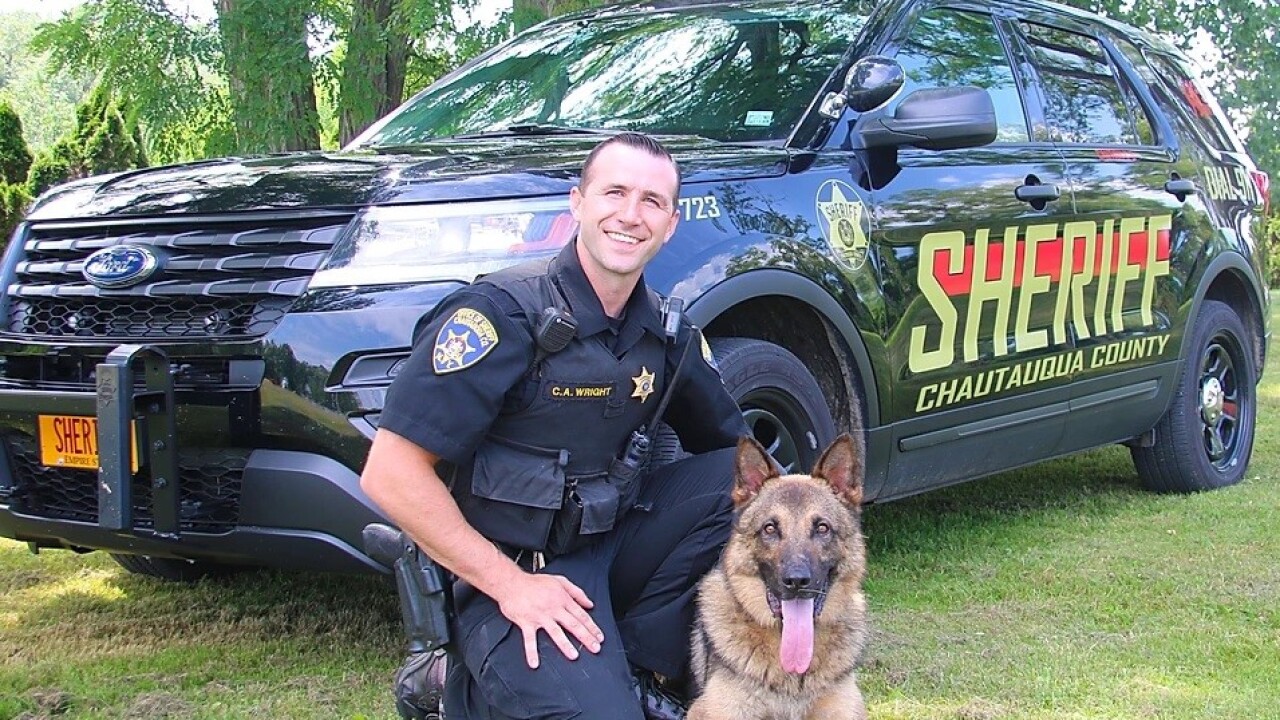 WESTFIELD, N.Y. -- A K-9 in New York tracked down a stabbing suspect who police say was hiding in a barn about a mile from the crime scene.

The Chautauqua County Sheriff's Office says deputies were called to the stabbing on Felton Road in the town of Westfield around 5:30 a.m. Tuesday. Police say a man there told them he was stabbed by a woman named Rachel Blanchard and that she took off from the scene.

Sheriff's K-9 Deputy Link was brought to the scene and began to track Blanchard. The 37-year-old was found hiding in a barn off Prospect Station Road about a mile away.

Deputies charged Blanchard with assault, menacing and possession of a hypodermic instrument. Police say she had an additional warrant for a criminal mischief charge.

This story was originally published by staff at WKBW.