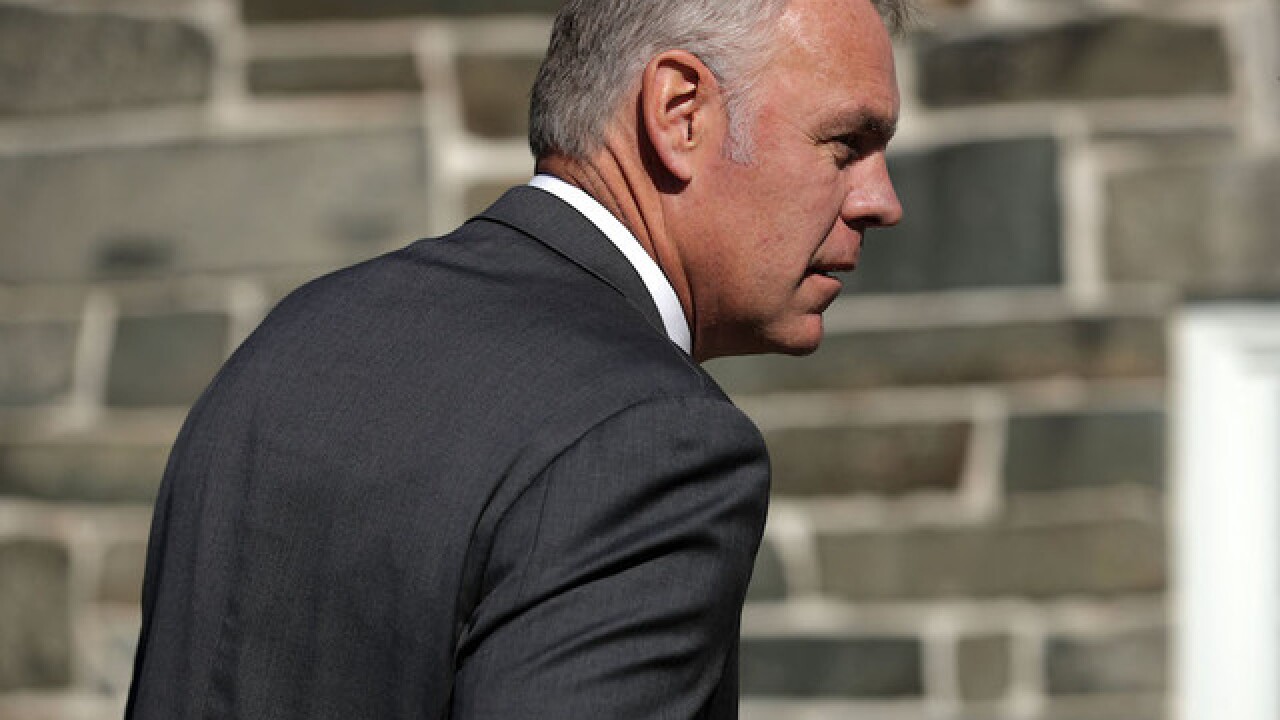 The full extent of the inquiry is unclear.

Zinke has faced multiple ethics questions during his time at Interior, and the inspector general's office has multiple public inquiries into the secretary including the department's handling of a Connecticut casino project, whether the boundaries for Grand Staircase Escalante National Monument were redrawn to benefit a state lawmaker and conversations between Zinke and Halliburton Chairman David Lesar about a Montana land development project.

Zinke said he has not been contacted by the Justice Department.

"They haven't talked to me. It will be the same thing as all the other investigations. I follow all rules, procedures, regulations and most importantly the law. This is another politically driven investigation that has no merit," Zinke told CNN.

The Justice Department declined to comment. Interior's inspector general's office said it would not comment on Justice-related issues.

CNN has also learned Justice Department investigators began probing Scott Pruitt's questionable ethical conduct before he left as Environmental Protection Agency administrator, according to multiple people familiar with the matter. The inquiry was opened up after a referral from the EPA IG regarding whether Pruitt took any action to benefit an energy lobbyist he rented a condo from for below market rate.

The probe appears to have stalled since Pruitt left office over the summer, according to multiple sources familiar with the matter.

This summer, Interior's inspector general began investigating Zinke's relationship with Halliburton's chairman, including an August 2017 meeting Zinke held at Interior. The two discussed the land development project run by Lesar's son and located near land owned by Zinke's family's foundation. Politico, which uncovered the meeting, reported the development could include a brewery that the Zinkes could run, a potential financial benefit for the Zinkes. One source told CNN that the project has the potential to increase the value of Zinke's land holdings in the area, creating a personal gain for Zinke rather than a benefit for the community as a whole.

As a major energy producer, some of Halliburton's business is regulated by the Interior Department.

Zinke said in a Montana radio show appearance on June 27 that the meeting with Lesar was innocuous.

The concept for Lesar's project was approved in December 2017 according to the city council's meeting records.

The inspector general is also looking into whether the borders of Grand Staircase Escalante National Monument were re-drawn to benefit a local politician, according to a source familiar with the investigation.

The Western Values Project, a group that has opposed several of Zinke's decisions, pointed out that the re-drawn boundaries wrap around a parcel of land owned by the local lawmaker, and questioned whether he is "using his positions of power to benefit himself" and the local water authority "at the expense of public lands."

Also ongoing is a probe of whether Zinke improperly weighed in on a potential tribal casino project, the source said. News reports raised questions about Zinke's meeting with lobbyists opposed to the project, and Connecticut lawmakers who requested the probe noted proponents for the project were not granted meetings, and that the department may have misled the tribes behind the project.

The inspector general concluded earlier this month that Zinke violated the department's travel policies by allowing his wife to ride in government vehicles, and ultimately brought the Zinkes into compliance with the policy by re-writing the policy. The report also says his aides looked into classifying her as a department volunteer, which also would have made her travel permissible.

Earlier this month, Interior attracted more headlines after questions emerged about who would lead the IG's office at Interior. In an email Housing Secretary Ben Carson sent to staff at "a fond farewell" to HUD Assistant Secretary Suzanne Israel Tufts, announcing she had "decided to leave HUD to become the Acting Inspector General at the Department of Interior."

While the inspector general post has been vacant since 2011, Kendall has led the office since 2009 as the deputy inspector general. The appointment of a political official as the acting inspector general was seen within the government watchdog community as highly unusual. Interior spokeswoman Heather Swift later said that Kendall remains in her post in the IG's office.