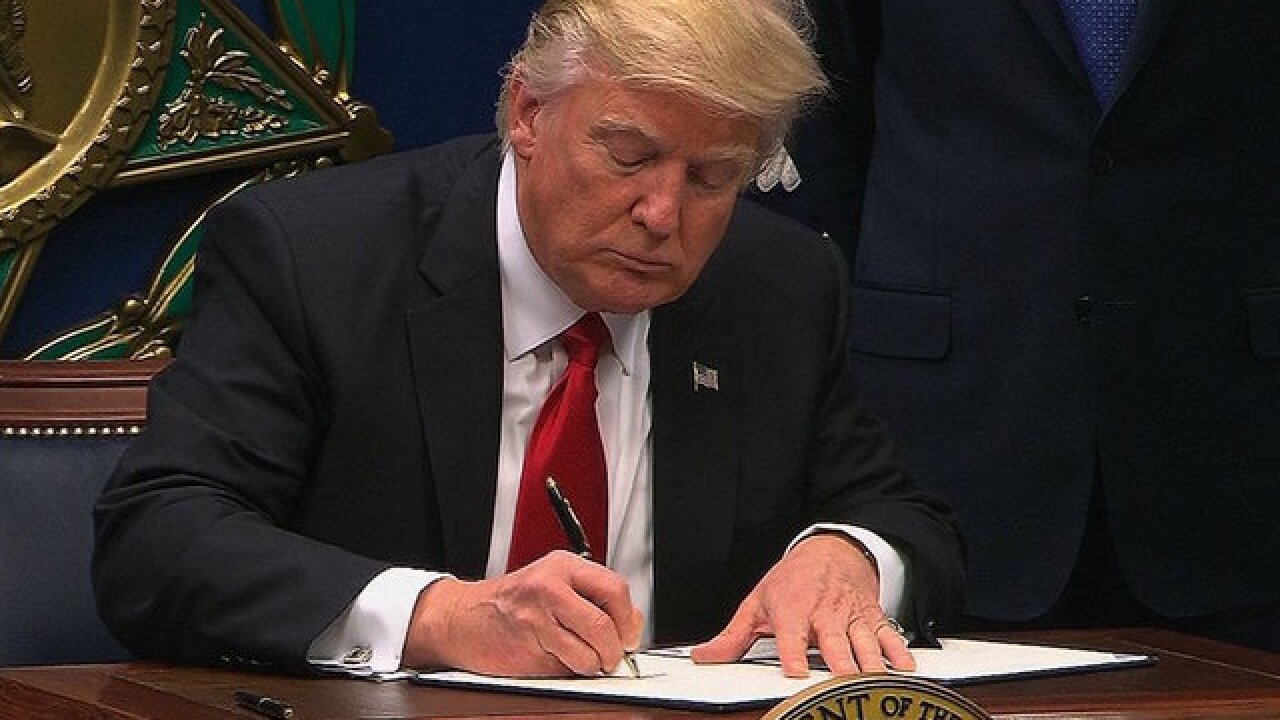 © 2017 Cable News Network, Inc.
CNN
<p>President Donald Trump took executive action on January 27, curbing access visas and limiting refugees coming to the US. The executive action is called &quot;Protection of the nation from foreign terrorist entry into the United States,&quot; which institutes what the President has called &quot;extreme vetting&quot; of immigrants.</p>

Federal District Court Judge James Robart in Seattle denied a request from the Trump administration to postpone any further proceedings in his court over President Donald Trump's travel ban, while the 9th Circuit Court of Appeals considers whether to rehear the case before a larger panel of judges.

"I'm not prepared to slow this down," Robart said, ruling from the bench.

What this means is that the challenge to the travel ban by the states -- Washington and Minnesota -- will proceed the merits in front of Robart.

"I'm not persuaded that call for en banc review by one judge ... ought to interfere with moving this case forward, " Robart said.

As the government argued for postponement, the judge referenced Trump's tweet reacting to the 9th Circuit ruling saying he would "see you in court."

"I'm a little surprised since the President said he wanted 'to see you in court,'" Robart said, later adding, "Are you confident that's the argument you want to make?"

The Trump administration is reviewing its options, including rewriting or modifying the executive order.

The administration's request filed Monday reveals no new information regarding the White House's plans to possibly rewrite or modify the order.

Trump's order barred foreign nationals from Iran, Sudan, Libya, Somalia, Syria, Iraq and Yemen from entering the country for 90 days, all refugees for 120 days, and all refugees from Syria indefinitely.