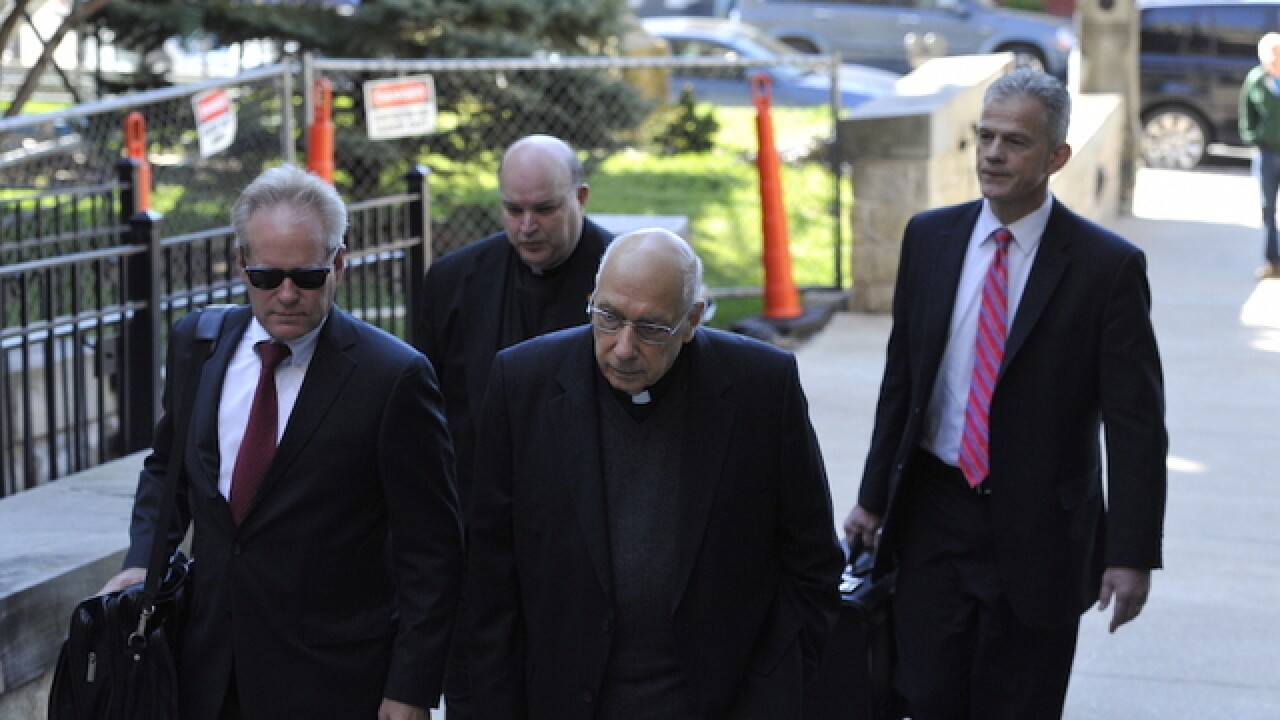 The decision comes after additional testimony in their preliminary hearing on child endangerment and conspiracy charges.

The defense had argued that it's too late to file charges and that their clients did their best to supervise Baker given what they knew.

More than 90 students have settled lawsuits for more than $8 million claiming Baker molested them, mostly while acting as a sports trainer. Baker fatally stabbed himself in the heart days after a diocese settled claims by former high school students in Warren, Ohio, that they had been abused in the late 1980s.

Earlier Wednesday, the school's former principal testified that the Franciscans never told him that Baker had been accused of child sexual abuse.

William Rushin, principal from 1989 to 1997, said he hired Baker as a religion teacher and said Baker eventually volunteered as an athletic trainer.

When asked if he would have hired Baker had he known of the allegations, Rushin replied, "Obviously, it would have been inappropriate to have someone like that working with children."

The friars successively headed a Franciscan order in Pennsylvania from 1986 to 2010.