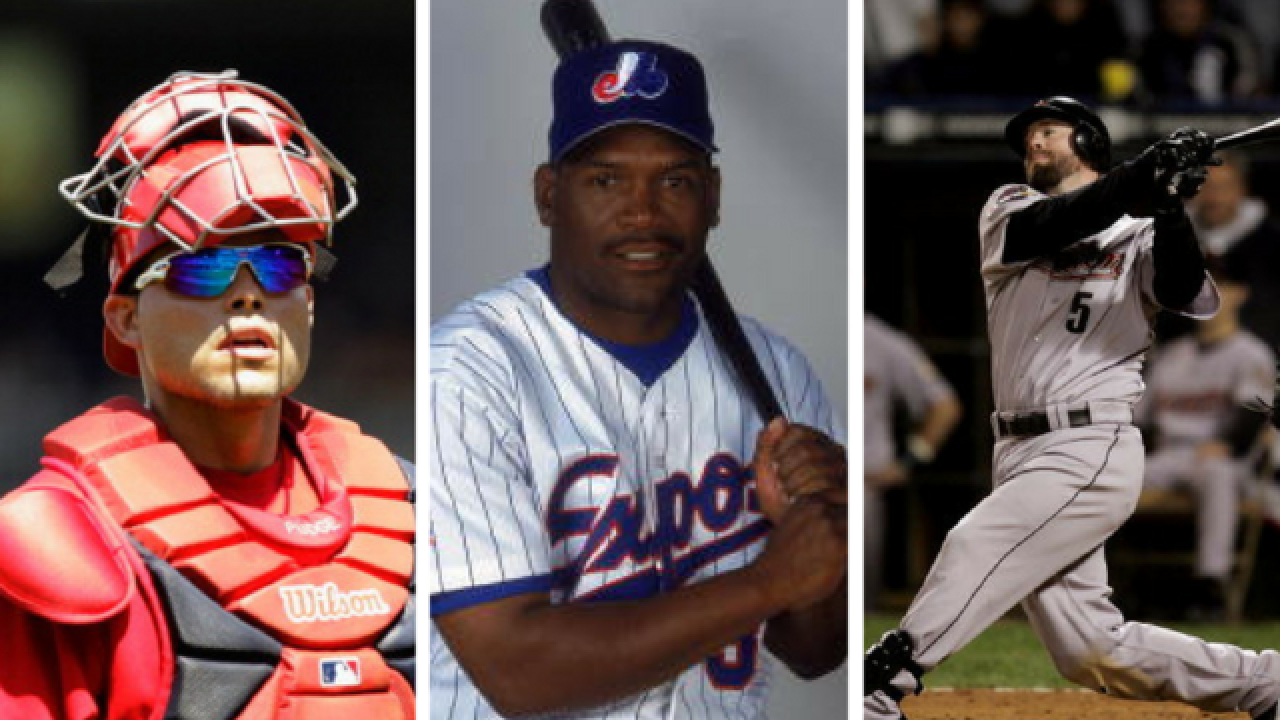 Image copyright 2017 Getty Images. All rights reserved. This material may not be published, broadcast, rewritten, or redistributed.
<p>Ivan Rodriguez, Tim Raines and Jeff Bagwell were inducted into the Baseball Hall of Fame on Wednesday. (Getty Images)</p>

(CNN) -- Former Major League Baseball stars Jeff Bagwell, Tim Raines and Ivan Rodriguez were elected to the Hall of of Fame on Wednesday.

Selected by the Baseball Writers Association of America, the players will be inducted during a July 30 ceremony in Cooperstown, New York, according to Hall of Fame President Jeff Idelson.

The vote appears to signal a softening of the voters on an issue that has long plagued the national pastime: performance-enhancing drugs

The careers of Bagwell and Rodriguez were dogged by suspicion of PED use and Raines once admitted to using cocaine during his days with the Montreal Expos.

In 2013, Baseball writers balked at naming any new players to the hall, with none of the 37 eligible players drawing enough votes for a ticket to Cooperstown.

The 2013 ballot marked the first year of eligibility for several players who have been named in the investigations of performance-enhancing drug use in the major leagues, including all-time home run champ Barry Bonds and seven-time Cy Young winner Roger Clemens.

Bagwell, a first baseman who played his entire career with the Houston Astros, hit .294 with 15 homers and 82 RBI in his first year, winning the 1991 National League Rookie of the Year Award. His finished his 15-year career with a .297 average, an Astros club record of 449 home runs and eight RBI shy of Hall of Famer Joe DiMaggio at 1,529.

Raines came up with the Montreal Expos and played 23 years, including stints with the Chicago White Sox and New York Yankees. He played his last game in 2002, ending his career with the second-highest percentage of any player with 300 or more stolen bases.

Rodriguez, who appeared on the ballot for the first time this year, was a 14-time All-Star and 1999 American League MVP. He played 21 seasons for the Rangers, Marlins, Tigers, Yankees, Astros and Nationals, winning 13 Gold Glove Awards and seven Silver Slugger Awards as a catcher.

He was the 2003 NLCS MVP and helped lead the Marlins to a World Series title. Known as Pudge, Rodriguez appeared in 2,427 games as a catcher, the most in history.