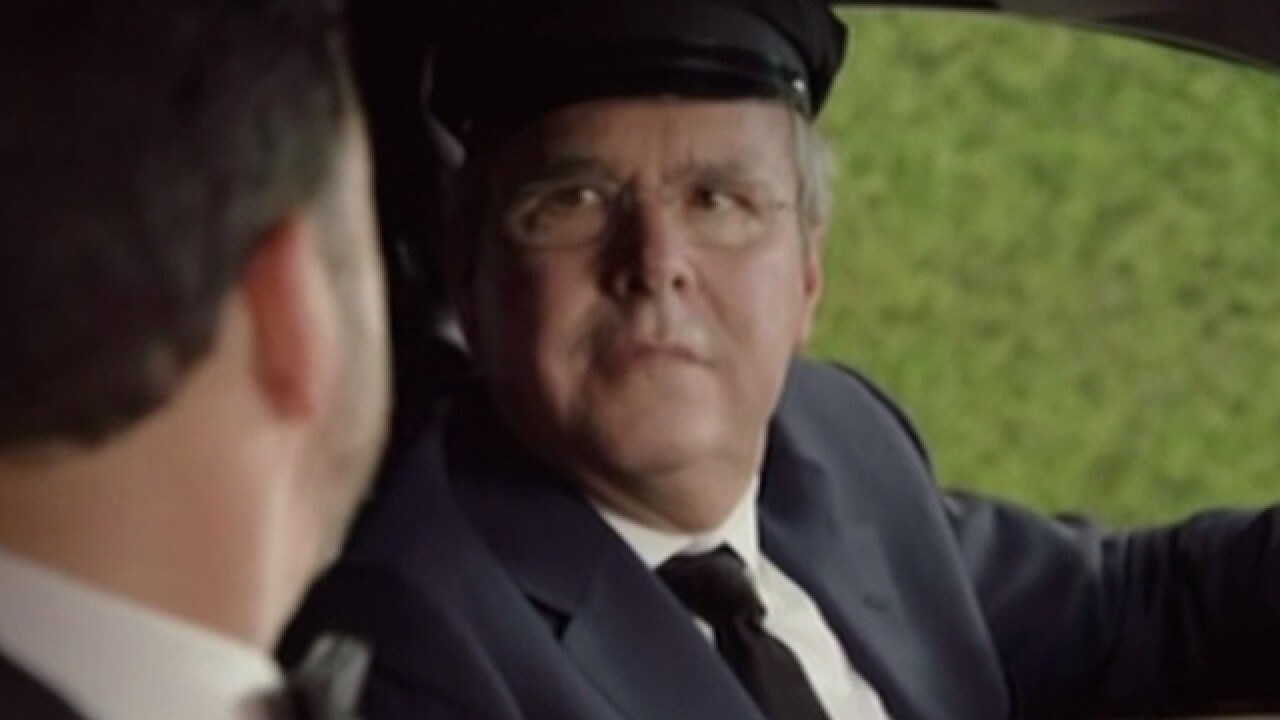 That comment was part of a comedic sketch in which Kimmel hailed a few rides in order to get to the Emmys , and Bush was the driver of a limousine carrying "Veep" star Julia Louis Dreyfus.

Bush was recently one of several candidates seeking the Republican nomination for president. He dropped out of the race in February.

RELATED: Coverage of the 2016 Emmys