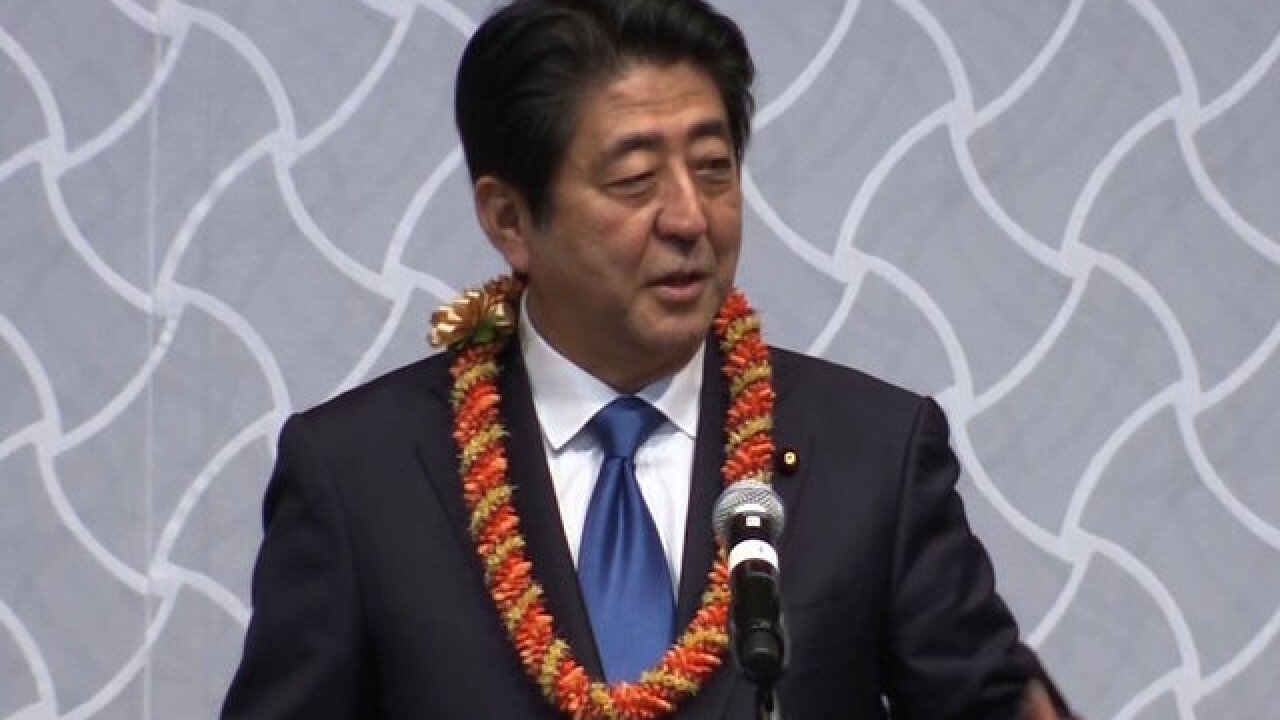 HONOLULU, Hawaii (CNN) -- Seven months after President Barack Obama traveled to Hiroshima to pay his respects to the thousands who died there, Japan's Prime Minister Shinzo Abe did the same at Pearl Harbor Tuesday alongside Obama.

In his speech, Obama reflected on the events at Pearl Harbor 75 years ago while also paying tribute to the restored relations between Japan and the United States.

He told the audience, including survivors of the event, "our alliance has never been stronger."

"The United States and Japan chose friendship and they chose peace. Over the decades, our alliances have made the nations more successful," Obama said. "Today, the alliance between the United States and Japan, bound not only by shared interests but also rooted in common values, stands as the cornerstone of peace and civility in the Asian-Pacific and a force for progress around the globe, our alliance has never been stronger. In good times and in bad we're there for each other."

Abe spoke about paying tribute to what happened at Pearl Harbor, calling it a "symbol of reconciliation."

"It is my wish that our Japanese children, and President Obama, your American children, and indeed their children and grandchildren, and people all around the world, will continue to remember Pearl Harbor as the symbol of reconciliation," Abe said. "We will spare no efforts to continue our endeavors to make that wish a reality. Together with President Obama, I hereby make my steadfast pledge."

The White House said that the visit by the two leaders would "showcase the power of reconciliation" that turned one-time adversaries into "the closest of allies."

The leaders participated in a wreath-laying ceremony aboard the USS Arizona Memorial and delivered remarks at Joint Base Pearl Harbor-Hickam on Tuesday.

Abe and Obama are also set to hold their last bilateral meeting together Tuesday, where they will discuss security, economic and global challenges, according to the White House.

The bilateral meeting is one of Obama's final meetings with a world leader.

When Obama visited the Hiroshima Peace Memorial Park, he did not apologize for the the United States dropping the nuclear bomb but instead came to honor the dead and call for a "world without nuclear weapons."

Abe did not apologize for the attack on Pearl Harbor but said in a statement ahead of his remarks that the visit would be an opportunity to "soothe the souls of the victims."