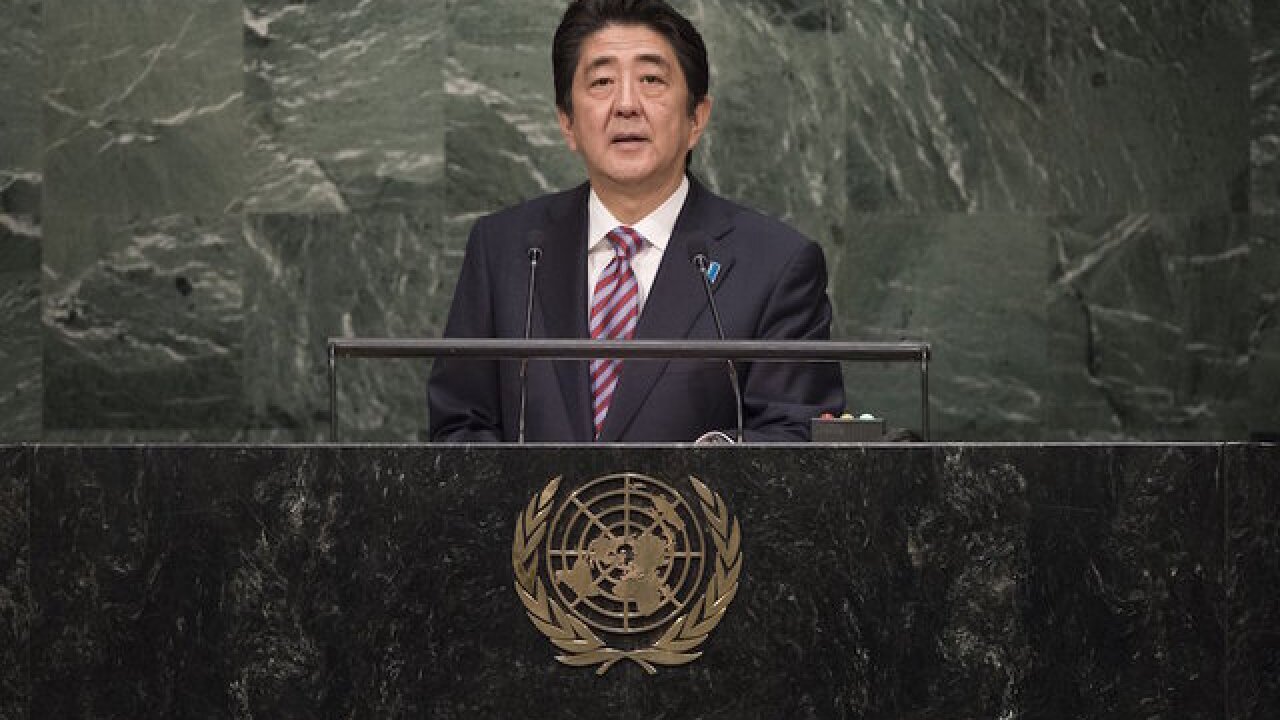 (CNN) -- Japanese Prime Minister Shinzo Abe announced on Monday he would visit Pearl Harbor in late December with US President Barack Obama, just over 75 years after Japan's attack in 1941.

Speaking to reporters on Monday evening, Abe implied the visit was in return for Obama visiting Hiroshima earlier this year.

"President Obama's message for the world without nuclear upon his visit to Hiroshima was engraved in the heart of the Japanese people," he said.

"I will visit Pearl Harbor with President Obama. This will be a visit to soothe the souls of the victims. We should never repeat the ravages of the war."

President Obama became the first US President to visit Hiroshima, where the United States dropped a nuclear bomb killing more than 100,000 Japanese men, women and children, among others.