IS detain 900 Kurdish civilians in northern Syria in 3 weeks 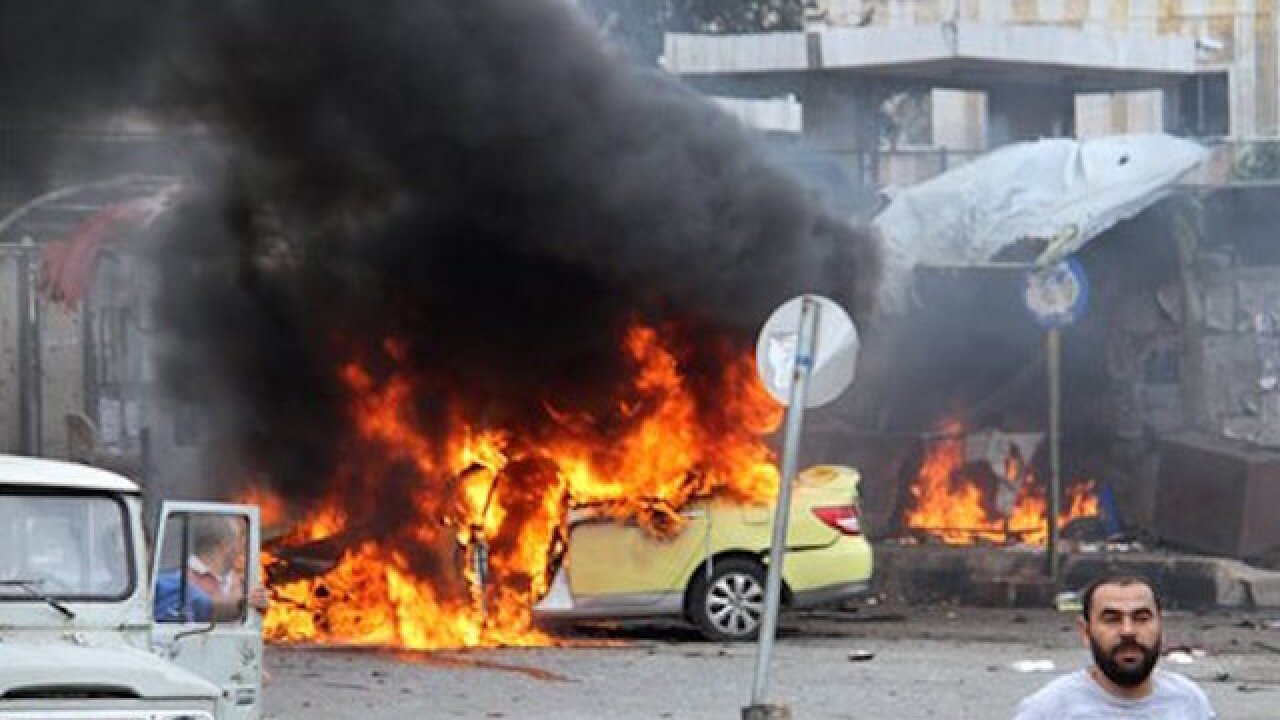 SANA via AP
Uncredited
<p>In this photo released by the Syrian official news agency SANA, Syrians gather in front of a burning car at the scene where suicide bombers blew themselves up, in the coastal town of Tartus, Syria, Monday, May 23, 2016. Syrian TV said suicide bombers blew themselves followed by a car bomb in a parking lot packed during morning rush hour. (SANA via AP)</p>

BEIRUT (AP) — A Kurdish official and Syrian activists say Islamic State group fighters have detained some 900 Kurds in the northern Syrian province of Aleppo over the past three weeks, amid fierce fighting for control of a nearby IS stronghold.

The Britain-based Syrian Observatory for Human Rights said Friday the 900 civilians were detained near the IS-held town of Al-Bab.

Sherfan Darwish, spokesman for the U.S.-backed predominantly-Kurdish Syria Democratic Forces, told The Associated Press that over 900 were seized in retaliation for an SDF offensive on the IS-stronghold of Manbij.

Darwish says that, "whenever Daesh is defeated they retaliate against civilians," using an Arabic acronym for IS.

The Observatory and Darwish say some of the detainees were forced to dig trenches in IS-held areas while others are imprisoned in detention centers.