Iraqis: Trump's travel ban ignores our service to the US 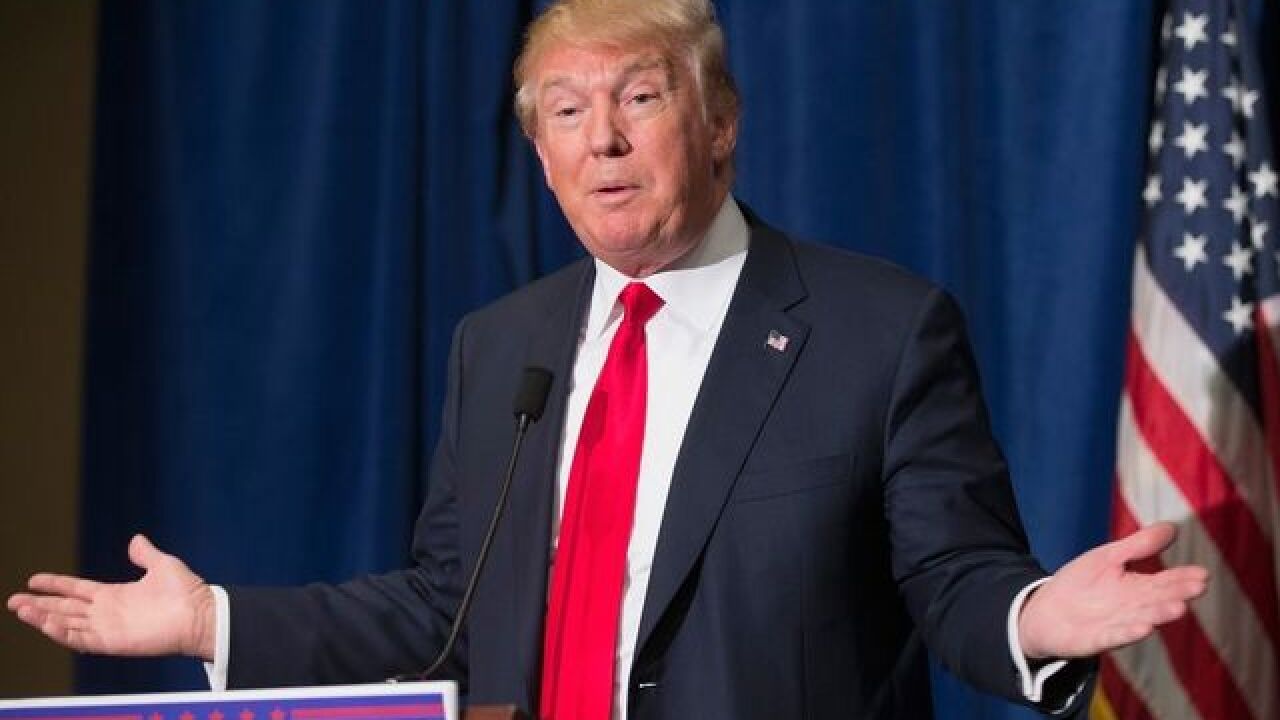 BAGHDAD, Iraq (CNN) -- Two prosthetic legs lean against the wall in the bedroom, black shoes protruding from the trousers. In another corner sit several suitcases, packed, stacked and ready to go.
Omar Hameed plans to strap the legs on when he finally gets the go-ahead to head to Baghdad International Airport with this wife and four children to fly to the United States.
Their passports all have clearly marked immigrant visas, issued by the US Embassy in Baghdad on Dec. 20, 2016.
But their plans are now on hold following President Trump's executive order imposing a temporary travel ban on citizens of seven predominantly Muslim countries, including Iraq.
Hameed, 39, lost his legs in 2009, when the Islamic State of Iraq -- the precursor to ISIS -- planted a bomb under the driver's seat of his car.
Earlier that day he had attended a farewell ceremony for the US Marines outside his native city of Falluja.
The blast was revenge for Hameed's work with the Marines and Iraqi police in what, during the American occupation of Iraq, was Iraq's deadliest city.
During his long recovery, Hameed realized he had to leave his homeland. He applied for an immigration visa to the United States under a special refugee program for Iraqis who had worked with or helped the US in Iraq.
Iraq differs from other blacklisted countries
Trump's travel ban has touched a raw nerve here.
"It's disgusting," former Iraqi National Security Advisor Muwafaq Al-Rubaie told me. "It's like spitting in the face of Iraq."
You could argue that Iraq is the odd one out among the seven countries blacklisted by the White House.
Unlike Syria, Sudan and Iran, which have a long and troubled history with the US, or Yemen, Libya or Somalia, where war and chaos reign, Iraq has a functioning government with full diplomatic relations with Washington.
Foreign Minister Ibrahim Al-Jaafari summoned the US ambassador Monday to protest the ban, saying that Iraq is a victim of terrorism, not a source of it.
In a statement issued after the meeting, the Foreign Ministry pointedly noted that some of the foreign jihadis fighting for ISIS in Iraq come from the US and other democratic states, but Iraq hasn't imposed bans on Americans or others.
The timing of the ban is perceived as a particular insult at a time when Iraqi casualties are mounting in the offensive to retake Mosul, now into its fourth month.
But Iraq's options are limited. More than 5,000 US military personnel are in Iraq, providing critical support in the war on ISIS.
On Monday the Iraqi parliament voted to impose reciprocal travel restrictions on US citizens. The vote was non-binding, and the government says it's considering what action to take.
President Trump defended the travel ban amid mounting criticism this week, tweeting Wednesday that it is "about keeping bad people (with bad intentions) out of the country."
But experts say that the move may only serve to strengthen terrorists. "By validating Islamist extremist narratives of the West being at war with Islam, the ban acts as a powerful recruiting incentive," Julia Ebner and Jonathan Russell, an analyst and head of policy at Quilliam, a counter-extremism think tank in London, wrote in a CNN op-ed.
'Sacrifice and courage'
Hameed wasn't interested in critiquing the executive order. He wants to focus on the merits of his case, showing me a list of commendations from his old Marine contacts.
The Marines who worked with Hameed wrote glowing recommendations. "Mr. Hameed's individual sacrifice and unyielding courage is a testament to his patriotism and love for his fellow man," wrote Marine Corps Cpt. Robert Scott. The captain added that Hameed's "actions contributed to an untold number of Iraqi and American lives being saved throughout Falluja and many parts of Anbar Province."
Hameed's first encounter with the Americans didn't start well.
"I saw people planting bombs by the side of the street in my neighborhood," he recalls. "I went to the Americans and warned them. They detained me, thinking I was lying. Then they went and checked, and found the bombs."
After that, Hameed became a source of critical intelligence in a city where Americans were the enemy and hundreds lost their lives.
Hameed hasn't returned to Falluja since the attempt on his life, and has no plans to return.
"I have no future in Iraq, and my children have no future," he says. "If they go back to Falluja, they'll be under threat. People will say 'your father is Omar' and kill them."
His American dream for his children is simple: "I want them to go to a good school, and live a good life."
With the travel ban, Hameed's hopes are fading.
"It was a shock, a strong shock," he says. He and his wife underwent multiple interviews, medical examinations and security checks over the last three years.
When the visas finally came through, they sold all their possessions, and are now crowded into one bedroom at a relative's house in a Baghdad suburb.
When asked how long it would take him and his family to be ready if they get the call to go, he replies without a moment's hesitation.
"Ten minutes."
Sitting in his wheelchair at home, Hameed isn't paying attention to the uproar over the ban.
Instead, he's watching the calendar. His visa expires in April. If the travel ban remains in place, Hameed worries he'll be back to a very perilous square one.
CNN's Lauren Said-Moorhouse contributed to this report.
The-CNN-Wire
™ & © 2017 Cable News Network, Inc., a Time Warner Company. All rights reserved.
Copyright 2017 Scripps Media, Inc. All rights reserved. This material may not be published, broadcast, rewritten, or redistributed.