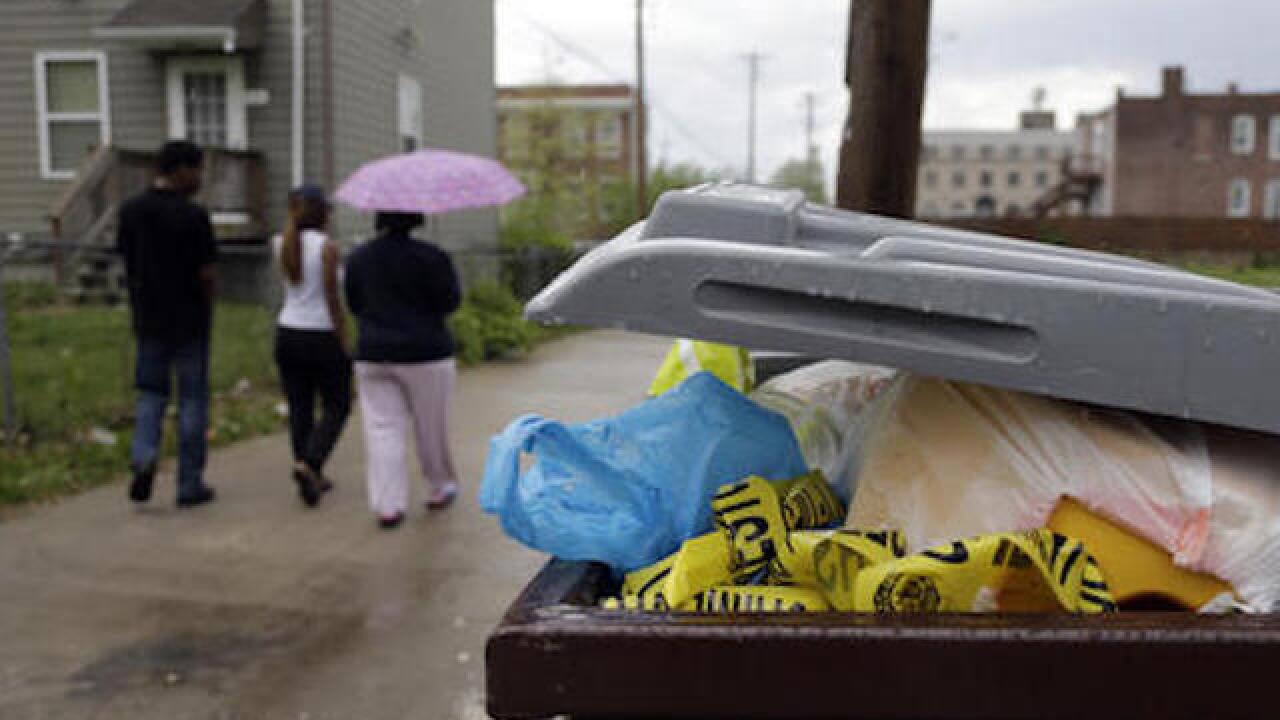 Copyright Associated Press
Jeff Roberson
<p>People walk down an ally near the scene of a fatal police-involved shooting as police tape is seen in a dumpster Tuesday, April 19, 2016, in St. Louis. St. Louis Police Chief Sam Dotson says a black male is dead after he was shot and killed by a white officer as two officers were following a suspected stolen car Tuesday morning on the city's north side. (AP Photo/Jeff Roberson)</p>

ST. LOUIS (AP) — A man suspected of shooting a police officer in the arm during a traffic stop has been shot and killed in southern Illinois after a search that lasted for more than a week, Illinois State Police said. An FBI agent was wounded but the agency said Monday he was expected to survive.

Dracy "Clint" Pendleton of Bellflower, Illinois, was killed in a shootout early Sunday at an abandoned house in the Shawnee National Forest, police said at a news conference.

"Pendleton is no longer a threat to the communities of southern Illinois," Col. Tad Williams said.

Authorities had closed off a wilderness area in the national forest since May 9 when a stolen pickup truck that they believed Pendleton was using was found.

State police said Pendleton was seen just after midnight Saturday running into woods near a church cemetery, carrying a rifle and wearing a bandolier shoulder belt that holds bullet cartridges.

Williams said that Pendleton "opened fire" on the officers as they approached the home in Eddyville, which is 30 miles north of the Kentucky border.

He was found by a police robot inside the home about a half-mile away around 5 a.m., after a firefight with state police, FBI officers and local sheriff's deputies.

Authorities did not say whether Pendleton was killed by police or if he took his own life.

The name and condition of the wounded federal agent was not immediately disclosed. FBI spokesman Brad Ware said Monday that the injured agent was expected to survive.

Authorities had been searching for Pendleton since the May 7 shooting of a police officer in Mahomet, Illinois. The incident also sparked a fatal collision when a trooper pursuing Pendleton struck and killed a 26-year-old woman in Decatur, some 45 miles to the southwest.

Pendleton had been charged with attempted murder in the shooting of the officer, who was treated and released from a hospital the following morning.

A relative has said Pendleton, the father of two sons, both under 2, had recently separated from his wife and moved out of their home.