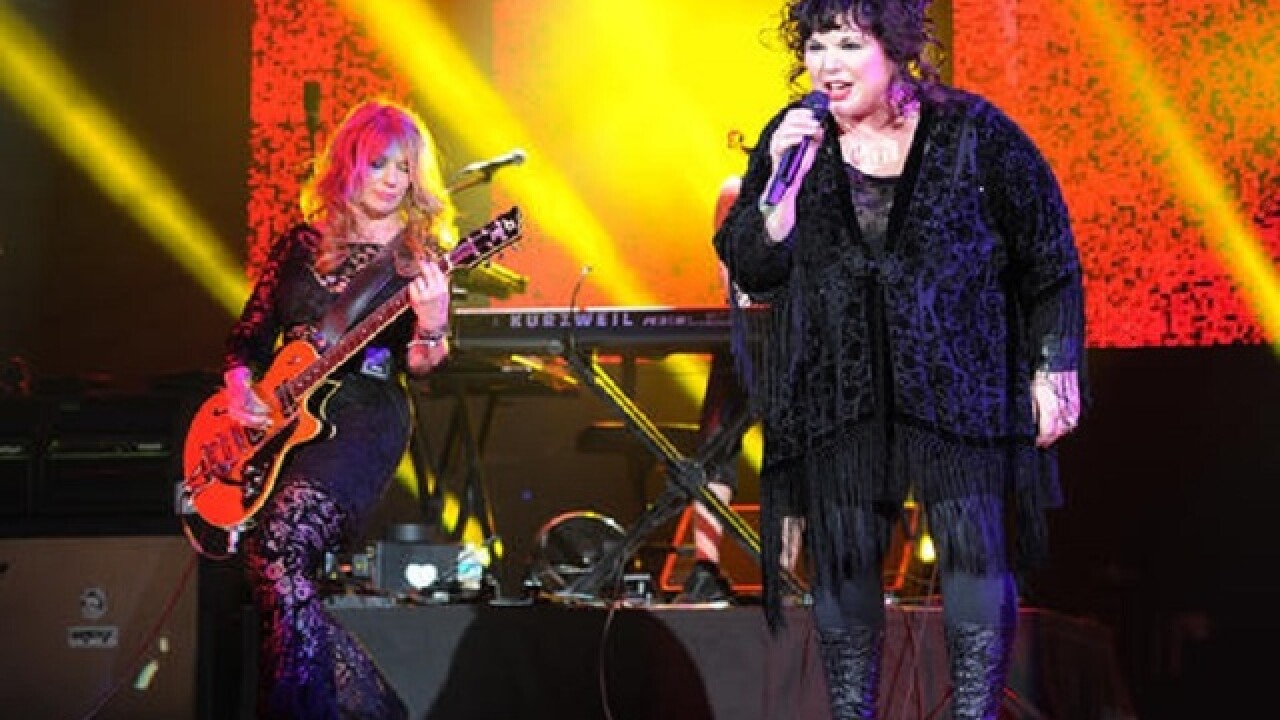 SEATTLE (AP) — Authorities say the husband of Heart lead singer Ann Wilson is being held on investigation of assaulting two relatives during the group's show in Seattle.
The Seattle Times is reporting that 65-year-old Dean Stuart Wetter appeared in King County District Court on Monday. Bail was set at $10,000.
The paper says that according to court records, the two boys were watching the show from backstage when they left to walk around. They were walking past the tour buses when they saw Ann Wilson's new tour bus and wanted to look inside.
Documents say Wetter started yelling after they left the door open and allegedly punched one of the boys in the back of the head before grabbing him by the throat.
When the other boys stepped in, Wetter allegedly also grabbed his throat.
Wetter is scheduled to appear in court again Wednesday. He married Ann Wilson in 2015.
Copyright 2016 The Associated Press. All rights reserved. This material may not be published, broadcast, rewritten or redistributed.