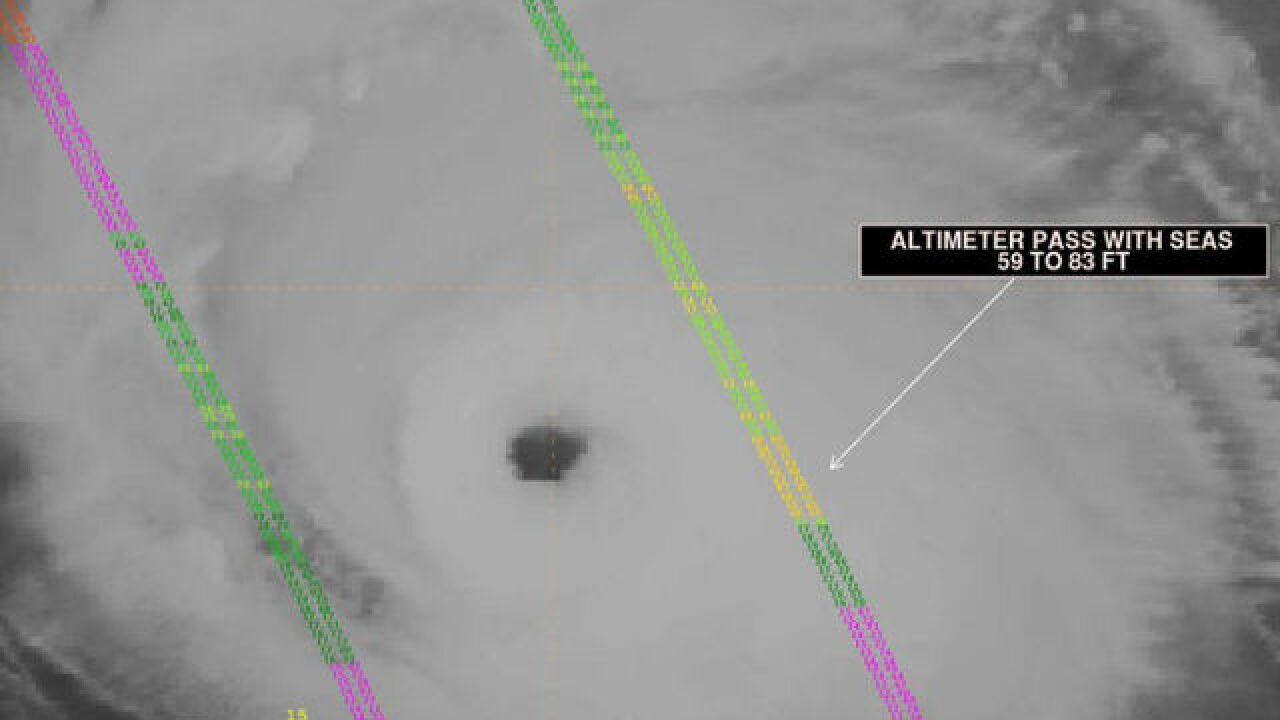 As Hurricane Florence continues to churn toward the Carolina coast with catastrophic winds, it is creating some massive waves in the Atlantic Ocean.

Experts with the National Hurricane Center's Tropical Analysis measured a wave of 83 feet on Wednesday morning under the northeast quadrant of Florence.

They say these enormous waves are produced by water "being trapped along with very strong winds moving in the same direction the storm's motion."

Wave heights to 83 ft were measured early this morning under the NE quadrant of Hurricane Florence. These enormous waves are produced by being trapped along with very strong winds moving in the same direction the storm's motion. #HurricaneFlorence https://t.co/26J6Uogt6o pic.twitter.com/mdjGD5yibg

Hurricane Florence is expected to create 8 to 10 feet waves Thursday afternoon on Florida's Treasure Coast.  Waves of 6 to 8 feet are forecast in Palm Beach County on Friday morning.

As incredible as that 83-foot wave may sound, it is not the highest wave ever recorded by U.S. data.

In 2004, the U.S. Naval Research Laboratory-Stennis Space Center in the Gulf of Mexico measured a wave of 91 feet produced from Hurricane Ivan.

Some data even estimated that Ivan created at 130-foot wave before the storm devastated Gulf Coast states.