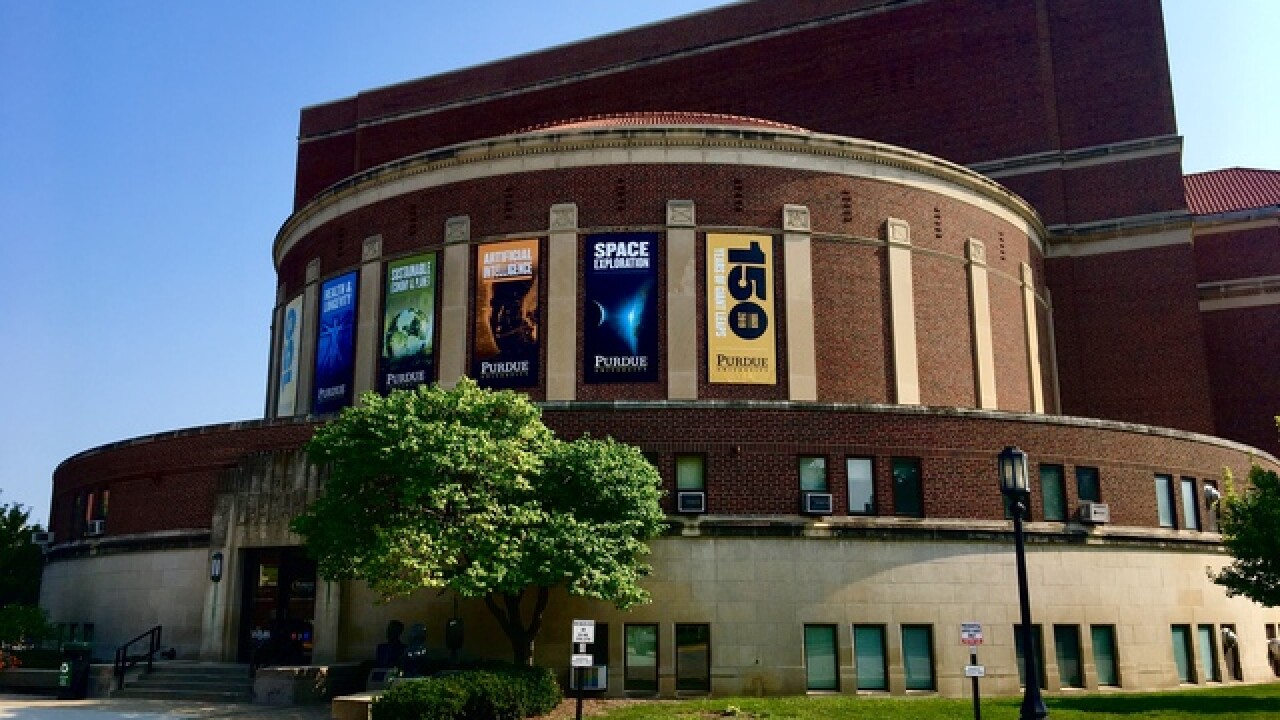 LAFAYETTE, Ind. — Hundreds of students walked out of the Andy Gross show Saturday night at Purdue University after multiple people who reached out to WRTV and took to social media said he made several sexually harassing comments.

Andy Gross, who is an entertainer, performed at Elliot Hall of Music and asked a female student to place her hand on his leg to see what card she had, according to social media reports and students who were at the show.

Purdue University has released the following statement regarding the show:

On Saturday night, a comedian performed as part of our BGR student orientation closing session. Accounts differ as to what exactly happened on stage, but some portions of the performance were clearly inappropriate and contrary to the university’s values of respect and support for all. We will not work with this comedian again and are proud of our students who are standing up and voicing their concerns about the performance

Students then began to walk out because they said they felt uncomfortable and disgusted.

CARE at Purdue will be on campus offering support to anyone who was at the show last night.

CARE was contacted earlier this evening regarding a performance during the BGR closing ceremony that was described as harassing and offensive. As a result, a CARE advocate responded to campus to offer support to students.

Some have taken to Twitter using the hashtag #AndyGrossIsGross to voice their concerns with the show:

Seeing the Class of 2022 and BGR staff take a stand against Andy Gross's disgusting "performance" makes me proud to be a Boilermaker. Sexual harassment/assault is not a joke and will NEVER be tolerated. #AndyGrossIsGross

In case you were confused, Andy Gross performed tonight at Purdue University and made several unwanted sexual advances towards a female student participant who left crying. Spread the word. #AndyGrossIsGross

Andy Gross is someone who should not be aloud to continue to perform. He was sexually harassing someone on stage in front of 7,000+. This doesn’t reflect Purdue at all and I’m so proud that all of the students are united against this #AndyGrossIsGross

Huge discomfort at Andy Gross’s performance at BGR. Very uncomfortable sexual jokes, participants crying afterwards... Tears in audience as well. Many started walking out, eventually all did. TL’s/supers are apologizing. “This isn’t BGR, this isn’t us.”

WRTV has reached out to Andy Gross and Purdue University by email for a statement or comments on the show and is awaiting a response.