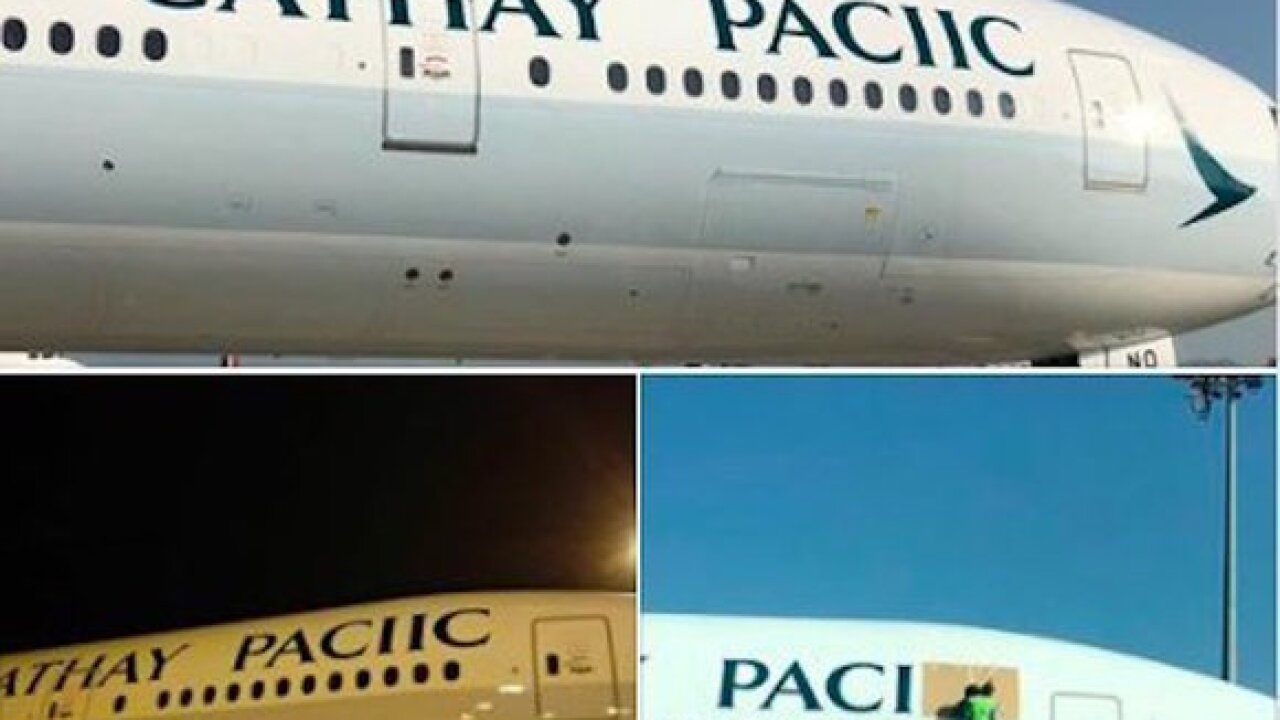 © 2018 Cable News Network, Inc.
Cathay Pacific/Twitter
<p>A Cathay Pacific Boeing 777-367 appears to have been decorated with a rather embarrassing typo.</p>

Sometimes, a massive typo is right in front of your eyes and you can't see it.

For Hong Kong-based airline Cathay Pacific, it was between the "i"s -- on the livery of its Boeing 777-367.

Photos have emerged that appear to show a plane on the ground at Hong Kong International Airport, proudly emblazoned with the words "CATHAY PACIIC."

And to prove that it's a good sport, if not necessarily a good speller, Cathay Pacific shared the photos on social media, announcing on its Twitter account: "Oops this special livery won't last long! She's going back to the shop!"

The photos surfaced via the Hong Kong Aviation Discussion Board Facebook group, but it's still not clear just how such an epic mix-up could have happened -- and some are a little suspicious.

An engineer for Haeco, a Cathay Pacific subsidiary, told the South China Morning Post: "The spacing is too on-point for a mishap. We have stencils. Should be a blank gap in between letters if it was a real mistake I think."

A spokesperson for Cathay Pacific told CNN Travel: "We did not intend to make it a big fuss in the first place, but photos went viral within the aviation enthusiastic groups, so we just shared the hilarious moment with everyone."

The Guardian reports that the plane had been flying overnight from Xiamen in China, arriving in Hong Kong in the early hours of Wednesday morning.

Twitter users were quick to savor this most titanic of typos.

"No f's were given that day," quipped Aghiad Haloul, while Frank L asked if "CATHAY PACFFC" was on the other side of the fuselage.

Although others, such as Mike Cooper, were alarmed by an apparent lack of attention to detail.

While a full report of this mysterious incident is not yet available, Cathay Pacific told CNN Travel, "We are not having many chances to have such 'limited edition,' right?"