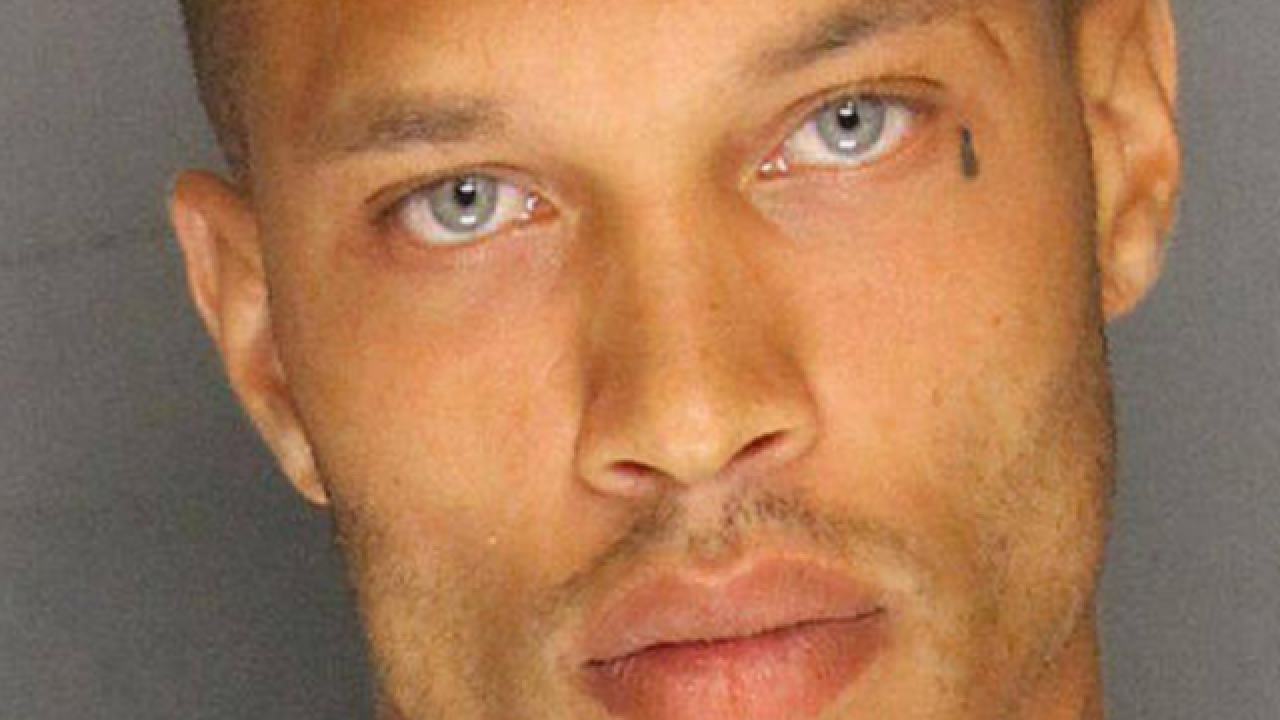 Jeremy Meeks first made headlines in 2014 for an unusual and controversial reason – his “hot” mugshot following an arrest on weapons charges.
Meeks was dubbed "Hot Felon” and $FelonBae after the picture went viral on the Stockton, California, police Facebook page. Rumors later swirled that he might become a model following his release from jail in 2016.
RELATED: So-called 'hot convict' Jeremy Meeks might become a model
Well, those rumors have come to fruition. Meeks has officially made his runway debut during New York Fashion Week
CNN reports that Meeks walked in the Philipp Plein show during NYFW as onlookers -- including a slew of fashion insiders and celebrities -- watched him strut his stuff.
Meeks posed with Plein himself after the show, donning the sleek black ensemble he worked down the runway.
He posted a photo of his look on Instagram, writing, “Big thanks to [Philipp Plein] for believing in me...Last night was epic!”