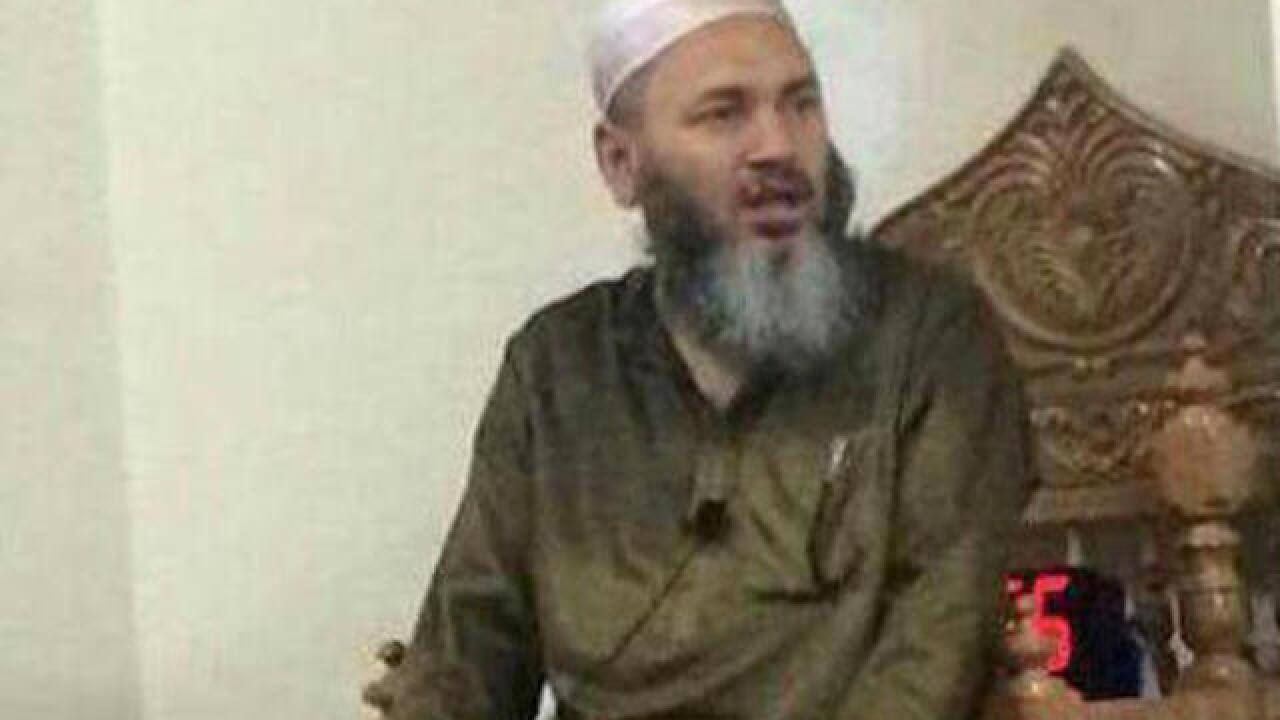 Shahin Chowdhury
<p>In this undated photo provided by Shahin Chowdhury, Imam Maulama Akonjee is shown. Akonjee and another man died Saturday, Aug. 13, 2016 after being shot after they left the Al-Furqan Jame Masjid mosque in the Queens borough of New York after prayers on Saturday. Police say that motive has yet to be determined. (Shahin Chowdhury via AP)</p>

NEW YORK (AP) — Police looking for the gunman who shot an imam and his friend as they left a New York City mosque zeroed in on a man who hit a bicyclist with his SUV just 10 minutes after the brazen daytime double slaying, a top police official said Monday.

"We strongly believe this is the individual," the New York Police Department's chief of detectives, Robert Boyce, said of the 36-year-old man arrested in the hit-and-run accident Saturday afternoon.

The man, who police have not identified, can be seen on video surveillance fleeing the area of the shooting in a black GMC Trailblazer just after Imam Maulana Alauddin Akonjee and Thara Uddin were shot, Boyce said.

About 10 minutes later, a car matching that description struck a bicyclist about three miles away in Brooklyn, he said.

The man was arrested late Sunday night outside a Brooklyn apartment after intentionally ramming his car into an unmarked police cruiser trying to block him in, Boyce said. He hasn't been charged in the shootings. Detectives were searching his home and the car for evidence or a weapon, Boyce said.

The arrest was announced just hours after about 1,000 people gathered under tents to praise Akonjee, 55, and Uddin, 64, in an Islamic funeral service where emotions ran high.

The ceremony featured several speakers who said they believed the victims were targeted because of their religion. Some members of the congregation shouted, "Justice!" periodically throughout the service.

After the ceremony, part of the crowd marched to the spot a few blocks away where the shooting took place.

Mayor Bill de Blasio, a Democrat, told those gathered that the entire city was "mourning with you."

Authorities did not release a motive for the killings, though Boyce said the possibility that the murders were a hate crime is "certainly on the table." He identified the person in custody as being Hispanic.

Some in the largely Bangladeshi Muslim community in Queens and Brooklyn have described harassment in recent months by people who shouted anti-Muslim epithets.

The gunman is a dark-haired, bearded man wearing glasses, according to a police sketch artist's depiction. Boyce said he may have worked in a Brooklyn warehouse but wouldn't comment any further on his background, mental state or whether he had invoked his right to counsel.