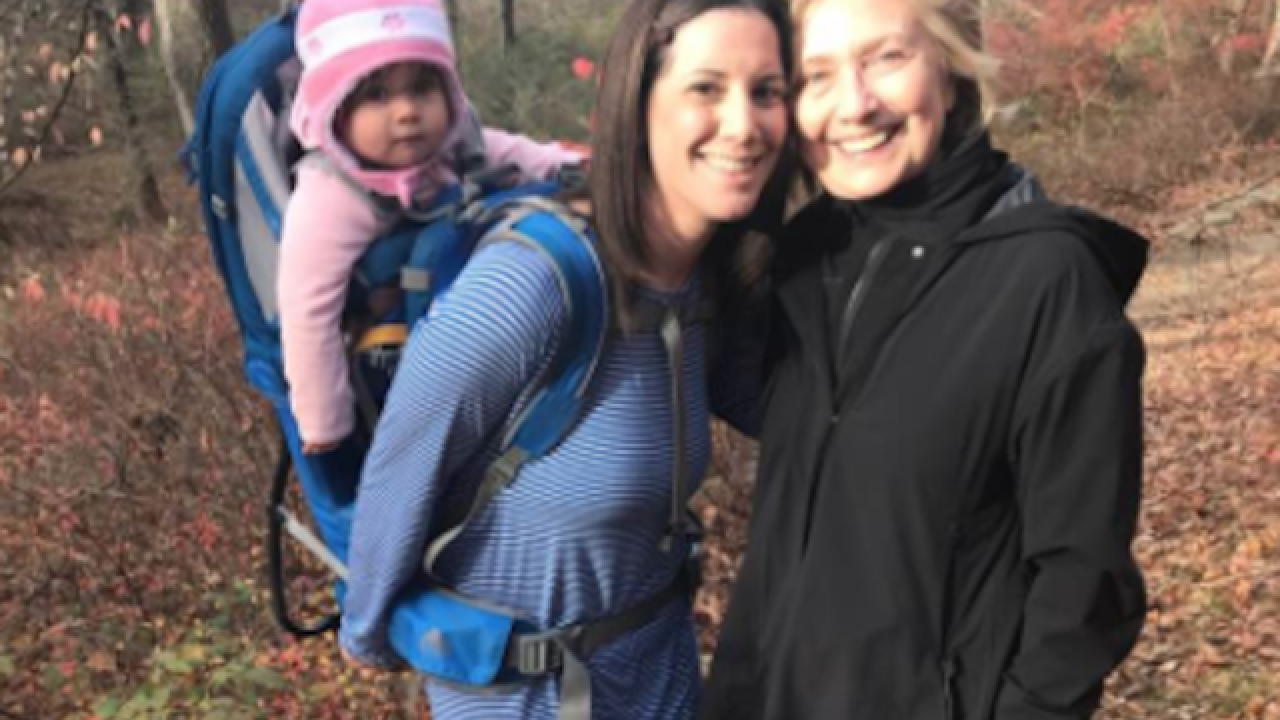 <p>A New York woman got the chance to meet Hillary Clinton Thursday during a casual stroll through the woods. (Margot Gerster, Facebook)</p>

A New York woman’s hike through the woods on Thursday turned into an afternoon she’ll never forget after she ran into the woman she voted for president.

Margot Gerster of White Plains, New York wrote on Facebook that she was “heartbroken” that Hillary Clinton was defeated in the presidential election on Tuesday. To cheer herself up, she decided to take advantage of and go on a walk with her daughter for a hike through the woods.

As she was finishing up her hike, she wrote that she heard a “rustling coming towards her” — a rustle that turned out to be Hillary and Bill Clinton, walking their dog.

“I got to hug her and talk to her and tell her that one of my most proudest moments as a mother was taking Phoebe with me to vote for her,” Gerster wrote.

After grabbing a photo and exchanging pleasantries, Gerster and Clinton parted ways.

“Now, I'm not one for signs but I think ill definitely take this one. So proud,” Gerster wrote.

Since posting her photo at about 4 p.m. Wednesday, it’s been shared more than 3,000 times.