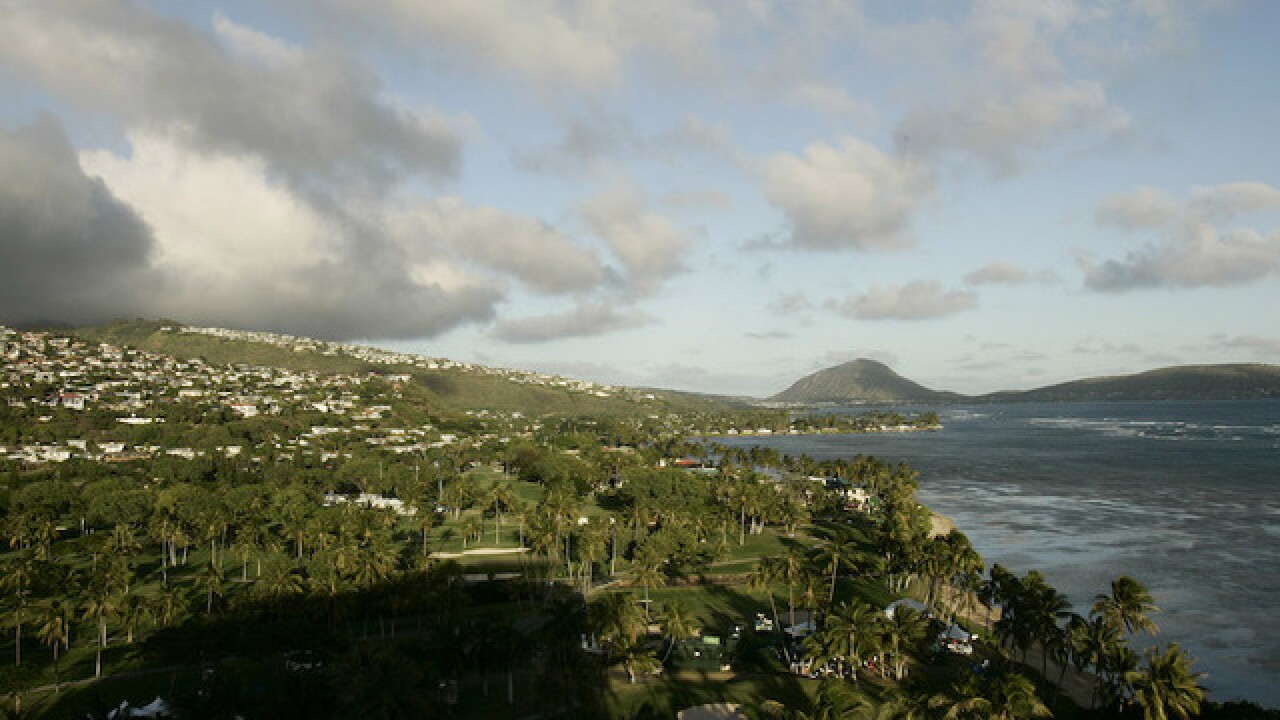 HONOLULU (AP) — Hawaii lawmakers are considering decriminalizing prostitution in the state after the speaker of the House introduced a bill that would also legalize buying sex and acting as a pimp.

The proposal also would end a state law that says police officers cannot have sex with prostitutes in the course of investigations.

Transgender activist Tracy Ryan said she is trying to convince state lawmakers to pass the bill because transgender women are overrepresented in the sex trade and therefore disproportionately affected by criminalization laws.

House Speaker Joseph Souki said in an interview that he does not have a position on the bill and he introduced it as a favor for Ryan.

"I don't like seeing people sent to jail that don't belong there," Ryan said.

But long-time anti-sex trafficking advocate Kathryn Xian said legalizing the selling, promoting or buying of sex would make it harder to police the industry.

"If this bill passes and everything was no crime whatsoever, then abuses against women and children would just shoot through the freaking roof," Xian said. "It would be exponentially harder to prove violence in the industry. It would be almost impossible to prove any sort of labor abuse."

Asked about the part of the bill that strikes language preventing police from having sex with prostitutes during investigations, Souki said: "No, again I have nothing to say about the bill."

Hawaii has an unusual history with prostitution investigations. Until 2014, it was legal for police officers to have sex with prostitutes as part of investigations, but state lawmakers changed that after The Associated Press highlighted the loophole in a story.

The Honolulu Police Department did not immediately respond to a telephone message seeking comment about the bill.

Ryan wants to preserve the law preventing police from having sex with prostitutes to arrest them if the bill does not pass, but "if they can't arrest them anyway because it's no longer illegal, it's a moot point," she said.

Honolulu Prosecuting Attorney Keith Kaneshiro said the bill would make it harder to address global sex trafficking because "it would be more difficult to find the bad actors, more difficult to get witnesses to make cases."

Michael Golojuch Jr., chairman of the LGBT caucus of the Democratic Party of Hawaii, said transgender women are overrepresented compared with other women in the sex trade because the discrimination they face leads some to feel it's the only kind of work they can get.

Golojuch personally supports the idea of decriminalizing prostitution, but he said he and the caucus had not yet taken an official position on the bill.

"My dream job would be union organizer for consensual sex workers," Golojuch said. "It would be great for people who want to do that work to unionize them and empower them so that they are taken care of."

Not everyone thinks legalizing prostitution would benefit sex workers.

"By normalizing sexual exploitation and recasting it as a career choice that has no harms attached, we're creating a setting and a system where we are OK with objectifying women, where we're OK with buying other human beings' bodies, and that has effects that are far-reaching in terms of how women are treated," said Khara Jabola, chapter coordinator of Af3irm Hawaii, a feminist group.

The bill and another to decriminalize marijuana may be part of a push to reduce the prison population, House Majority Leader Scott Saiki said.

But any decriminalization bills are unlikely to pass before the Legislature gets a report from a working group that has been meeting on the topic. That report isn't expected before the session ends, Saiki said.