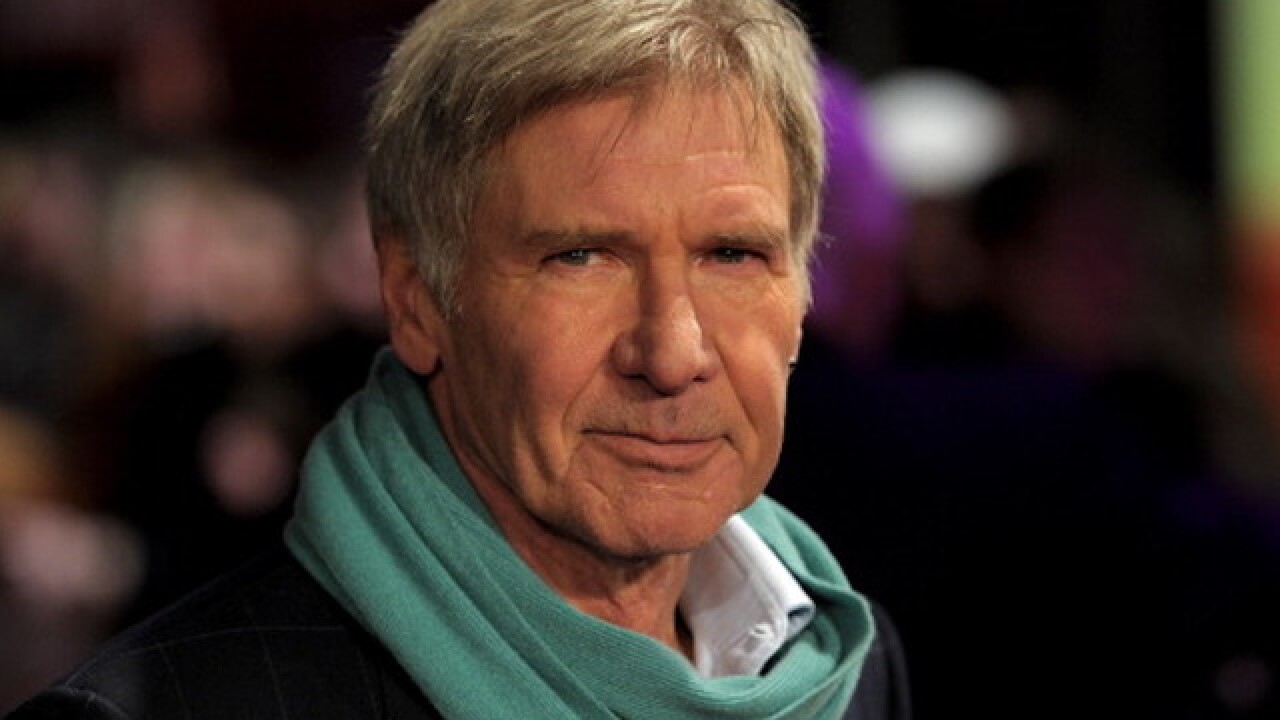 SEATTLE (CNNMoney) -- Harrison Ford was aboard a small plane that landed on a taxiway of a California airport, flying directly over a waiting American Airlines 737, federal officials said.
The Federal Aviation Administration, which has not identified who was piloting the plane, is investigating this incident.
According to the FAA, the actor's Aviat Husky single-engine propellor plane was cleared to land on Runway 20L at John Wayne Airport in Orange County, Monday afternoon. The FAA said the pilot repeated the approved landing clearance back to the air traffic controller.
"The pilot then landed on a taxiway that runs parallel to the runway, overflying a Boeing 737 that was holding short of the runway," the FAA said in a statement.
The 737-800, operated by American Airlines, had 110 passengers and six crew aboard. The flight departed the gate from Orange County for Dallas just after noon.
The National Transportation Safety Board said that it was told Ford was involved in a landing incident at John Wayne airport. They are gathering more information and have not determined whether they will investigate just yet.
The NTSB did not specify that Ford was the pilot.
A representative for the actor declined to comment.
American Airlines said it is aware of the incident and has reported it to the FAA and NTSB.
Ford, 74, is best known as the rogue smuggler pilot in "Star Wars" or the risk taking professor Indiana Jones.
In real life, he is an avid aviator of both helicopter and fixed-wing aircraft.
Ford experienced an engine failure on his single-engine Ryan Aeronautical ST3KR in March 2015, performing an emergency landing on a golf course. Ford was seriously injured in the accident and the NTSB traced the cause to a failed part inside the engine's carburetor.
He was honored in 2010 with the Wright Brothers Memorial Trophy, one of aviation's highest honors from the National Aeronautic Association.
The-CNN-Wire
™ & © 2017 Cable News Network, Inc., a Time Warner Company. All rights reserved.
KTNV