Clinton runs into problems getting on NYC subway 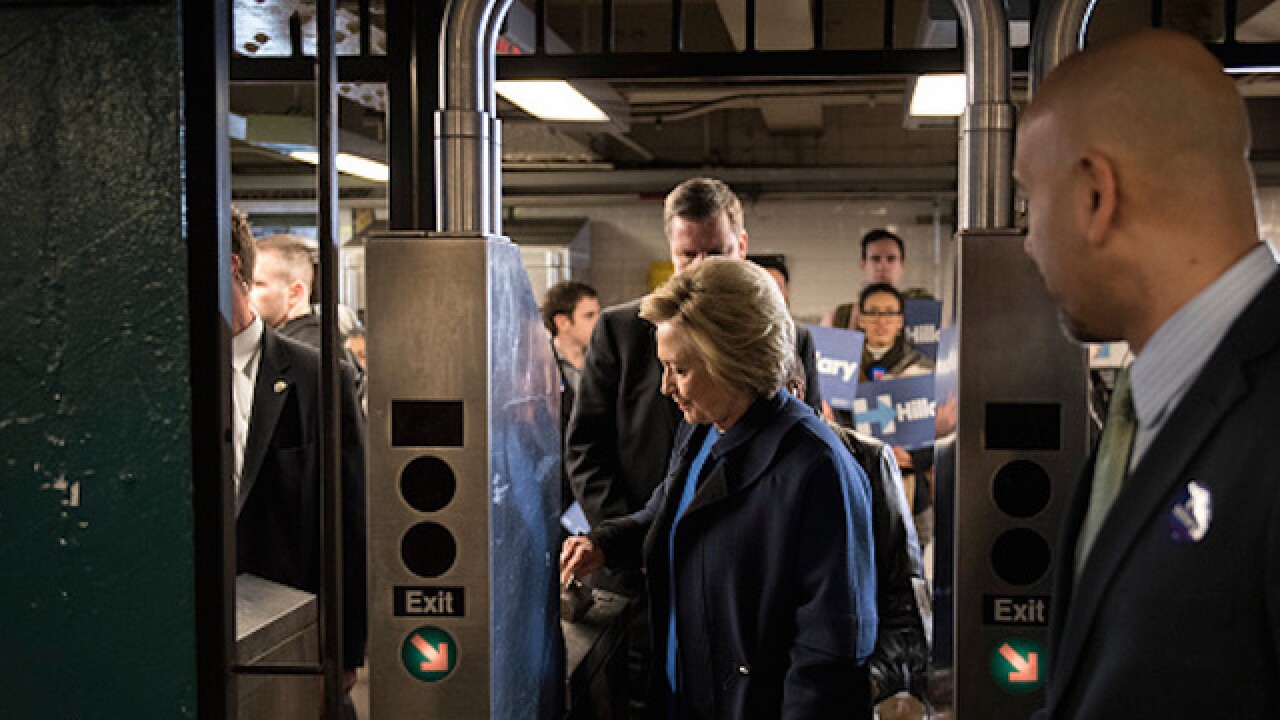 Andrew Renneisen
<p>NEW YORK, NEW YORK - APRIL 07: Democratic presidential candidate Hillary Clinton swipes a MetroCard to ride the No. 4 train as she campaigns on April 7, 2016 in the Bronx borough of New York City. The former U.S. secretary of state first spoke outside of Yankee Stadium before riding the subway from the 161st Street station to the 170th Street station. (Photo by Andrew Renneisen/Getty Images)</p>

New Yorkers make it look so easy. In one motion, their Transit card goes from wallet to hand to scanner, never breaking stride as they make their way to their train.

It’s been awhile since presidential candidate Hillary Clinton has lived in the state of New York, so she was understandably out of rhythm on Thursday when she went for a ride on the subway in New York City.

After a few missteps (and some help from a fellow commuter), Clinton was finally able to make it through the turnstile. Hopefully, she didn’t get charged for more than one fare.

Clinton is currently campaigning ahead of the New York primary, which takes place April 19. According to FiveThirtyEight, Clinton currently leads Vermont senator Bernie Sanders by an average of 16 points in a number of national polls.