'Hamilton' actor says there's 'nothing to apologize for' regarding Pence comments 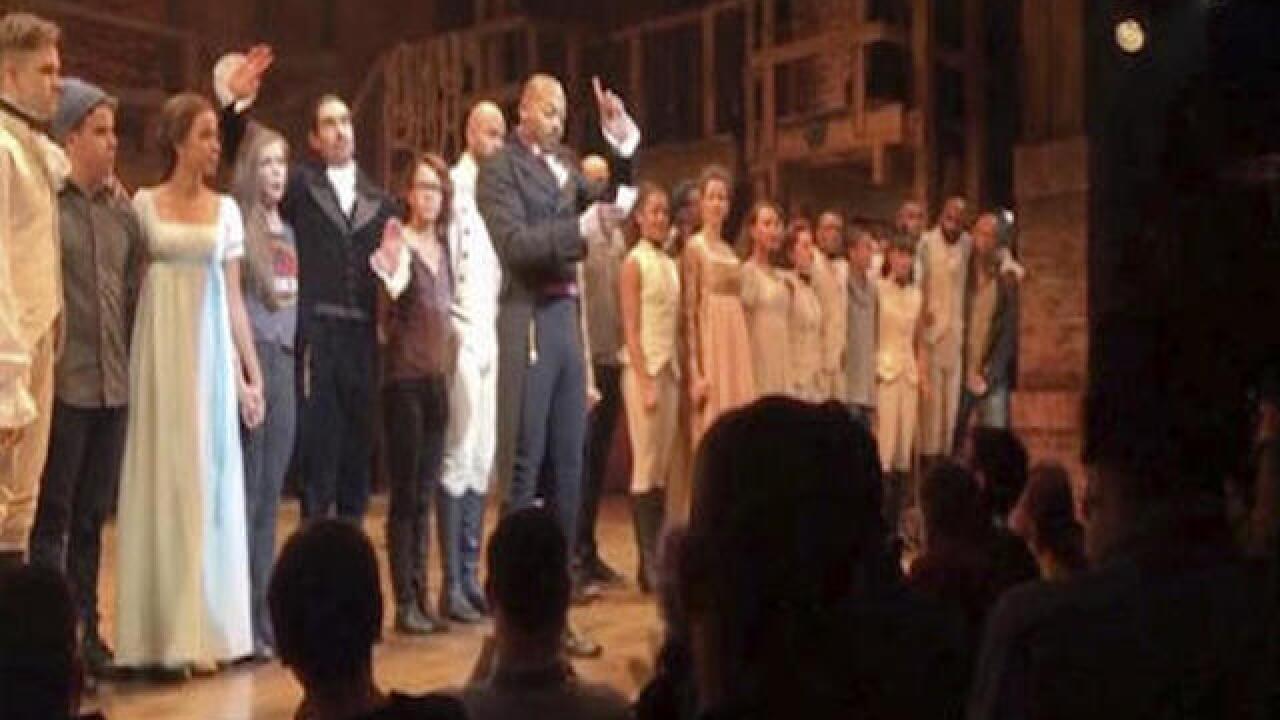 Copyright Associated Press
<p>In this image made from a video provided by Hamilton LLC, actor Brandon Victor Dixon who plays Aaron Burr, the nation&rsquo;s third vice president, in &quot;Hamilton&quot; speaks from the stage after the curtain call in New York, Friday, Nov. 18, 2016. Vice President-elect Mike Pence is the latest celebrity to attend the Broadway hit &quot;Hamilton,&quot; but the first to get a sharp message from a cast member from the stage. (Hamilton LLC via AP)</p>

NEW YORK (AP) — If Donald Trump is waiting for an apology from the cast of "Hamilton," he will have to continue to wait.

Actor Brandon Victor Dixon, who plays Aaron Burr in the celebrated musical, told "CBS This Morning" on Monday that "there's nothing to apologize for." Dixon gave Vice President-elect Mike Pence an onstage earful about equality at the end of Friday's performance.

Trump has taken to Twitter to demand an apology.

Dixon said "Hamilton" creator Lin-Manuel Miranda had a hand in crafting Dixon's remarks, although Dixon said he "made some adjustments."

Dixon said that both Trump and Pence are welcome to come backstage and meet with the cast at any time, adding, "Art is meant to bring people together."