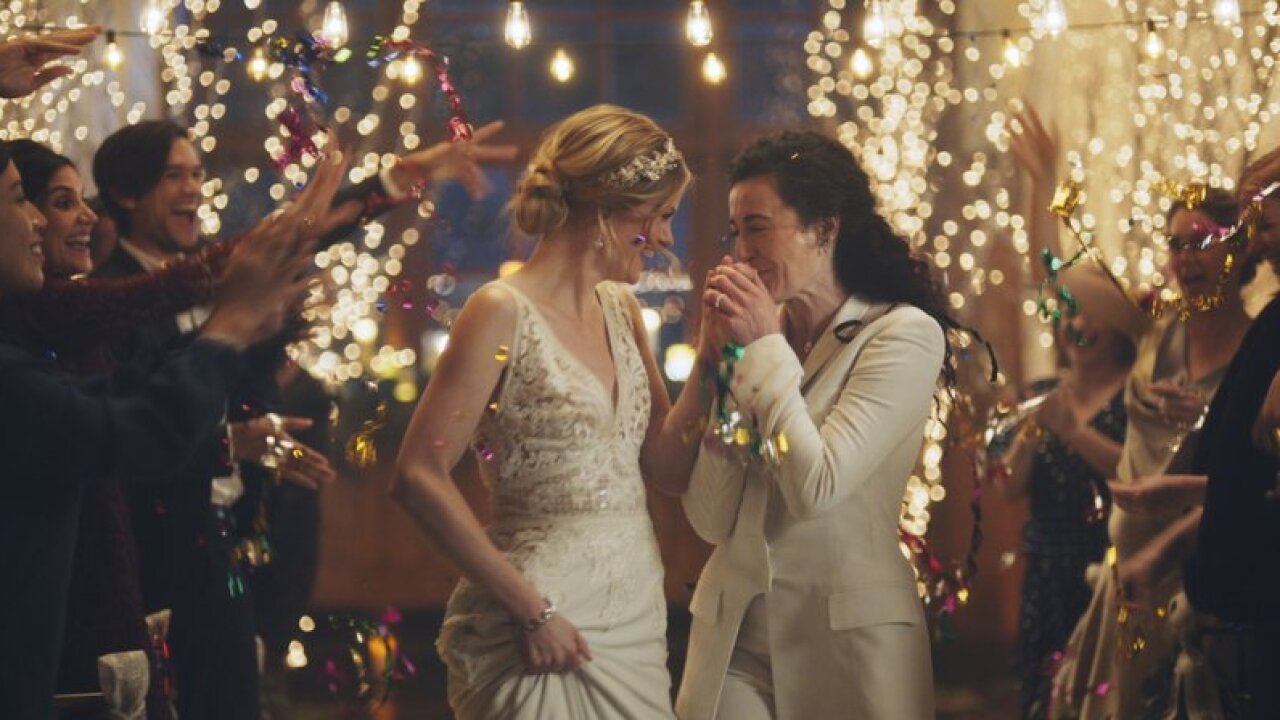 Zola via AP
This image made from undated video provided by Zola shows a scene of its advertisement. Under pressure from a conservative advocacy group, The Hallmark Channel has pulled the ads for wedding-planning website Zola that featured same-sex couples, including two brides kissing. The family-friendly network, which is in the midst of its heavily watched holiday programming, removed the ads because the controversy was a distraction, a spokesperson said in an interview on Saturday, Dec. 14, 2019. (Zola via AP)

NEW YORK (AP) — The Hallmark Channel faced some bitter criticism on social media Sunday over its decision to pull ads for a wedding planning site featuring two brides kissing at the altar.

The network pulled the ads for the Zola website following a complaint from the conservative group One Million Moms.

A Hallmark spokesperson told the Associated Press the network had pulled the ads because the controversy was creating a distraction.

A BoycottHallmark hashtag was trending on Twitter at one point, and celebrities including Ellen DeGeneres, William Shatner and Sandra Bernhard blasted the decision on Twitter.

Isn’t it almost 2020? @hallmarkchannel, @billabbottHC... what are you thinking? Please explain. We’re all ears.