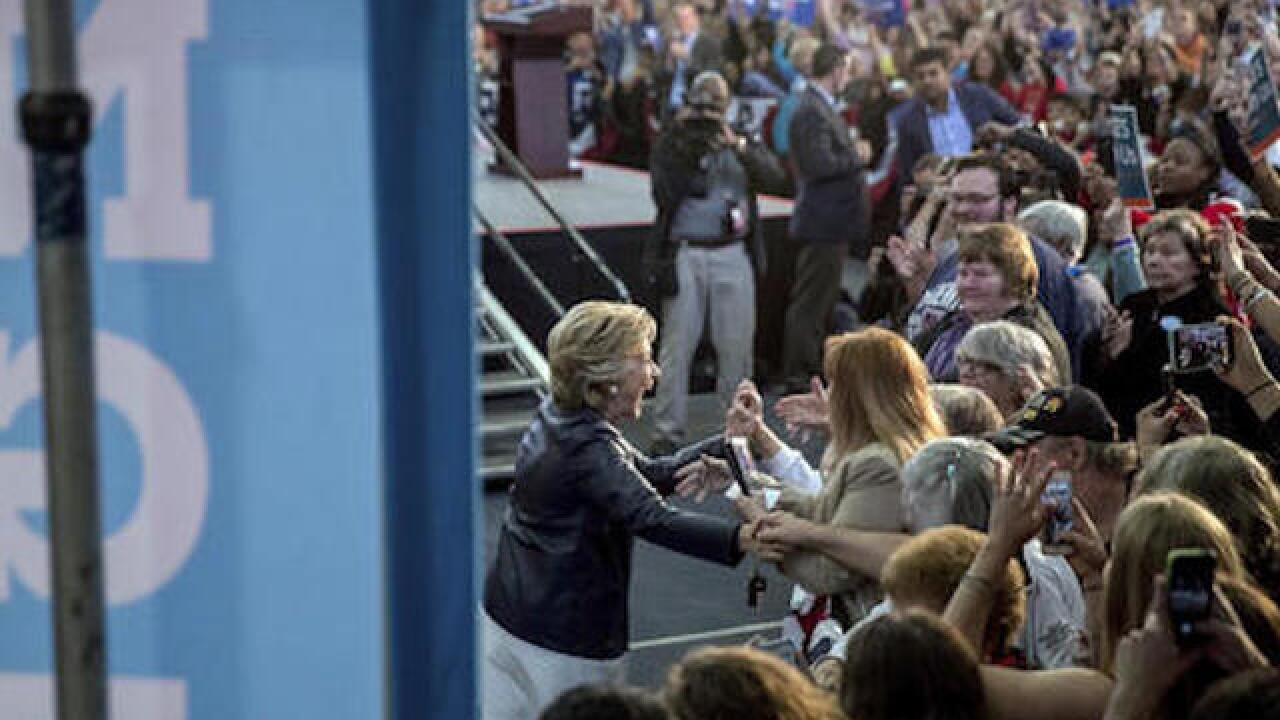 The April 2011 email exchange details a brief conversation between current Clinton Communications Director Jennifer Palmieri and John Halpin, a senior fellow at the Center for American Progress, a Democratic think tank with close ties to the Clinton campaign and the Obama White House.

Halpin wrote that "the most powerful elements of the conservative movement are all Catholic" and described their positions as "an amazing bastardization of the faith."

"They must be attracted to the systematic thought and severely backwards gender relations and must be totally unaware of Christian democracy," Halpin wrote.

Clinton campaign chairman John Podesta was included in the email conversation but did not respond.

Palmieri, who was at the Center for American Progress at the time, responded that Catholicism "is the most socially acceptable politically conservative religion. Their rich friends wouldn't understand if they became evangelicals."

The exchange was revealed this week among thousands of hacked Podesta emails made public by Wikileaks. Podesta says the FBI is investigating the matter as part of a broader investigation into Russian hacking of Democratic groups.

The comments sparked an outcry from the Trump campaign and its Republican allies who are eager to go on the offensive as Trump struggles with his own party. GOP leaders and many elected Republicans distanced themselves from their own presidential nominee after after Trump's sexually predatory language was revealed on video last week.

"Anybody of religion, I really think you have to vote for Donald Trump," he said.

House Speaker Paul Ryan, R-Wis., who has distanced himself from the Trump campaign, called the emails "staggering."

Ryan, who is Catholic, released a statement Wednesday saying: "If anything, these statements reveal the Clinton campaign's hostile attitude toward people of faith in general. ... All Americans of faith should take a long, hard look at this and decide if these are the values we want to be represented in our next president."

Palmieri told reporters traveling with Clinton on Wednesday that she doesn't recognize the hacked email, although she wouldn't say explicitly whether she believes it had been forged. The Clinton campaign has noted that Russian hackers have been known to fake information, but the campaign has not pointed to a specific example of a hacked email being altered.

Trump allies, in a conference call organized by his campaign, compared the email exchange to the persecution of the Irish in the early 19th century.

The Center for American Progress released a statement that did not authenticate the email exchange, but said Halpin, a Catholic, "has spent his career advocating and fighting for the common good and improving the lives of all Americans as a key tenet of his Catholic faith."