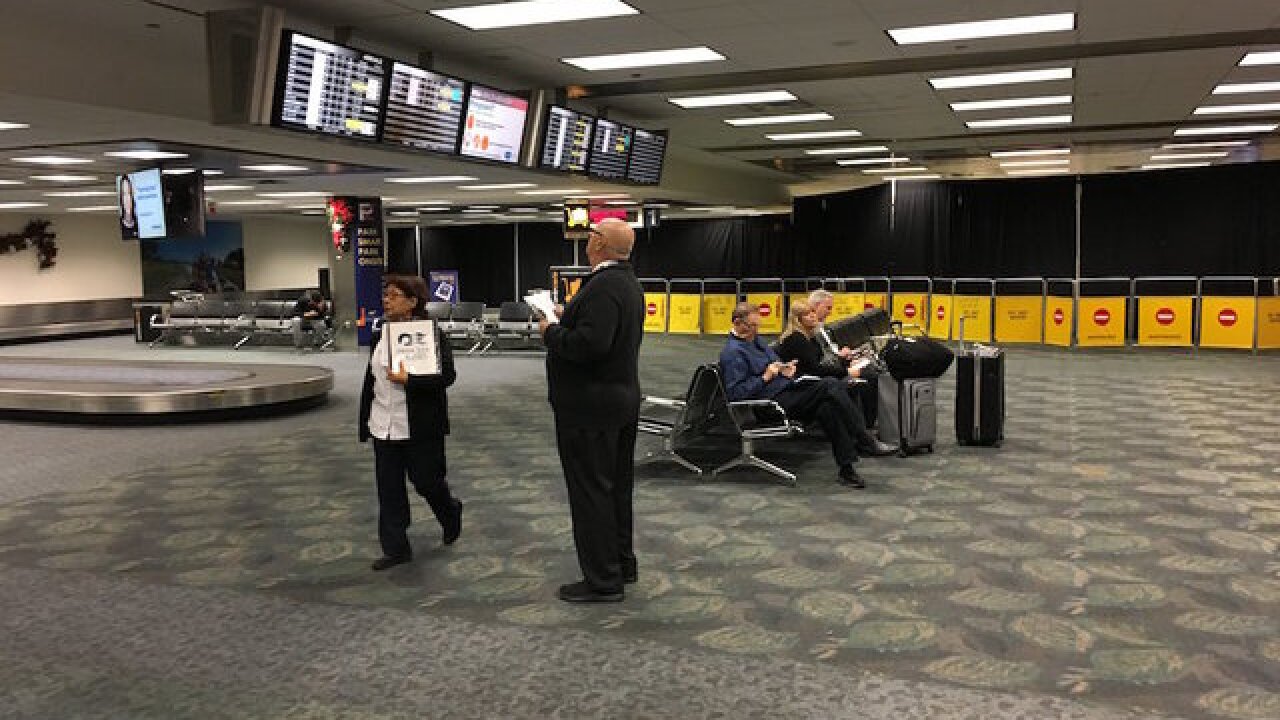 (CNN) -- As the bullets flew, Annika Dean cowered behind a luggage cart, praying her two sons wouldn't have to grow up without a mother.

There was no place to hide. Had she tried to run, she would have been directly in the path of the gunman who had opened fire at Fort Lauderdale-Hollywood International Airport.

That's when Tony Bartosiewicz, a man Dean didn't know, shielded her and said, "I will protect you."

"He was my guardian angel," Dean told CNN's Alisyn Camerota on "New Day" on Monday, as she recounted last week's harrowing experience.

Esteban Santiago confessed to planning the shooting on Friday afternoon that killed five people and wounded several others. The mayor said the attacks were random.

Dean said she saw Santiago coming toward her and dropped to the ground.

"There was no escape," she said.

"I just began to pray, prayed that my children wouldnt lose their mother. Prayed that they wouldn't have a seriously injured mother."

But when Bartosiewicz gave her cover, she felt safe.

"He could have dropped right where he was at," she said. "Instead he chose in the process to shield another human being and save my life."

She predicts that they laid there for another minute before police arrived, and said Bartosiewicz told her that a shot was fired over them. She said she spent the rest of their time together thanking him.

"I told him how comforting his shield was during this horrifying experience," she said.

When Dean got home, she just hugged her kids, who were shaken up at the thought of a different outcome.

"My entire family...all of my friends...we are all just really grateful to Tony," she said. "He's a hero."