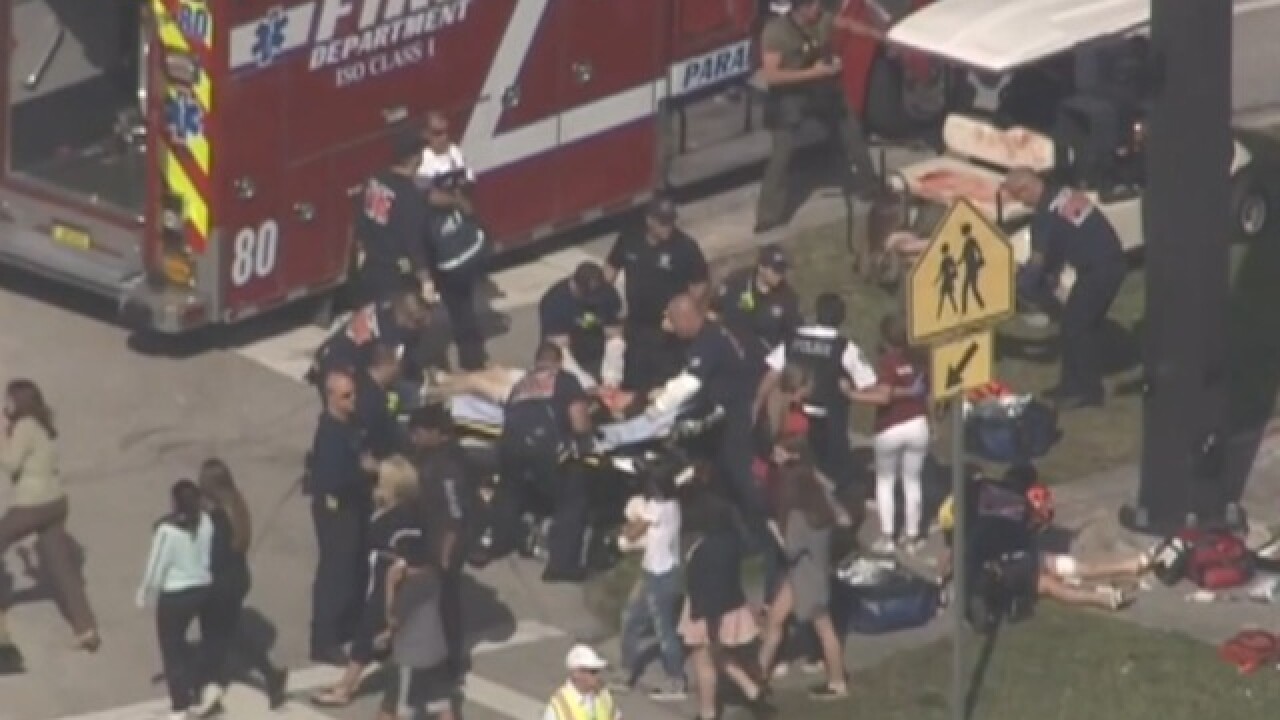 High school students across the country could soon receive training on how to stop bleeding during an incident like a school shooting, and the federal government is offering a big grant to make this happen.

This week, Clay High School in Oregon, Ohio became one of the few schools to add Stop the Bleed kits in 90 classrooms, thanks to the proposal of student Nick McNeal.

McNeal brought the idea to his school’s student government program, and after much persistence, his school passed out the kits to all teachers earlier this week.

"Now it's a matter of, how can we keep our kids safe in addition to education," says school principal James Jurski.

Now, the Department of Homeland Security wants to make sure even more teachers and students are prepared to do what they can to minimize casualties in the event of a school shooting. Officials are offering $1.8 million to anyone who can come up with a trauma-training program that could be utilized on a national scale.

Jurski says in 2018, it's just a necessity that schools prepare for these situations, but he admitted it is frustrating that it has come to this.

“Every teacher in the building went into education to educate students,” explains Jurski. “And I don't think there’s a time, at least when I went to school, where safety was even mentioned in our training. Now, it’s just become a way of life."

Homeland Security officials will be taking grant submissions until Aug. 27.