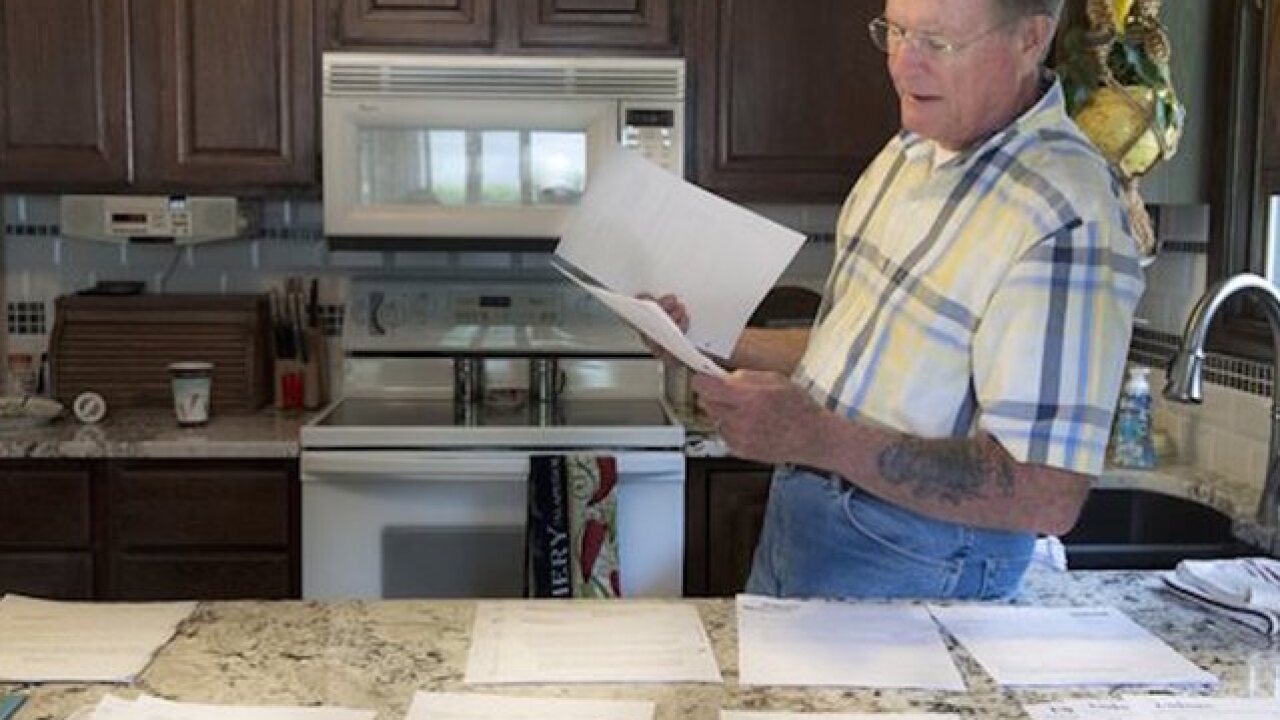 Gwyneth Roberts
<p>In this photo taken Monday, May 9, 2016, Chuck Zellers, of Lincoln, Neb., looks through some of the records and paperwork he has accumulated while trying to fix a Social Security error that declared him deceased. (Gwyneth Roberts/The Journal-Star via AP) LOCAL TELEVISION OUT; KOLN-TV OUT; KGIN-TV OUT; KLKN-TV OUT; MANDATORY CREDIT</p>

Chuck Zellers learned of his demise in March after his Social Security deposit was removed from his bank account while he and his wife, Alice, were in Arizona, he told the Lincoln Journal Star.

They talked to a woman at the Social Security office who checked her computer and told him, "'Oh, by golly, you are dead,'" Zellers said.

"She told me it could be a funeral home declared you deceased; or that someone just put in a wrong keystroke or something like that," he said.

But Zellers, 73, admitted he will probably never know how it happened.

So, he's spent the past few weeks going from agency to agency, business to business, proving with various documents that Charles Richard Zellers II, of Lincoln, Nebraska, is not dead yet.

It was "a lot of driving and a lot of calling," he said.

He retired from his computer job at Unisys in 2000, and since then his pension and Social Security checks have been his main source of income. He hadn't received either check in over two months.

Luckily, when he cut his Arizona trip short and returned home, his local Social Security office paid him what he was owed — but only after they saw him alive.

His Veteran's Administration disability payments were recently reinstated and his credit rating is also back.

"It looks like they are reversing things for me," Zellers said.