GOP senators incensed by Schiff's 'head on a pike' remark 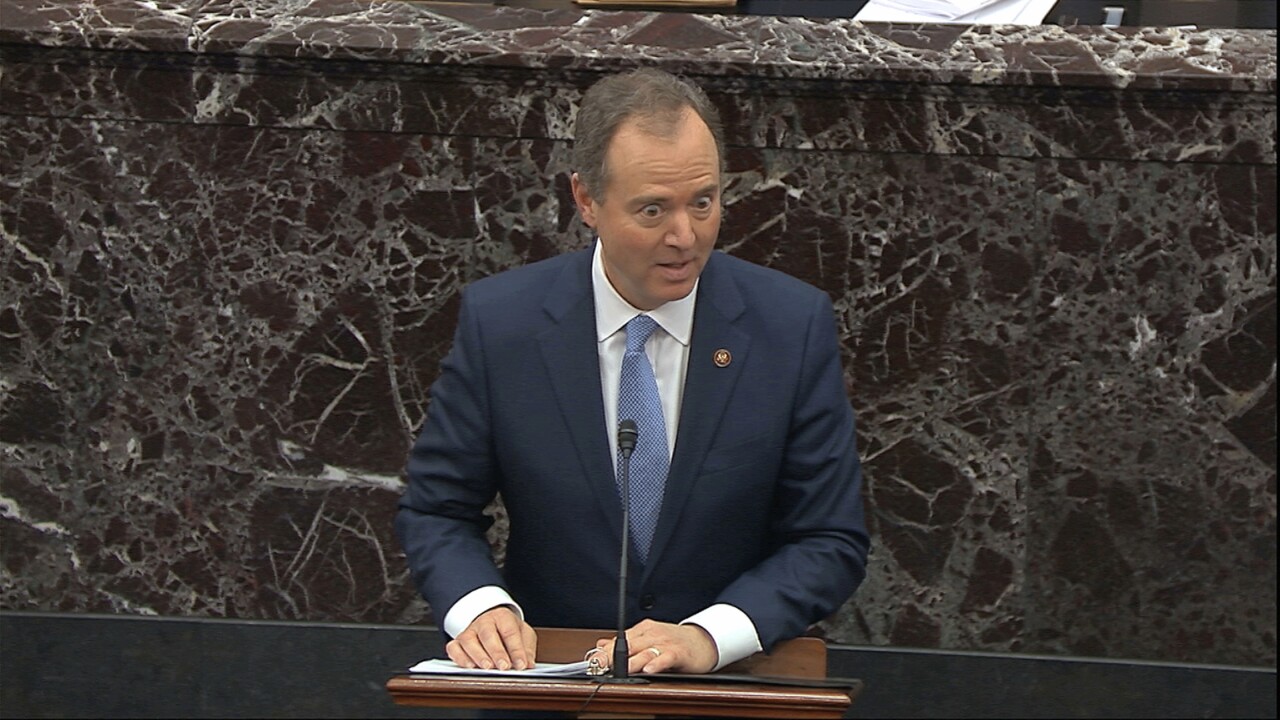 That includes key moderate Republicans whose votes on the two articles of impeachment aren't known. Schiff had the chamber rapt with most of his closing remarks, in which he said keeping Trump in office would be a wound from which the nation wouldn't recover.

Then he mentioned a CBS News report that the White House has told wavering Republicans that if they voted against the president, they'd have their heads on a “pike.” No Republican has confirmed that.

" I have to say, when I read that, and I don't know if that's true, but when I read that, I was struck by the irony. By the irony. I hope it's not true," Schiff said. "I hope it's not true. But I was struck by the irony of the idea, when we're talking about a president who would make himself a monarch that whoever that was would use the terminology of a penalty that was imposed by a monarch, a head on a pike."