GOP Congressman: 'What have minorities given to civilization?' 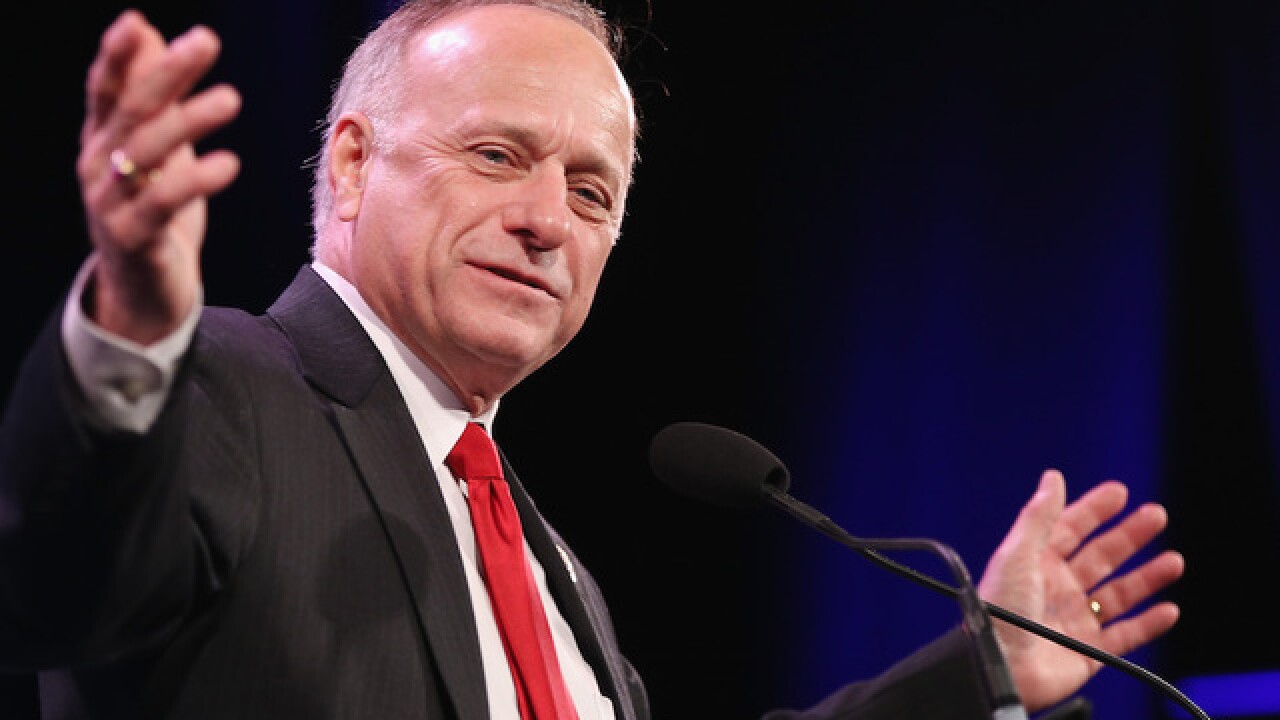 CLEVELAND (AP) — Iowa Republican U.S. Rep. Steve King, one of the most conservative members of Congress and a harsh critic of immigration, has questioned the contributions to civilization of groups of people who aren't white.

During an appearance Monday on MSNBC from the site of the Republican National Convention in Cleveland, King responded to comments on the racial makeup of the convention crowd, which is largely white.

"This whole old white people business does get a little tired," he said. "I'd ask you to go back through history and figure out where are these contributions that have been made by these other categories of people that you're talking about? Where did any other subgroup of people contribute more to civilization?"

When asked by host Chris Hayes whether he meant contributions by "white people," King made a more general statement. King said he was referring to "Western civilization itself, that's rooted in Western Europe, Eastern Europe and the United States of America, and every place where the footprint of Christianity settled the world. That's all of Western civilization," he said.

The comments sparked a heated response from Urban Radio Networks reporter April Ryan and Esquire writer Charles Pierce, who were also on the panel. Hayes quickly moved on with the segment after noting that, "If you're looking at the ledger of Western civilization, for every flourishing democracy, you have Hitler and Stalin as well."

In a later conversation between Ryan and Hayes on Periscope , Ryan said she was "kind of shaken" by what she described as King's "in my face racism." Hayes said he thought during the segment that a debate on "what's the best race" would be "preposterous."

A spokeswoman for King hasn't responded to a request for comment on the congressman's remarks.