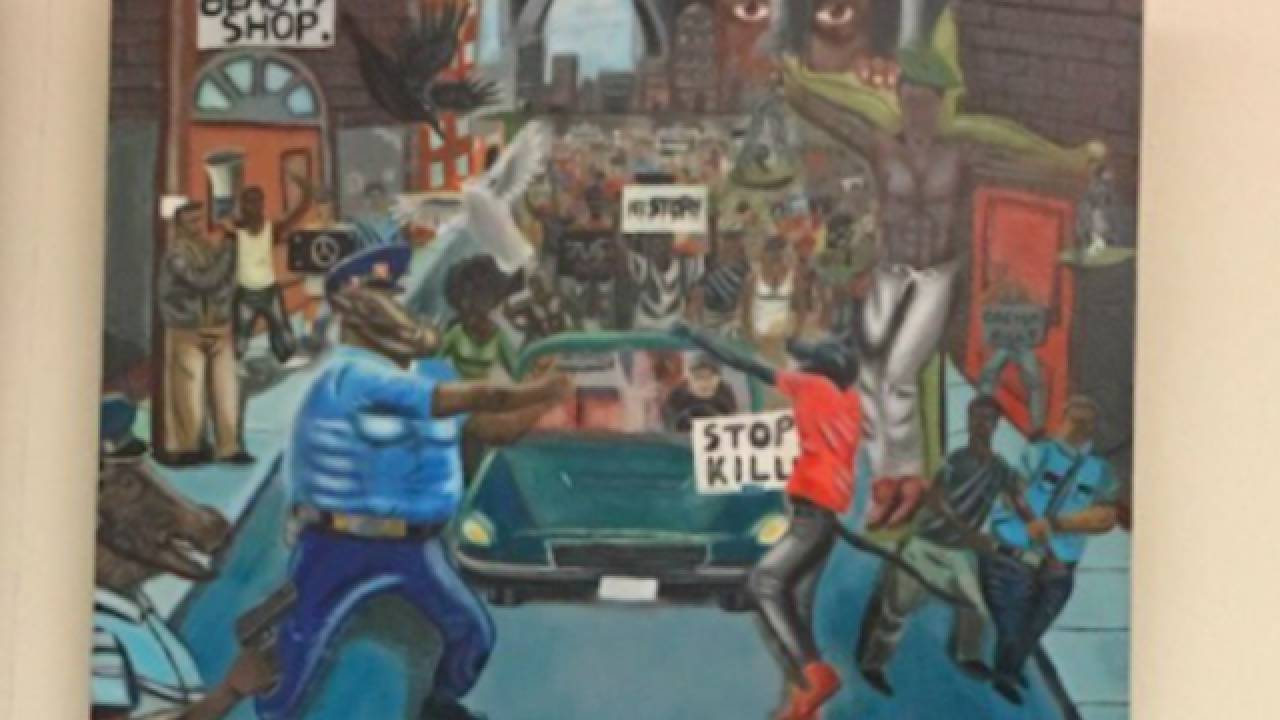 Copyright 2017 Scripps Media, Inc. All rights reserved. This material may not be published, broadcast, rewritten, or redistributed.
<p>A GOP congressman removed this painting from the US Capitol on Friday because he was offended that it depicted police officers as pigs. (Matt Fuller/Twitter)</p>

A congressman personally removed a painting from a wall in the Capitol building Friday because the painting depicted police officers as pigs.

Rep. Duncan Hunter (R-Ca.) and his colleagues unscrewed the painting from the wall after a GOP meeting in which the painting was discussed.

“I found it offensive. I think it's offensive to the men and women who protect our country. I was in the Marine Corps,” Hunter told USA Today. “The U.S. Capitol is not the right place."

The painting was on display as part of a program that features works of art by high school students from every congressional district. According to USA Today, the piece was painted by a student from Missouri’s 1st District, which includes St. Louis. The district is represented by Democrat Lacy Clay.

This was the painting that Duncan Hunter removed. pic.twitter.com/GxCEEOQ6qP

Hunter returned the painting to Clay’s office. A spokesman for Clay has yet to comment on the painting.

Hunter says he hasn’t received any pushback from his colleagues, and has received a thank you from the D.C. Fraternal Order of Police.