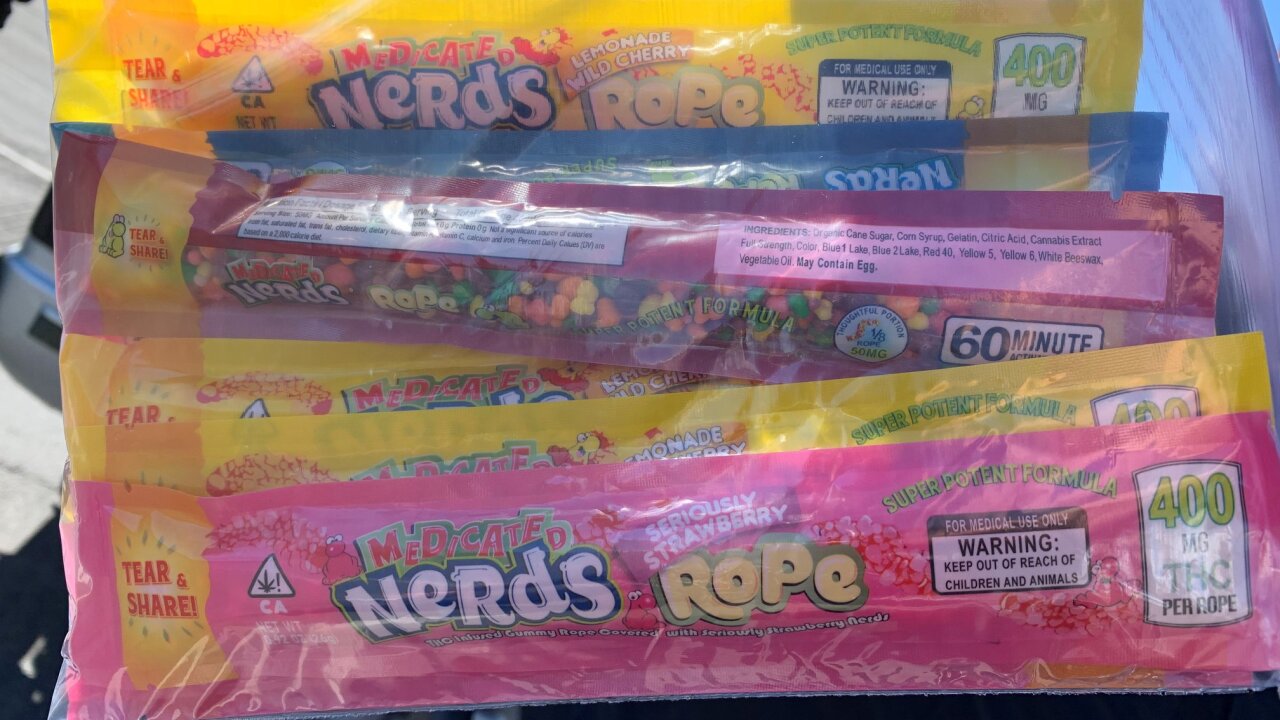 According to a Facebook post from the Roy City Police Department , three or four "Medicated Nerds Ropes" were placed into each bag, and 63 of those bags were distributed to 63 families from the food bank's distribution point at Roy Baptist Church.

The candy packets are labeled as containing 400 milligrams of THC per 26 gram rope. They also have warning labels to keep away from children or animals.

An 11-year-old girl is being treated in a hospital after eating some of the marijuana-infused candy, police said.

The candy was removed from more bags of food that had not been distributed yet.

Police are attempting to contact families who left contact information when they collected food from the location.

Police ask anyone who received food from the church Friday morning to check for the candy, and to contact them at 801-629-8221 to have an officer collect it.

Police are investigating, but believe no other locations received and distributed the candy.

This article was written by Spencer Burt for KSTU.