'I'm having an Aleppo moment': Gary Johnson has trouble naming a foreign leader 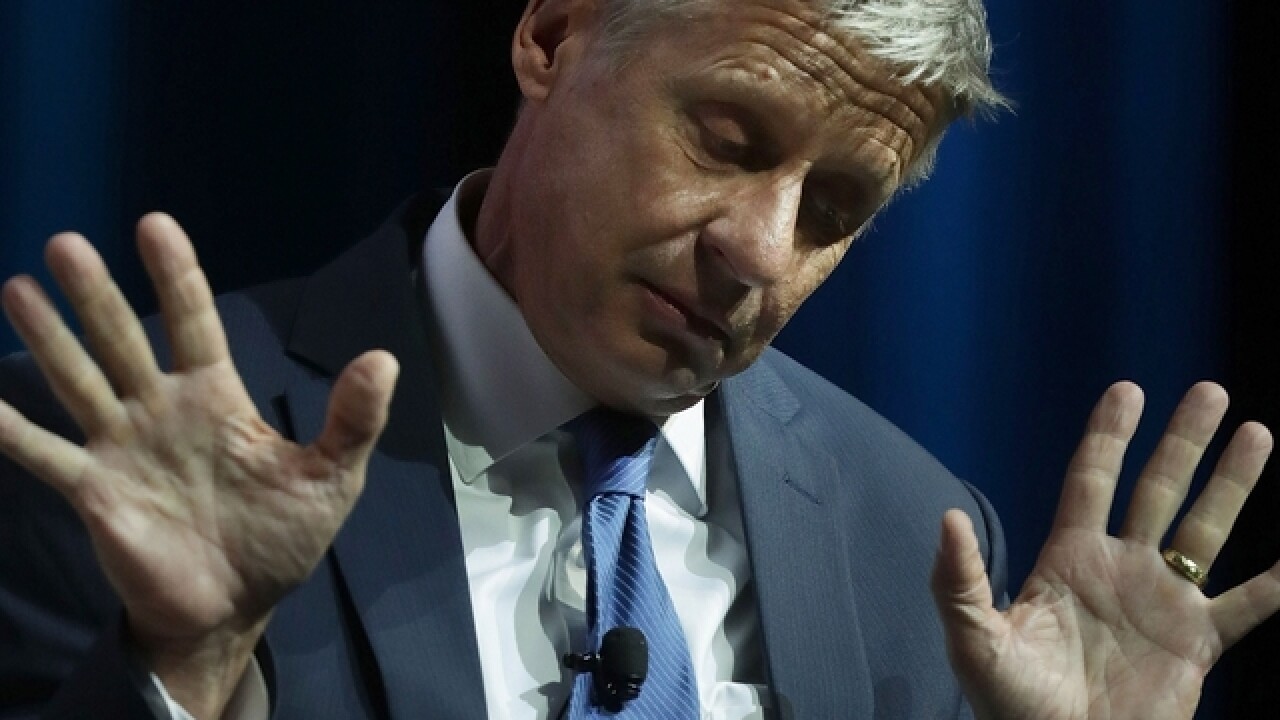 For the second time this month, Libertarian presidential candidate spaced out in a nationally-televised interview. Wednesday’s gaffe came during an interview with MSNBC’s Chris Matthews.

Matthews asked Johnson to name his “favorite foreign leader,” but the former New Mexico government had trouble coming up with a name.

Matthews even walked Johnson through a tour of the world, naming “Canada, Mexico, Europe, Asia, South America, Africa,” but still Johnson couldn’t come up with a name.

“I guess I’m having an ‘Aleppo moment’ in naming the former president of Mexico,” Johnson said.

Johnson eventually arrived at former Mexican president Vicente Fox, but not until after he was prompted by his running mate, Bill Weld.

Earlier this month during an interview on MSNBC, Johnson asked “What is Aleppo?” when asked what he would do to aid the Syrian city if he were president.

Though Johnson is still polling high as a third-party candidate, he was not invited the to the first presidential debate on Monday.

Here's the video— Gary Johnson says he's having an "Aleppo moment" when he can't name a world leader he respects: https://t.co/7oRLTW5Jep